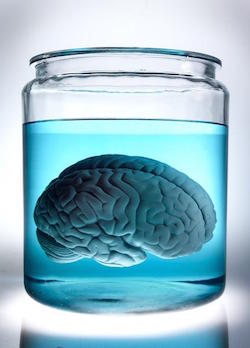 People say odd things about the 100 to 1,500% returns they’ve made from home ownership.

What you’ll notice if you observe this as only an obsessive property-loser like me could – green eyes pressed up against their fancy bi-fold doors, watching them toast their non-existent mortgages – is how the line varies.

Some clearly do believe their house price gains are real money, because they’ll inform you they foresaw stratospheric rises when they bought a bedsit in Balham in the early 1990s for £20,000 that’s now worth £500,000.

When such gurus speak I get out my notebook and learn all I can. It’s not often you meet prescient financial wizards.

More often, thankfully, I hear the ‘only paper money’ sentiments offered not unkindly as a consolation to people who don’t own their own home.

Yet saying your six-figure house price gains aren’t real comes across as about as self-aware as a supermodel giving tips on succeeding on Tinder by wearing a hat.

Agreed, the homeowner will have paid a mortgage on top – but remember the We All Have To Live Somewhere clause.

Non-homeowners pay rent, moving costs, and they go to IKEA, too.

We can quibble about the precise numbers, but given landlords (i.e. professional homeowners) aim to profit from renters, it’s clear owning over the long-term isn’t usually a bigger financial burden than renting a similar property.

Person B didn’t, rented instead, and doesn’t.

Yet I’m told Person A is not better off than Person B, because it’s not real money.

Have I got that right?

Mental accountancy: The number of the beast

I’m having fun, but this isn’t really a post about the specifics of house prices, or the rights and wrongs of the market – or even sour grapes!

(And yes, I do still owe you an article on why I did finally buy my own flat. It’s coming. Prepare for an anti-climax.)

Today I’m more focusing on this mental accounting people do.

Mental accounting is why they say their home is not an investment, and that house price gains and losses aren’t real.

Their mental accounting is also what can make them sound so insensitive when they tell you they’re not really better off, because when they sell this £1m property they’ll only have to buy another bloody one.

In reality they could sell-up, rent, and have all that cash in the bank, or in a diversified portfolio of shares.2

But the house equity lives in a different mental bucket, so they rarely see it that way.

Mental accountants I have known

I have a close friend who is of the ‘house gains aren’t real money’ mindset.

Helped by a chunky family-funded deposit, he bought his first flat in a gentrifying part of South London in the late 1990s.

A bighearted person, he has often acknowledged his good fortune in getting help onto the ladder. He even charged me a mate’s rate rent as my landlord for a couple of years, which I didn’t expect and appreciated.

Yet he has shrugged off the growing value of his property assets over the years – even as the equity came to dwarf his other savings and any sensible multiple of his income – due to the ‘needing somewhere to live’ theory.

I saw things differently (increasingly so, as prices got away from me) and said so whenever the subject came up.

Things came to a head recently when he suggested I finally join him on one of his incredibly regular foreign holidays.

I’m also currently single and childless, he said – why not enjoy myself? After all, now I’d finally bought my own flat too I could surely let my hair down.

That – ahem – triggered me.

As tactfully as I could after 20 years debate and several glasses of wine, I pointed out that to buy my flat I’d had to find more than £500,000 from somewhere that he had never had to.

He might not consider his price gains real. But the price rises are very meaningful to someone who has to pay them in today’s market!

Not my finest hour, granted, but there’s only so much you can take of someone saying it’s meaningless trivia that they live in a property that would today cost them roughly 20-times their income before you snap.

His mental accounting met my mortgage budgeting, and there were fireworks.

…it’s actually worse than that. Because I’m sure you saw what I did there.

What earthly reason did I have to set holiday costs against the gains on his flat?

There is no good reason. I was just mentally bracketing them together in the moment to wallow in my martyrdom for a few minutes – and perhaps to get out of an expensive holiday without resorting to voicing environmental qualms or my tightwad tendencies. (I see them more attractively, of course!)

I was fudging the figures for both of us. Instead of his housing equity I could have mentally positioned my investment portfolio against his meager ISAs and booked us both tickets to go.

But sadly I’m only human (my exes may disagree) with the same fit-for-the-savannah mind as everyone else.

And achoring, framing – many of behavioural finance’s Greatest Hits – all featured in that exchange.

To be clear, I believe the passive investing mindset is the right way to go for most.

For that matter I’ve nothing against active investors diversifying out of winning shares, or gamblers resorting to mental accounting trickery to get some money off the table.

The key is to be aware when you’re doing it – because mental accounting can cause problems.

Consider an emergency fund. In my book, that’s a wodge of cash set aside to deal with emergencies.

Yet others will say their emergency fund is covered by their credit cards, or a share portfolio that they’ll sell down if they have to.

Such a strategy to meet cash needs may be right for them (I don’t advise it) but it does not have the characteristics of an emergency fund.

Credit limits can be cut – perhaps just when you need the cash, and in the worst case for the same reason. And if you’ve just lost your job and need ready money fast is that really the time to go into debt?

Even an allocation of cash in a portfolio that’s mentally accounted for as doing double-duty as an emergency fund might lead you astray.

Perhaps you’ll own few to no bonds because of that cash. Then the market crashes, there’s a recession, you get a lower-paying job – and while you do have the cash to see you through, you didn’t enjoy the counter-balancing benefits you might have had with bonds, because instead you had cash moonlighting in two roles at once.

Worst case is you sell your shares at the bottom, because as you withdraw and spend cash from your portfolio, what’s left comprises an ever-higher proportion of equities that are falling in value, until you get scared you’ll lose everything. If your emergency cash had been mentally accounted for and separate in its own savings account, you might have ridden it out.

The truth is you never had an emergency fund. You had a flawed mental model.

There are also societal consequences of mental accounting.

You might choose to think of your home equity as paper money or not an investment, because you have to live somewhere, or because the costs and time involved in selling make it somehow not an asset in your view.

But the widespread acceptance of such thinking leads to the situation where as a society we’re asked to have sympathy for cash-poor pensioners rattling around wholly-owned five-bedroom family homes in the midst of a housing crisis, when they could sell up, downsize, and be flush with spending money.

I try to counter my mental accounting with a giant spreadsheet.

This consists of a master sheet that details my best current estimate of my net worth from all sources.

Sub-sheets cover things like my share portfolio, my cash accounts, my unlisted investments, my flat, my mortgage, and other bits and pieces.

Some of the underlying sheets are updated automatically via the Web, others occasionally manually updated by me. The master sheet pulls from all of them.

Like this I can ‘bucket’ my money and investments as our brains seem to want us to do, but I also keep track of the true big picture.

I can also create novel perspectives on my financial status, by dividing various numbers by others. For instance I can work out my own debt-to-equity ratio, my liquidity position, or how exposed I am to property versus shares.

I break out what’s sheltered from taxes, and how, and what’s not.

In recent years I’ve even included an estimate of how exposed I am to different Brexit scenarios via the investments I’ve made (including my flat).

Some of this might seem wonky. But the point is I have many different angles on my finances – conventional and unusual – so it’s harder for me to delude myself.

If you do this, you might realize you’ve got more money tied up in your property than your pension, for example – or vice-versa.

You might see the £5,000 you keep in cash earning 1% that feels like such a drag on your returns is really just a small proportion of your total wealth including all your assets. It may be revealed as a small price to pay for the security of having cash on tap if required.

And if you don’t think your house gains are real money because it’d cost you to move, then fine, apply a discount of 5-10% on the appropriate sub-sheet. That’ll be a more accurate version of reality than pretending it’s still 1997.

Bottom line: However it’s wrapped up, whatever it’s earmarked for, whether it’s easy to get hold of or a right pain – it’s all the same real money.

Share your own examples of mental accounting in the comments below!

Previous post: Weekend reading: It’s not perfect, but historical data is the best we have to go on when investing