A brief history of behavioural finance 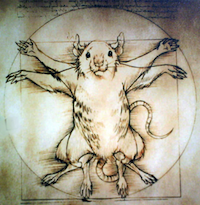 Behavioural finance has moved into the mainstream. In this guest post, Tim from The Psy-Fi Blog gets us up to speed.

Noble Prize winning committees aren’t renowned for consistency. Giving Barack Obama the Peace Prize for not being George W. Bush is a triumph of hope, but hardly based on rational analysis.

We might also wonder if the selection panel got its wires crossed when it awarded the Economics prize to a psychologist.

But it wasn’t just any old shrink who got the bauble. It was Daniel Kahneman, half of the dynamic duo that invented the whole topic of behavioural finance.

The other half, Amos Tversky, died in 1996. Between them, Tversky and Kahneman pump primed a change in the way we expect stocks to behave.

Outside credit rating agencies, it’s no longer enough to assume we can predict market movements on the basis of number crunching on a grand scale.

Now we need to take our own mental confusion into account.

A simple observation that changes everything

The revolution began when Daniel Kahneman noticed how explanations of changes in task performance were based on a mental model that had little to do with actual behaviour.

Airforce flight instructors believed that praising students after a good flight and criticising them after a bad one led to worse performance in the first case and better in the second. But Kahneman theorised that this was simply mean regression in action – that regardless of what the instructors said or did, a poor performance was likely to be followed by a better one and a good performance by a worse one.

This observation kicked off a whole range of discoveries, with ramifications that investors cannot afford to ignore.

In particular, that mean regression might be the underlying principle behind stock movements is an idea that’s been around for over a century – but it hasn’t prevented billions of pounds being made by analysts, gurus, tipsheets, advisers and the whole panoply of apparently omniscient soothsayers that inhabit the securities industry and charge for saying otherwise.

Tversky and Kahneman’s big idea means that this is all an utterly pointless waste of money. Most short-term market movements are simple mean regression in action. It’s only human mental confusion that attributes these random movements to some kind of underlying purpose.

As they dug through a series of remarkable experiments, Tversky and Kahneman began to uncover a previously unresearched series of behavioural biases – strange twists in human nature that cause us to act irrationally and against our own interests.

In Judgement Under Uncertainty (1973) they outlined a series of these behaviours. In doing so, they gave birth to behavioural finance.

In essence what they showed was that people don’t act rationally, as defined by correctly calculating the probabilities of events, especially rare ones.

Now you may not think that surprising. After all, we don’t spend our days carefully calculating risks and rewards.

Yet this was exactly the dominant approach of economics at the time – the so-called Efficient Markets Hypothesis, which argues that all information about a stock at any given time is embedded in a single value, the price.

Instead, Kahnemann and Tversky showed that there are regular patterns of irrationality that lie behind people’s behaviour:

Labeled in turn the representative heuristic, the availability bias and anchoring, these three behaviours do a pretty good job of derailing our attempts to rationalise about investments.

Next came Prospect Theory (1979) – the first attempt at an explanation for the strange asymmetric risk taking behaviour they’d observed.

As other researchers followed up on this research, a whole raft of added behavioural twitches came to light. We are, quite simply, a mass of contradictory and illogical behaviours, to the point where it’s a wonder we can get out of bed in the morning, let alone be trusted with a kettle and a gas hob.

In light of these discoveries, it’s not surprising that most people are advised to abandon attempts to pick individual stocks and simply buy the market via an index tracker instead.

Could behavioural finance be wrong, too?

But there’s another twist in the history of behavioural finance, which is that the uncovering of this unsuspected mental world of confusion has begun to bother some researchers.

They agree that we’re essentially highly-evolved apes with an instinct for survival honed in a very different environment. But they wonder how it’s possible to reconcile the contradictions discovered by psychologists in a way that means we can function at all.

The answer, it seems, is that behavioural finance may also be wrong, although in some very peculiar ways.

Their evidence comes from taking experiments out of the laboratory and into the real world, and also by trying to explain human behaviour using an integrated theory of mental processing that doesn’t look anything like the statistical analyses so beloved of financial researchers.

The economist John List, for example, has been described as the most hated man in economics, largely on account of how his real-world experiments have unpicked a range of the most cherished theories in finance.

List has shown that outside the laboratory people aren’t altruistic in the way they are inside it, and that loss aversion – the idea that people are symmetrically inclined to avoid taking a loss but happy to take a profit based on some arbitrary purchasing anchor point – is not a general psychological principle.

List’s main point that if you put people in a lab experiment they’ll behave the way you expect them to, not the way they’d do naturally (whatever that may be).

You don’t think like they thought you think, either

A second front on behavioural finance has opened up around the way that we actually process information.

Although behavioural finance is superficially very different from the old Efficient Markets approach, underlying it is a similar model of the way that we make decisions, suggesting we perform abstract statistical calculations. Behavioural finance says it’s just that in the behavioural models we get the answers wrong.

But some researchers are now arguing this is a mistaken view of the human brain, and that we do something much simpler, which yields similar results, using an idea known as satisficing.

Satisficing is simply an approach that means we take the best answer we can come up with, given the range of information we have available to us.

Bizarrely the satisficing theories suggests that while a certain amount of information about a certain topic will lead us to improved solutions, beyond this point our decision making accuracy goes down!

If true, it again means there’s a limit to the effectiveness of stock analysis – although that’s still no excuse for simply sticking pins into the price pages of the Financial Times.

Get your head examined

Scientific advance happens one funeral at a time, and resistance to the suggestion that behavioural finance is flawed is fierce. Progress happens only when someone finds a big enough pair of boots to kick down the old barriers.

That’s what Kahneman and Tversky started back in the 1970s, and the former’s Nobel Prize is unlikely to be the last time a psychologist wins the Economics prize.

Investors, meanwhile, should avoid wasting their money on hopeless explanations of future market movements. And if they can’t, perhaps they should go see a shrink instead?

Read more of Tim’s musings over on his Psy-Fi blog.

Next post: The bewitching appeal of Lloyds suspended preference shares