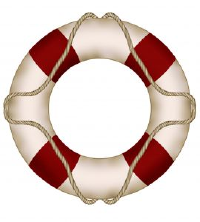 Moving to big bad London in the early 1990s, I was shocked to see the large number of homeless people sleeping rough under bridges and in squares in those days.

As I learned more, what surprised me – naively – was that some of these people had been living perfectly normal lives just a few months previously.

A sudden divorce, job loss, illness or a lurch into debt had set off a vicious spiral that eventually put them on the streets, as surely as drink or drug abuse did for the others.

More than two decades on from my wide-eyed self, I admit I still wonder how these particular people had left themselves so exposed to calamity.

I do remember that the loss of a home address was a critical factor back then, as without it you couldn’t claim benefits, receive paperwork or even apply for a job.

Thankfully I’ve never faced such circumstances. And I’m not going to pass judgment on those who have.

But you don’t get off so lightly! 🙂

If you don’t have an emergency fund – or a top priority to build one up – and you’re a Monevator reader, you’ve no excuse!

Why you must have an emergency fund

Anything can happen to anyone, more or less. That’s the starting point for why you need an emergency fund.

When you’ve got a job and good health and your income exceeds your outgoings, setting cash aside might not even occur to you.

But without savings, you’re walking a tightrope. The smallest shove has the potential to send you plunging.

You might not be hit by the life-changing factors that can send people to the streets, but there are plenty of other things that can go wrong:

Being a naturally pessimistic sort of chap, I could go on all day!

Sure, some of the above circumstances will be covered by insurance.

But even then, an event could (/will) happen that isn’t. It’s the nature of the beast that emergencies are often unexpected.

Also, remember that insurance payments can take a while to kick in, and winning the payments from some kinds of policies such as income protection insurance can be notoriously hit-and-miss.

Better to have savings in place, and insurance as a back up.

Lifestyles where you habitually dip in and out of debt are the most likely to get derailed by a cash call.

If you bought your kitchen on credit, you’ll assume that any unexpected outgoings can also be met by your credit card or a personal loan.

But what if the emergency is a drop in your income? Increasing debt payments in the face of a falling income is about the worst thing you can do, short of selling a kidney.

Avoid this at all costs, by saving cash in advance and shunning debt.

Even if your salary is secure, increasing debt payments will leave you more vulnerable when the next cash call comes along.

Companies go bust due to cashflow struggles. Debt is often the multi-tentacled monster that drags them under.

People are the same. Get out of debt, then starting saving a cash fund.

Cash gives you confidence to invest

The final reason why you should build up your cash reserves is because it will give you the security to (separately) invest in the stock market, or even to set-up a side business for passive income.

If all your worldly wealth is going up and down with the mood swings of 10,000 excitable and over-paid fund managers, I wouldn’t blame you for being tempted to flee when the market crashes – but that is your worst possible move.

With a sufficiently big emergency fund in place, you’ll find it easier to develop the lofty disdain necessary for long-term investing.

Marie Antoinette offering cake from within the palace walls when the rioters are at the gates should be your role model when investing, as opposed to Lance Corporal Jones in the BBC classic Dad’s Army, panicking at the first hint of trouble.

With cash saved to cover your expenses, you needn’t panic. Problem solved!

Start with an emergency fund

A final, final benefit of saving up an emergency fund is it gives you the bug to save and invest much more.

That’s certainly what happened to me. I’m confident that if you’re a saving virgin you’ll get a buzz from seeing your net worth going up instead of down, too.

Before you know it you’ll be wondering how to start investing!

In part two I go into practical detail about how to set up an emergency fund.

Next post: Weekend reading: Three into one will go, if you’re rich enough