Important: This is probably the last email we’ll send out under the existing subscription system. If you stop getting Monevator in your emails next week, please check your spam folder for a confirmation email to sign you up with the new service. Or resubscribe!

Like Lennon and McCartney, sweet and sour pork, and Matt Hancock and his job, there are multiple tensions at the heart of Monevator.

The biggie probably isn’t active versus passive these days.

Following the lead of Macca in his prime, The Accumulator has produced hit after hit on why and how to use index funds.

Whereas I’ve – metaphorically – taken my naughty stock picking and left the band. At least for now.

No, I’d say our biggest on-site difference of opinion is the RE part of FIRE.

We’ve debated that in the past, too.

In short I nowadays believe that early retirement is a rubbish goal, ill-suited to most who can reach it.

The Accumulator, on the other hand, is living it.

And loving it, apparently.

FIRE in the hold

Of course, both of us are full-square behind achieving financial independence – the FI component of FIRE.

That goes without saying!

Being so ill-versed in the FIRE community and lingo I only just discovered that the kids call my version of reaching it ‘Slow FIRE’.

Monevator reader Ian pointed me towards an article from Business Insider, which explains:

This may include working remotely in order to create more flexibility in their lives.

It’s also a nod to the fact they will work longer in order to hit their FIRE number.

There’s no work-shaming because work factors heavily into Slow FIRE.

Yes! This is what I was trying to get at in You Don’t Have To Go Nuclear On Working For a Living. (In retrospect not such a catchy name for a movement, compared to Slow FIRE.)

Back then I wrote:

I often read retirement bloggers saying they quit work because they couldn’t take kowtowing to The Man anymore.

Yes – The Man sucks – but it’s not a good reason to quit working.

Especially if you’re impoverishing yourself for the rest of your life to do so.

I believed that mostly working from home, mostly on projects I enjoyed, and on my own schedule was a more sustainable way to spend my life than:

I’ve got nothing against people retiring in their 40s after 20 years of frugality if they choose.

I don’t think it’s morally wrong, or anything silly like that.

I’m just saying be sure you’ve thought about all the options first.

Not so shy and retiring

In the meantime, Party at the Moontower this week explained why he too is against the ‘retire early’ part of the mantra.

Like me he’s sceptical that sustainable withdrawal rates (SWRs) are a golden bullet to ‘the hardest problem in finance’:

If you have walked through the Moontower Retirement Model you learned the levers — savings rates, longevity, and post-tax inflation-adjusted returns.

Every one of those terms is impossible to forecast. The problem suffers from intractable amounts of garbage inputs.

The value of the exercise is not the outputs, it’s for articulating the problem in the first place and gaining a low-res appreciation for the sensitivities.

Thinking about your likely SWR is indeed super-valuable. It makes you consider all the variables.

Also, if you’ve never encountered the idea of living off your investments before, then applying 4% to a pot of ‘some number’ can be mindblowing.

However beyond their thoughtprovoking, SWRs only do a perfect job of telling you how you would have done in the past.

Worse, they crumple the edges.

I’m practically a dinosaur in that I believe investing for income is a more intellectually credible way to prep your finances for a long period of living off them. I also hate the idea of spending my capital.

This means more money is needed, and perhaps some active management. Again, more on that some other day.

But none of this is to discredit The Accumulator’s wonderful work on SWRs.

I think his is probably the most readable deep take on the Internet.

The Accumulator has read widely – proper academic research papers and all . In contrast, as ever I’m a bundle of notions and hunches.

So you should certainly read through everything he says on the subject – it’s a goldmine – even if you reach a different conclusion.

The other solution to getting an income in your later years is to keep doing some work for money.

RE goes out the window, but FI remains front and centre in giving you options and buffers.

The idea that you can work until you are 75 or 80 is freeing IF you can do it on your terms. If you can take a break for a year sometimes. If you can work 4 days a week, or from wherever you want. If you actually enjoy bringing your uniqueness to the job to be done.

The definition of a sustainable life is one you actually want to sustain.

Nobody wants to sprint forever, and sprinting for a short while doesn’t make the scarcity mindset go away even if you “win”.

This is partly why rich people fear inflation. They thought they were “done”. What is “done” anyway?

Past experience tells me that plenty of you will disagree (which is fine!)

Smart and articulate people tell me they couldn’t do work they half-like on their own terms, although I’ve done just that for 20 years. Their only option is to cane it at a job they hate for the best years of their life, and to smell the roses at the weekends. And then to hope their SWR doesn’t blow up.

Just be aware what you’re saying: can’t, won’t, will.

You’re just saying it in a different order to me.

Maybe it’s all a question of where we choose to put our limits and our faith and to see the uncertainties.

Happiness is a warm run in the stock market

I’m no zealot. The truth is after quitting my ‘big gig’ last year I’ve not put a lot of effort into ramping up my hours and income to replace it.

So maybe I’m leaning a bit more towards RE than I care to admit?

To his credit The Accumulator has also shifted over the years. He is at least trying out doing some work post-retirement.

Again, financial independence lets us both look for our middle ground.

I suppose I’m saying that 40-50 years is a long time to plan to drop out. I doubt even Lennon would have managed that, though sadly he never got the chance.

Employed people’s ratings of their satisfaction with life peaked when they had in the neighborhood of two and a half hours of free time a day.

For people who didn’t work, the optimal amount was four hours and 45 minutes.

Working for just a couple of hours a day – or a couple of full days a week – leaves you abundant time to learn Swahili or to see your grandkids.

And a small amount of income is worth a lot. Many years ago I pointed out that £5 a day was worth around £90,000. Today it’d be even more.

Consider planning to earn a couple of hundred quid a week indefinitely. I suspect you’ll be happier.

It doesn’t have to be working from home or side hustling, either.

A sociable friend of mine wants to retire in her 50s to do a couple of days a week in an independent coffee shop. Some of her fondest memories are of part-time work at Starbucks as a student.

There was seeing the regulars, the free coffees, the short walk to the ‘office’, the lack of responsibility, and being usefully whacked at the end of the day.

It’s not my bag. But then, writing this post on a sunny Saturday morning in bed wouldn’t be hers.

Let’s all find our own way.

Have a great weekend (and Cymru am byth!)

What goes into an ESG index? – Monevator

It’s too late to get into buy-to-let – Monevator

From the archive-ator: How you can enjoy the profits of 2,267 companies around the world for free – Monevator

Bitcoin fell below $30,000 this week; first time since January… – Coindesk

Brexit blast from the past mini-special 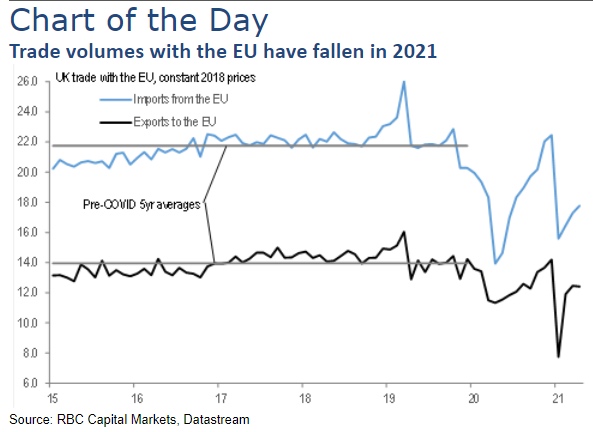 Five years on from the Brexit vote, the UK is more divided than ever – CNN

The real ‘Brexit dividend’? Minus £800m a week, and counting – Independent

Rejoining the EU is now unthinkable, except for a diehard minority – New Statesman

Why the EU is not missing Britain that much – Guardian 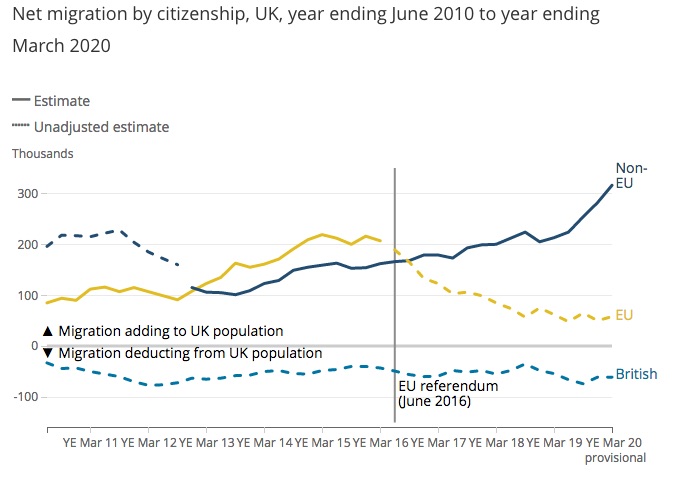 Homes for sale in former churches, in pictures – Guardian

What to watch for in onerous employment contracts – Indeedably

How much do you need to be financially independent? – Of Dollars and Data

The ups and downs of stocks, and stock markets – Humble Dollar

How wealthy Americans are taught to protect their wealth – MSN

Some quantitative portfolios that go beyond stocks and bonds – Validea

How to listen to Dr Copper – Verdad

WallStreetBets lingo decoded [Oh to be 23!] – Business of Business

Dr Fauci on the thread of the Delta variant – NPR

Nearly all US Covid deaths are now among the unvaccinated – AP

The less than welcome return of social obligations – Axios

Think and Grow Rich by Napoleon Hill – £0.99 on Kindle

A slimy calamity is creeping across the sea – The Atlantic

Majority of UK homes now served by green energy suppliers, but is it all just rebranding? – ThisIsMoney

Mystery of the wheelie suitcase – Guardian

An interview with the tech pioneer and VC Marc Andreessen – Noahpinion

“Never mind that Britain has a German royal family, a Norman ruling elite, a Greek patron saint, a Roman/Middle Eastern religion, Indian food as its national cuisine, an Arabic/Indian numeral system, a Latin alphabet and an identity predicated on a multi-ethnic, globe-spanning empire – ‘fuck the bloody foreigners’.”
– Akala, Natives: Race and Class in the Ruins of Empire

Like these links? Subscribe to get them every Friday! Like these links? Note this article includes affiliate links, such as from Amazon, Interactive Investor, and Freetrade. We may be compensated if you pursue these offers – that will not affect the price you pay.

Next post: How to future proof your kids’ financial future

Previous post: It’s too late to get into buy-to-let