Bonds are for pessimists, shares are for optimists 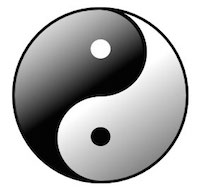 When I bit into the lamb cutlet, I knew I was going to get my money back. I turned to tell my friend Clive but he was tackling some halloumi fries. He gave me a thumbs up.

We were at the launch party of Timmy Green, a soon-to-be trendy eatery near Victoria in London.

A year before I had invested in mini-bonds issued by its parent – a start-up called Daisy Green.

Daisy Green runs Australian-accented cafes and restaurants in London. Back then they made great coffee and great cakes – but little money.

The business was, however, expanding fast. If you squinted a bit you could see strong sales and profits down the line – not least if the mini-bond proceeds helped it to reach scale sooner.

I was a fan of its cafes. I was impressed by the founder. I squinted a bit, and decided to take punt.

Longstanding readers may remember a portfolio of mini-bonds is one of my guilty secrets.1

These so-called ‘Bondi Bonds’ were at the riskier end of this already risky portfolio.

My notes remind me the bonds been assessed as having a 2.3% annual risk of default, which was higher than the other mini-bonds I’d seen rated. I suspected even their 11% yield didn’t fully reflect the risks.

But I was confident in the brand. I judged Daisy Green was going to grow, not go bust. A big reason why I dabble in unlisted bonds and shares is to practice these sorts of assessments. So in I went.

Hey, I also got a load of free coffees!

Fast-forward to December 2017 and the call proved correct. Daisy Green had doubled revenues and tripled site-level profitability since launching its bonds.

It was doing so well, in fact, that it was able to refinance with a UK bank.

The company said the refinancing represented:

“a significant and early institutional backing of our business which is rare amongst our peers.”

The founders thanked the Bondi Bond holders. The money raised via the bonds – and the support and feedback investors had given the growing company – had been important.

But the upshot was that to obtain the new facility with the bank, Daisy Green had to repay its mini-bonds.

Still, investors got their money back and some high interest payments along the way. The founders were proud to have repaid early. Everyone’s happy?

On a personal level, I was pleased. I like being tangentially involved in start-ups. I was pleased for Daisy Green and its people.

But having taken the risk of investing in the bonds for the reward of that 11% yield over four years, my investment had now been cut down in its prime.

The early repayment was a reminder of a big difference between owning equity and debt.

If instead of bonds the company had issued shares to raise money, then the success of the business to-date would have been unambiguously good news for investors.

Equity investors who saw the potential of the brand and the operational qualities of the business would have been rewarded as the story unfolded, because all things being equal the value of their shares would have risen. (They’d have doubled, I reckon.)

But as a bondholder, good news is almost bad news. It’s not quite bad news – default is the worst outcome for a bond holder, and whatever gets you closer to there is what counts as bad news.

Nevertheless, because conventional bonds pay a fixed coupon over time and then return the money you put into them, you don’t materially benefit from an improving company.

Indeed, it can be almost the opposite – as we’ve seen a stronger company can refinance at cheaper rates, cutting existing debt holders out of the picture.

A quick note for bond nerds: I’m talking about a top-level difference between standard equities and bonds here. Yes, you can get special kinds of both with different risk/return characteristics. More pertinently, if you buy a bond when it’s trading below face value, you can get capital appreciation as well as the interest payments should it go on to be redeemed in full. If this happens because the company was poorly-rated when you bought and has now improved, then yes you’ve benefited from the change in status. However your maximum return is still capped – it’s fixed when you buy the bonds. Also, specialist investors in high-yield and distressed debt invariably spend their time looking at terrible case scenarios. To call them optimists in the context of this piece is a stretch!

Watch my back, bonds

At its best, equity investing relationship is a partnership – all shareholders, sharing in the spoils. The success of multi-billion companies that began trading as tiny acorns shows the riches that can be generated for early investors.

As a bond owner though, there’s almost an adversarial dimension. At best you get what you expected when you bought the bonds. Things can only get worse from there.

On the flip-side, bonds have other attractions.

The most important is, again, that you do know when you buy a bond what return you should make, provided it doesn’t default and it’s held until it’s redeemed.

Equity investors might hope for this and that return, but there’s no guarantee with share prices. Even the dividend can be cut or scrapped.

Another important draw for bondholders is they stand ahead of shareholders in the queue for any cash that comes out of the company – interest payments are made before dividends – and for whatever is going when a company is wound up. Shareholders rarely see any leftovers.2

These important properties of bonds again concern downside protection, though, whereas you own equities for the uncapped upside.

Bonds are for pessimists, and shares are for optimists.

Of course, in investing it’s best to have both optimism and pessimism reflected in your portfolio.

We never know what life or the markets will do. We therefore look ahead to all weathers.

The point of bonds in an equity-focused portfolio is to dampen volatility and to shore up returns when things get rough.

Similarly, even the most safety-first, bond-heavy portfolio will improve its expected return with 10-20% in equities. That’s the benefit of diversification.

Also note that while most Monevator readers invest via funds, not in individual bonds and shares – and rightly so – the same principles hold true.

You might object and say you’re not naturally very optimistic but you hold shares because the data says they’ve beaten the other main asset classes over long periods. I agree. But understand there is no guarantee they will do so in the future, especially over just a decade or two. That shares will even go up over time and deliver a positive return is not a given.

In contrast with bonds the expected return can be calculated. It might be a low return and you might not like the look of it, but that’s a different matter!

Shares are an optimistic investment, and bonds the pessimistic backstop.

Previous post: Weekend reading: My fee is considerably smaller than yours