A coda to my mini-bond confession 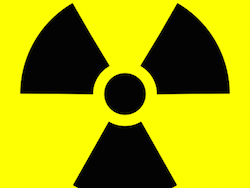 The 1990s ‘Lads’ mag’ Loaded1 had a section called Getting Away With It. From memory it comprised photos of the magazine’s titular lads in-country, stumbling over bikini-clad glamour models at press events, or driving a rented Lamborghini into a wall.

I obviously shouldn’t have gone near mini-bonds. And I don’t just say that with hindsight.

But I got away with it.

In an article in June 2009 entitled Why I’d avoid these unlisted bonds like the plague, I pointed out the problems with these new-fangled mini-bonds.

What would trouble me is if [this early issue] started a craze for unlisted bonds.

One company doing a one-off deal for headlines is one thing, but dozens of companies raising money direct from an always-credulous public would surely end in tears.

I then did what I often do around here, which is the opposite of what I suggest you do.

There’s a reason my doughty co-blogger The Accumulator was brought in to shoulder the passive investing duties years ago. I’m the investing equivalent of a cardiologist who smokes 60 a day.

I began to put money into mini-bonds.

Apologies if you just choked on your lockdown lunchtime chardonnay, but this is not a new revelation.

I confessed to my mini-bond portfolio in September 2016.

It was only about 1% of my total net worth. Enough for a nice holiday or two at that point, but not life plan-threatening.

I hadn’t changed my mind about these investments. I didn’t believe mini-bonds had become a stunning opportunity.

On the contrary, I said they could be cynically described as:

…the junkiest of junk bonds – pseudo-corporate bonds issued by companies so risky that professional investors wouldn’t touch them with a barge pole taped to a barge pole.

But I was not quite so cynical, and I had my own reasons for investing in them.

Read that post if you want to know more about mini-bonds – and why and how I assembled my portfolio.

Anyway, the last of my mini-bonds matured in March 2020. This rest of today’s post just signs off this chapter of my investing antics.

I won’t name the specific mini-bonds I bought.

Last time I didn’t want to be seen to endorse any of these risky and illiquid issues. This time I think the names are too distracting from the big picture.

Here’s a snapshot though of my portfolio in abstract terms:

As you can see, the high yield was the main draw – even back in 2016, before most people had heard of negative interest rates.

You also got also free coffees, brunches, and various other perks with many of the bonds.

Finally, there was the main reason I did it – for kicks and for experience.

I enjoyed meeting management at special events before investing. I believe I rejected a couple of bonds this way, too.

These meetings also whet my appetite for investing in unlisted equities via crowdfunding. More on that skeleton in the cupboard another day.

So how did my mini-bonds fare?

The majority of the mini-bonds ran for four years before you got the option to rollover for a year or redeem your investment.

In every case I redeemed where I could.

But I couldn’t always redeem as planned!

Firstly, the mini-bonds in the coffee chain where I took ‘two helpings’ – that paid a stonking 11% – were redeemed early. These were in a (fabulous) Australian chain called Daisy Green. I wrote about their redemption here.

There was no problem at Daisy Green. Indeed that was the problem if you were a mini-bond holder.

The company was doing really well! But rather than being rewarded for this as a bondholder, you got refinanced out of the picture and the equity owners enjoyed the future upside.

This brought home something I knew in theory but had never quite experienced in practice: bonds are for pessimists, shares are for optimists.

(Daisy Green did offer former bondholders and others the opportunity to buy its shares at a later date. Perhaps it was inspired by my moaning.)

I was frustrated to lose that lovely 11% yield. But that was far better than what happened at the other mini-bond I was unable to redeem.

I got a couple of years income before it went to the great graveyard of failed dreams in the sky, but it still represented a more than 80% loss on a single investment.

The beauty of starting with a high portfolio yield though is that the income you earn covers over a lot of pain.

My bust-bond represented 1/15th of my mini-bond portfolio. So even its total wipeout was covered by the annual interest from the rest of the portfolio.

However it clearly did have the affect of bringing down the overall yield I enjoyed from this experiment – as did of course the early redemption.

As I stated in my 2016 post I was fully prepared for one or two bonds to go bust.

Still annoying though, especially given the limited upside for taking this risk.

At this point a nerdier more committed blogger would tot up all the income they received from their mini-bonds, account for the loss, and figure out the overall return from this foray into foolishness.

Where is The Details Man when you need him, eh?2

I’m too old and running out of time to bother doing that. All the bonds that lasted for the duration started and ended at different dates. It’d also be non-trivial deciding how to treat the reinvestment of the coupons.

My mini-bond portfolio was mostly for fun. Bond and return maths is not fun!

The return I got (I’d guesstimate around 7%) was okay, but I don’t need a decimal point in a spreadsheet to tell me I probably would have been better off in a global tracker fund – let alone my own actively-run portfolio (which I have unitized and track to the very last penny).

Besides, four years is nothing in statistical terms. If stock markets had slumped for a few years from 2016 then maybe this mini-bond lark would have looked superficially savvy.

But that brings me to the final point – which is that I owe my brush with mini-bond success to a fair dollop of luck.

Because several of my mini-bonds would have suffered in the coronavirus era. And I know at least one of my former investments has gone bust!

Roll the start of my experiment along by just one year – or see somebody getting intimate with a bat in Wuhan a year earlier – and my results would have been far less satisfactory.

Plenty of people have seen their mini-bonds fail, even without a miserable global pandemic to finish them off. Many bust mini-bonds were dubious-looking financial issues that I wouldn’t ever have touched… but not all of them.

We are never likely to get useful long run mini-bond data over many economic cycles.

Mini-bonds, at least in their UK incarnation, were a product of their time. A moment fostered by low interest rates, a temporary scarcity of bank funding for small businesses, and new Internet-enabled platforms that could market the mini-bonds effectively and cheaply to a wide audience.

I qualify as a sophisticated investor, and I could invest again in mini-bonds if I wanted to.

But I’m sufficiently sophisticated to know I shouldn’t!

The best takeaway from this investment fad was probably the fancy coffee.