World stock markets: How historic returns have varied by country 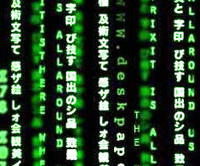 Deciding you should invest outside of the UK but then electing to put all your money in China is a case of out of the frying pan and into the wok.

It doesn’t spread your risk, and it exposes you to the biggest fear that most of us have when we make an investment, which is the potential for an all-out loss.

Studies have shown that as a species we prefer two birds in the hand to a potential five in the bush – if they come at the risk of a dead parrot.

In other words, we’re more averse to loss than we’re greedy for gains.

And that’s important in the context of overseas investing, because some countries have done far better or (more scarily) far worse over the long-term.

This cumulative real return data for each country was a real eye-opener for me the first time I saw it.

It’s a reminder that seemingly small differences have a major impact when it comes to compound interest.

In terms of annual return, the difference between investing in shares in the U.K. versus the U.S. doesn’t look like much:

What’s 1.2% between two countries divided by a common language, you say?

Well, over the long-term such small differences really do add up.

And these are two countries where returns have been in the same ballpark.

In contrast a Swiss investor in its lower-returning equities would have seen his money multiply a mere 137 times, while an Italian Rip Van Winkle (and a bit) would have only seen his funds increase nine-fold after more than a century.6

Few people live to 114 of course, and none so far have been wizened old investors. Some will say that looking at returns over such a very long period is therefore misleading.

I disagree – provided you’re not using the data for more than what’s reasonable.

But the data shouldn’t be used as a basis for cherry-picking one country over another when deciding how to allocate your money for the future.

Rather, it reinforces the case for diversifying very widely across global equities, which most people should do using index trackers.

Not one world stock market (yet)

Anyway, studying the data, it’s clear the countries that did best over the past century were those on the winning side of World War 2 – provided of course they did not “win” as communists, like the Russians and the Chinese.

Even before then, the value of Germany’s bonds was utterly destroyed by its rampant inflation prior to the war years.

Also realise that countries like Australia, New Zealand, and even the U.S.A. were still emerging markets in 1900. That’s another factor explaining their incredible performance (aside from their being out of the range of jackboots and bombers).

Some would argue that stock markets are now too closely correlated for this historic data to be of much interest.

Firstly, I think these historic returns are still a highly-relevant pointer to the likely divergent outcomes from investing in different emerging markets today.

Secondly, we are still seeing very varied returns in just the past few decades. Look at the dire returns from Japan since 1989, for example, which makes even our miserable decade from 2000 to 2010 look like a hiccup.

You only have to consider the turmoil in Europe or more recently emerging markets to see that history hasn’t ended, and that a Star Trek-style United Nations of globalized ISA investors is probably still some way off.

In Fooled by Randomness

-spotter Nassim Taleb points out that an investor in Russian or Chinese companies at the start of the 20th Century who suffered a complete wipe-out would have a rather different tale to tell about ‘investing for the long term’ to the Americans who typically write all the investing books.

Who is to say that the 21st Century won’t hold similar surprises?

Accordingly, I think spreading your money across world stock markets remains a good idea to reduce the risk of being 100% in an all-out lemon for 40 years, as well as for the more general diversification benefits.

Note: This article was updated in February 2014. Comments below may refer to previous data, but in most cases they are still relevant and interesting. Especially mine. 😉

Next post: Weekend reading: Even high earners have pension woes