Yeah, Brexit, then the rest of the week’s good reads.

The news is not good but it is official: at midnight 31 January 2020 an armistice is in effect between the forces of Remain and Brexit.

The four-year long war is over. Remain lost.

The terms of the armistice agreement – or ‘surrender deal’ as many will call it – will be tough to swallow for Remain’s exhausted troops.

But given the decisive victory for the Brexit Barmy Army in the climactic 12 December 2019 battle, fighting on was hopeless.

The key concessions granted from 31 January:

After four years of bitter struggle, this is tough to read.

And nothing can bring back the £130 billion the Brexit War has already cost the UK.

Some who fought in key skirmishes such as The Battle of the Enemies of the People will never forget the blows to our institutions in the fighting.

Historians will dissect the conflict for generations. After all, when a million people marched for Remain compared to the barely 300 that muddled about for Brexit, it seemed the tide was turning.

But whether by winning hearts and minds or by bamboozling brains, the forces of Brexit triumphed.

Of course an armistice – a cessation of hostilities – is not a peace treaty, let alone a Marshall Plan.

With Brexit’s leaders struggling to articulate a strategy that fits the facts on the ground, it’s difficult to be optimistic about Britain’s potential to make great gains from here.

One Brexit commander, Michael Gove, is already briefing UK business that it will indeed be impossible to secure friction-less trade with the EU, under the government’s own vision of Brexit.

But this is the same side that said we’d pay not a penny to the EU – compared to £33bn – so who knows what other reversals lie ahead.

Even more than money, one wonders about the long-term consequences of the conflict and its ramifications on the social fabric.

A campaign to raise money to have ‘Big Ben Bong for Brexit’ raised a feeble £273,000 and received only 14,000 donations (£50,000 of that from one key Brexit backer), underscoring the lack of euphoria across much of the nation.

Indeed many Brexiteers still seem incredibly angry despite their victory, frothing and waving Union Jacks as they marched out of Brussels.

This contrasted with our former allies in the EU singing Auld Lang Syne to wish us a fond farewell.

Set against all that, Britain is a wealthy nation.

Admittedly its economic output is but a fraction of the mighty EU perched off our shores.

But we will muddle through. Poorer, almost for sure, and more isolated by definition. But not broken, as Barry would no doubt stress.

Perhaps our leaders will look to the example of post-WW2, when the ruined nations of Europe came together – barely a decade after killing millions of each other – to form the European Union.

The formation of the EU ushered in a golden age of peace, prosperity, and cooperation the likes of which we’d never before seen.

How much wealth do I need in my ISA versus my SIPP to achieve financial independence? – Monevator

Getting hands-on with your budget with Money Dashboard – Monevator

From the archive-ator: Review: How To Make A Million – Slowly, by John Lee – Monevator 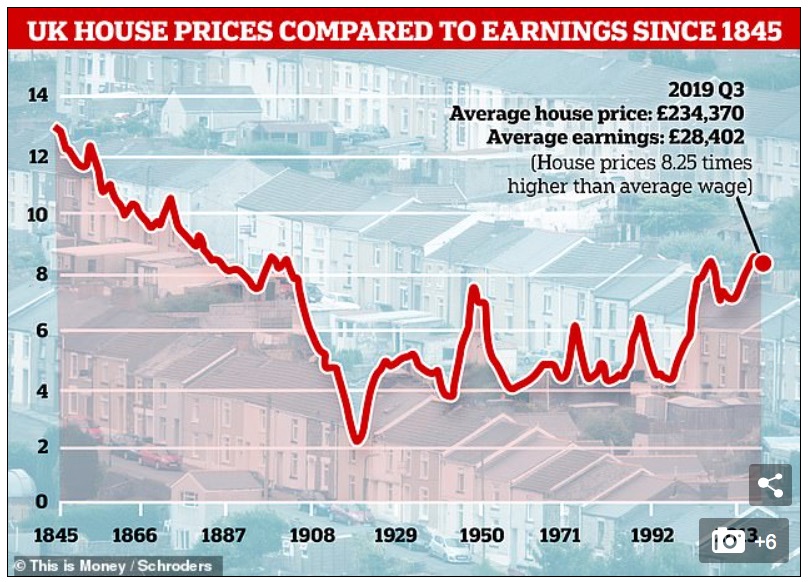 What happened to UK house prices over the past 174 years? – ThisIsMoney

The best apps to get fit with your friends: from Fitbit to Strava – Guardian

Vizualising the current landscape of the fintech industry – Visual Capitalist

Every company will be a fintech company – Angela Strange/a16z

Why market timing can be so appealing – Of Dollars and Data

“I made headlines as a personal finance guru. Within months, I was drowning in debt” – Guardian

The hidden risk [not all…] FIRE investors miss – Movement Capital

Nobody wants your shit – Abnormal Returns

The investment impact of an ageing population – The Evidence-based Investor

Stop worrying and learn to love momentum – Klement on Investing

Martin Wolf: Britain after Brexit will not be alone, but it will be lonelier [Search result] – FT

[Note: These prices will expire end of Friday 31 January.]

Why procrastination is about managing emotions, not time – BBC

Stay quiet and get to work: Why you shouldn’t share your goals – Art of Manliness

“Looking for a manager who will beat the market for you over the next 20 or more years is like looking for a needle in the proverbial investment universe haystack.”
– Tim Hale, Smarter Investing

Next post: How to choose an SWR for your ISA and your pension to hit Financial Independence fast

Previous post: Getting hands on with your budget with Money Dashboard