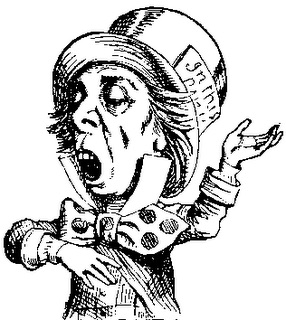 What a time to be alive! It’s another sunny morning in the uplands of Life After Leaving.

Leaning back on his trusty home office chair, Barry Blimp – a 55-year old investor of not immoderate worth – allows himself a self-satisfied smile at another discussion forum post well done.

He is trying to be magnanimous in victory as he discusses the latest developments following the win for Leave.

True, Project Fear has been revealed as the “Gubmint” conspiracy he always said it was, but this is not the time for gloating.

No, we’re all in it together. (Well, all of us apart from the EU citizens he’s not unkindly but determinedly voted back home).

And things are going so well! Better than even he might have expected.

True, the markets initially dipped 2-3% percent when the result was announced, as lily-livered Remainers sold their holdings and made enquiries about moving to Australia.

But equities soon bounced back as brave Brits like Barry stepped in to staunch the bleeding.

Article 50 was triggered immediately, and the terrified Europeans quickly caved in to all the bold Brexiteers’ demands.

Now international capital is flocking to the UK, as it sees how the nation has freed itself from the yoke of EU membership that had held it down and kept it only the fifth largest economy in the world.

At this rate we’ll be challenging China for the number two spot by Christmas!

No chance of rivaling the US for economic primacy again, of course, that’s silly talk. Anyway, we wouldn’t want to rattle the special relationship just when we’re finally dealing with the yanks again as equal partners on the global stage.

Barry looks over at his poster of Winnie flanked by FDR and Stalin and smiles.

Meanwhile, the early signs of a transformation in the UK economy – and its cultural life – are already being seen.

British manufacturers and employers are rejoicing as the crack Leave team implements its detailed and oven-ready plan – crafted months ahead of the vote in preparation – to slash red tape and ditch bureaucracy.

No more will manufacturers need to bother with nonsense like electrical insulation!

No more will employers have to stump up maternity pay!

No more will hard-working British youths find themselves unable to land jobs picking strawberries or serving lattes because they’re cruelly out-competed by Estonians with Phds!

Indeed the injection of entrepreneurial spirit into the forgotten corners of the North and the Valleys is perhaps what Barry is most proud of when he considers his part in winning the Referendum.

Freed of the regeneration billions channeled from Brussels – and with the neo-Conservative/UKIP coalition scrapping the minimum wage and slashing back on welfare and benefits – the neglected regions have rediscovered their vim and vigor.

Embarrassed into idleness for years by the shame of seeing London looking really swanky on the telly, the impoverished have taken control of their destinies.

A return to making proper things

Overnight there was major interest from South Korean shipbuilding firms looking to relocate their operations from the workshops of South East Asia to Barrow-in-Furness.

There’s talk too that the coal mines of Yorkshire and Lancashire could soon be reducing our dependence on energy imports.

The new Government was of course quick to confirm what Barry has always known – that global warming was a conspiracy cooked up by the global elite – and it’s vital that Britain exploits its remaining fossil fuels without delay.

And then, out of the corner of his eye, Barry catches the latest BBC news update on the sound-down TV he keeps in the corner.

It’s the same story that all the broadcasters have been running for days now – who can blame them – as across the country former racists are handing out flowers and hugging their immigrant co-workers, wishing them all the best for their new lives back where they came from.

Barry hated that element of the Leave constituency.

But now that the boil has finally been lanced, it seems the pain has gone.

Honestly, when you see how well everybody is getting along it’s enough to make you wonder what all the fuss was about.

Best of both worlds

Thoughts of the Spanish girls from the local Costa Coffee heading back home turn Barry’s thoughts to this summer’s holiday.

His portfolio is rising steadily by the hour; perhaps he can indulge himself?

The strong pound will make him a prince abroad!

In fact, after the EU fell over itself to stress that British people could do whatever they wanted to do in Europe after the Brexit – despite not contributing to the EU budget nor allowing free movement into the UK – he’s thinking once more of buying that little place in France.

But Barry catches himself. Pride comes before a fall.

Better to stay grounded – it might have all gone so differently.

What if Remain had been right?

Barry shudders. Just imagine if Project Fear hadn’t been the total fantasy he knew it was.

Imagine if in the days following the vote the pound had plunged at its fastest rate on record, to a level last seen 31 years ago, sapping the relative wealth of the country overnight and sending the UK below France in the global pecking order.

Imagine if Vote Leave had turned out to have no plan whatsoever.

Imagine if fears about the banking system in the face of a potential swan dive for the indebted British economy – maybe even a systemic meltdown of the EU – caused shares in the UK’s high street banks to plummet 30%, forcing the exchanges to repeatedly suspend trading.

Imagine if the UK finally lost the last vestiges of its AAA credit status.

And house prices? Oh my – imagine if instead of anticipating another 10% chalked up on the value of Barry’s nice Middle England castle, imagine if the stock market was dumping anything to do with homes, estate agents, construction and commercial property.

Almost as if, well, as if the country had voted for a recession!

Previous post: Weekend reading: One more rant in the aftermath of a wail of protest