Weekend reading: A post-Covid return to normality or time to rethink it?

Whisper it, but it does seem like the long shadow of Covid may at last be retreating in the UK.

That’s not the case for the whole world. Countries like India are feeling the full force of what some in Britain still march and vote to deny. Average global cases recently sustained a new peak of 800,000 a day.

But thanks to our long (and, yes, damaging) lockdown, high vaccination rates, and the immunological protection granted by previous infection, the UK appears to be leaving the tunnel we entered back in February 2020.

Now, as we blink back into a world of hugging and hubbub, we’ll finally find out what has changed and what has not.

At the start of Corona-crisis, there was talk that Covid would kill off the quest for financial independence.

Even some esteemed contributors to Monevator’s comment section rushed to dance on the grave of the FIRE1 movement.

That was crazily premature, and proved that no matter how often you show someone a graph of the stock market going down and then going up again, they’ll struggle in a crash to grok it.

Fourteen months on, and it seems more middle-aged people in US than ever are pushing to retire earlier after their Covid experiences.

Booming US stock markets have to be part of that story. But as Bloomberg (via MSN) reported this week, life re-evaluation is also in the mix:

About 2.7 million Americans age 55 or older are contemplating retirement years earlier than they’d imagined because of the pandemic, government data show. […]

Financial advisers say they’re seeing a new “life-is-short” attitude among clients with enough money socked away to carry them through retirement.

The prospect of going back to the daily grind is going to be “a really tough pill for a lot of people to swallow,” said Kenneth Van Leeuwen, founder of financial services firm Van Leeuwen & Co. in Princeton, New Jersey.

One of Van Leeuwen’s clients, an executive whose portfolio has soared, is retiring at 48. After the past year, the prospect of going back to traveling 10-12 nights a month just isn’t appealing anymore.

Many people have had a hard reset. Now we’ll see how we reboot.

Back to life, back to reality

Anyone wavering about whether to retire or not could do worse than read Debt-Free Doctor’s summary this week of Bill Perkin’s Die With Zero.

I’ve been around this block more than few times. The concept of doing more, spending mindfully, and working less is hardly novel.

But I was still struck by the force of Debt-Free Doctor’s recap:

If you die with $1 million left, that’s $1 million of experiences you did NOT have.

I’ve added Die with Zero to my reading list. If anyone has read it let us know your thoughts below.

As you get older, these decisions take on a less theoretical hue.

Indeed I was also struck this week by a blog post by one of the team at Bunker Riley about a teenage skateboarding hero of mine.

It seems veteran skater Tony Hawk has done his last ‘ollie 540’ – a signature trick with a very high wipeout-to-glory ratio.

“They’ve gotten scarier in recent years, as the landing commitment can be risky if your feet aren’t in the right places. And my willingness to slam unexpectedly into the flat bottom has waned greatly over the last decade.

So today I decided to do it one more time… and never again.”

When age – and risk versus reward – starts catching up with your childhood idols, these questions no longer feel quite so academic.

I can see clearly now

What will you do in the months and years following the great reopening?

Will you retire early? Move to the countryside?

Or move back, because rural life proved to be a Covid fad with all the staying power of a Tamagotchi?

Of course if you’re younger – or poorer – some of these choices remain theoretical.

You might have decided the pandemic has shown you the rat race is a total kabuki show, but you’re 25 and £20,000 in debt. FIRE isn’t for you for a long time yet.

But at the risk of sounding too happy-clappy, that doesn’t mean there isn’t a spiritual Covid dividend for you, too.

It takes most people several decades – and a few funerals or a health scare – to really understand that life is precious and nothing is given to us.

If Covid has taught you how precarious normality can be in your 20s, then you’re ahead of the game. Even if you’re behind in your bank account.

Personally I’d suggest looking for a more fulfilling career than going full-tilt on extreme frugality for an early and potentially under-funded retirement. But my co-blogger The Accumulator might disagree, so there’s definitely two sides.

One thing working in your favour if you’re young: companies may be desperate for talent as the economy takes off.

The venture capitalist Hunter Walk believes we’re on the cusp of a ‘Great Talent Reshuffling’ as the psychological after-effects of Covid ripple through society, with younger workers looking for more meaning and older workers abandoning ship to find meaning elsewhere.

It could be the greatest economy-wide game of musical chairs we’ve ever seen, outside of the wartime.

Are you ready to dance?

Never ever respond to a cold call – Monevator

From the archive-ator: My 10 rules to stay sexy and save money – Monevator

HMRC pays back £716m in overpaid pension tax – Which 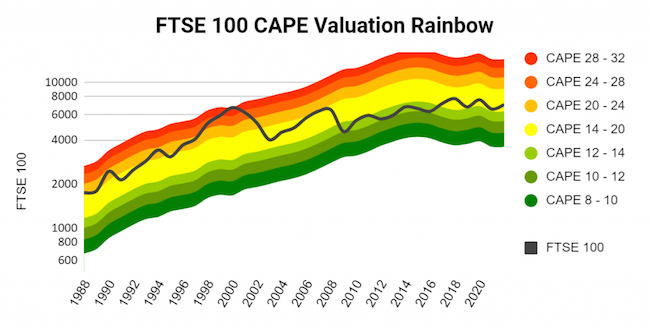 The race to the first US Bitcoin ETF – ETF Trends

Homes for sale with a view, in pictures – Guardian

Buffett and Munger are no longer relevant – The Reformed Broker

Why do smart people do dumb things, like investing actively? – TEBI

Adapting to a world bent on falsifying the past – Abnormal Returns

Half of all VCs beat the stock market [US] – AVC

How is Keystone Positive Change trust getting on under Baillie Gifford? – IT Investor

Buffett’s investments: the great, the good, and the gruesome – Think Advisor

What It Takes: Lessons in the Pursuit of Excellence by Stephen Schwarzman – £0.99 on Kindle

The Future Is Faster Than You Think by Peter Diamandis and Steven Kotler – £0.99 on Kindle

How much energy does Bitcoin really consume? – Harvard Business Review

How to regrow a wrecked coral reef – BBC

Why not turn airports into giant solar farms? – Wired

Seeking stillness and sunlight: the art of fly-fishing – Lit Hub

Taking an idea from invention to the marketplace – BBC

How the Pentagon started taking UFOs seriously – The New Yorker

“There is much more to life than what gets measured in accounts. Even economists know that.”
– Tim Harford, The Undercover Economist

Like these links? Subscribe to get them every Friday! Like these links? Note this article includes affiliate links, such as from Amazon, Unbiased, and Freetrade. We may be  compensated if you pursue these offers – that will not affect the price you pay.

Previous post: Never ever respond to a cold call