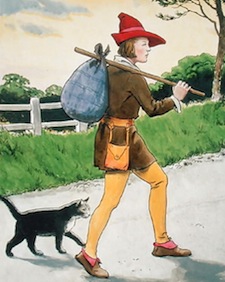 There are a few entrepreneur characteristics that you find more often in the self-made wealthy than in other homo sapiens.

Most entrepreneurs have something to prove to the world, for instance, and the few who don’t usually want to change it.1

And they all want to be rich, too, whatever they say – if only in that we all secretly want to be rich (even if we’re aware that there are pros and cons to being wealthy).

What about creativity? Tenacity? A head for numbers? A nose for a deal?

pieces stuck onto spuds in a blackout.

Loathe gritty Duncan Bannatyne and would rather make money like Warren Buffett? Pick your hero and go for it.

Types of entrepreneurs: The Visionary 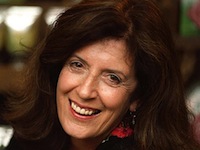 Visionaries are entrepreneurs driven by a desire to change the world – and the capacity to imagine how to do so.

Vision on its own is just daydreaming, so such an entrepreneur needs other skills to make the vision a reality. Steve Jobs boasted the attention to detail of a reigning monarch, as well as a genius for design and consumers’ desires.

But it was his vision that made transformative products like the iPhone and the iTunes store, and so turned Apple into the world’s largest company. 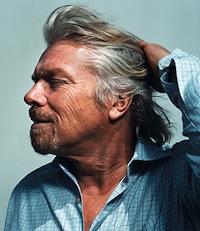 If Richard Branson had been born 600 years ago, he’d have been a tussle-haired knight with a winning smile, eager for his next campaign.

Branson is in it for the means, as much as the ends. Obviously he likes money, but it’s an enabler and a way of keeping score. It’s the excitement of execution that gets his blood going – and when that’s not enough, he puts his life in danger some other way, such as his balloon rides.

Adventurers may boast crossover traits with other entrepreneurial classes, but they’re primarily adrenalin junkies who you couldn’t pay to give up their ‘fix’.

One reason the communists never stood a chance is that nothing moves as fast as money. From market traders to multinationals, plenty of business is inspired by seeing an opportunity – a gap in the market, a product that’s a hit in a distant land – and racing to profit from it.

Alan Sugar in the 1980s is a great example of an arch-opportunist. He only got into electronics by accident, and he no more dreamed Steve Jobs’ dreams of a PC revolution than he imagined he’d shave wannabe moguls calling him ‘Sir’ on the BBC. Yet for more than a decade nobody in Britain did a better job at spotting gaps in the market and making a killing. 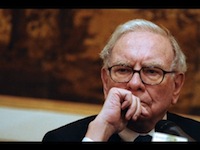 Ultimately all successful entrepreneurs thrive because they put existing resources to a more productive use for profit, whether they’re selling a job lot of fancy duvets at an East End market or combining great design and a bunch of previously unconnected bits of technology to invent the iPhone.

Asset allocators are the purest example of this – they cut out the messy production lines and marketing campaigns.

When an asset stripper flogs apart a business to create something worth more in pieces – or when Warren Buffett sees a company’s true worth before the market and directs his capital towards it – I’d say they’re adding value. 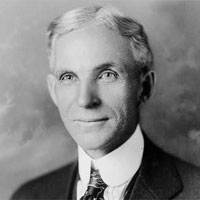 Some people are brilliant at process. Henry Ford is an obvious example, having pretty much invented the modern production line.

I think you could put a lot of creative industry wealth creators into this class, too.  Such people often think they’re visionaries, but really they’re great at turning creativity into something that runs to a schedule, and therefore can be bottled and sold.

Process is what turns brilliant prototypes into consistent profits. Every penny you can shave off every stage of the production pipeline – or every feature you can pack in that increases value ahead of your cost – builds value. 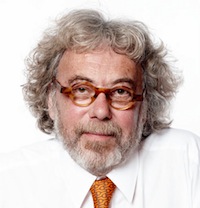 Some people have a calling – a field they were born to. Luckily for them, capitalism enables the business-savvy ones to make a bucket of loot, too.

Jobs rose to eminence in computing partly because the number of technology-literate people who wouldn’t wear socks in sandals is vanishingly small. In the 1980s, it was close to zero. Jobs was a designer who could have turned his hand to many other different fields, albeit it less mega-successfully. Gates would have been a patent lawyer or an engineer if born a couple of decades earlier. He needed personal computers to unlock his brilliance.

This sounds a bit mean-spirited, but I don’t mean it that way. The world is full of specialists who turn their love and aptitude for a certain field or product or service into something we all rely on, from scientists to architects to artists.

They are lucky that a few can make a lot of money at it – because they’d be doing it anyway, even if they couldn’t.

Example: At a corner shop near you

There’s something belittling about the label ‘small business’ that probably begins life in the boys’ changing room at school.

Happily, in the business world size matters but it’s all relative – and having your own modestly statured company is the number one outlet for those determined to be entrepreneurs.

Many entrepreneurs would rather be top dog at a tiny company they own than to be a ‘Senior Divisional Manager for EMEA and Innovation’ at some giant.

The best franchises offer a great take on this entrepreneurialism. Few are the children who dream of selling foot-long sandwiches, cleaning drains, or supplying offices with photocopying paper. Yet plenty of people who have a yen to make money have made fortunes by implementing other people’s systems with a tenacity to terrify the competition.

The average freelancer or contractor is a small businessman or woman, too. In fact, anybody who is not working for a monthly pay slip would do well to consider themselves Me PLC, rather than as a worker for hire. As well as potentially making you more money in the short-term, it might get your mind ready for when you want to expand. 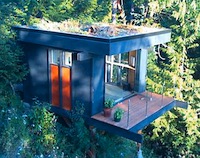 Thanks to the Internet, it’s probably never been easier to start a side business while staying in your day job.

Making a decent side income, well that’s another matter.

Even the communists at The Guardian have been running a series on being a website mogul, but in truth it’s much harder to make money blogging than it seems. eBay is also increasingly the domain of the big winners.

But there are plenty of other avenues to explore – and the harder or more specialised the better, as there’s much less competition.

Think hard about what you can bring to market. The cost of starting a side business is usually low, and even a little extra income can be worth a lot.

You probably won’t make a million, but a successful part-time business could get you on your way!

Don’t forget us when you make it

Before you get carried away, please review some of the reasons NOT to start a business.

I always get nasty comments when I point them out, but survivorship bias looms large when we forget that the few famous entrepreneurs – even the hundreds of relative unknowns in the Sunday Times’ Rich List – stand on the broken backs of uncountable also-rans.

So be sure to consider your own opportunity cost.

And then do it anyway.

If you’re really an entrepreneur, that is.

Have I missed out any particularly interesting types of entrepreneur? This is a very broad church, so let’s have your ideas in the comments below! Otherwise read Felix Dennis’ How to Get Rich

, which is probably the best DIY guide ever written to grubbing about for treasure.

Next post: Weekend reading: 11% real returns for a decade from shares?