Why are we surprised when would be early retirees have second thoughts? 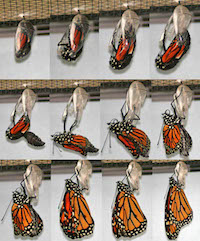 A bit of a kerfuffle has broken out at Retirement Investing Today. Author RIT says he’s considering stretching the “one more year” he’s already taken to another year… or possibly even an indefinite leave of extension on his early retirement plans.

I was just recently contacted by a very senior person in my organisation who proceeded to p*ss in my pocket for half an hour about how much of a contribution I make, how much they value that contribution, how essential I am to the organisation, blah blah blah. […]

I was offered what I could only describe as a retention bribe, which consists of a workload reduction as well as a big chunk of cash if I stay on until the middle of 2019.

In a follow-up, he hinted he was now considering postponing the early retirement we’ve followed and cheered along for the past few years, though all options remain on the table:

I’m not for a second rolling over today and saying another one more year.

I’m just saying life is currently very good, our planned Med FIRE life is also very good and we have plenty more thinking to work through over the coming weeks.

To conclude I’ll just say that right now I feel incredibly fortunate and I have FIRE to thank for that. With my time again I’d do it exactly the same way again.

His readers have mostly left thoughtful comments, which is nice to see given the righteous fury we sometimes hear from the faction Mr Money Mustache calls the Internet Retirement Police.

And for what it’s worth, I applaud the pause for thought.

It seems clear from RIT’s posts that he doesn’t dislike his work anymore, now it’s optional. If anything he seems to enjoy it.

As for the tap on the shoulder, as I wrote on his site:

Your bargaining power is turbo-charged. And now you’re off the wheel, you can look around.

It’s nearly two years since RIT broke through the portfolio target he’d set himself. He has the war chest he needs to quit work and to fund his escape to the Mediterranean.

But more than that he’s got a choice.

Personally I don’t think it’s any great surprise that the sort of people who are able to work and save hard to achieve financial independence often decide not to stop working.

From Mr Money Mustache to UK blogger Sex Health Money Death, it’s common to see would-be early retirees continuing with some form of money-earning activity long after they have to.

Even the doyen of the modern FIRE movement – Jacob Fisker of Early Retirement Extreme – famously ended up accepting the 9-5 job of his dreams.

Workaholic Tim Ferris of 4 Hour Work Week fame is another prophet of taking time off who seems to be forever on it.

And none of the several people I know in real-life who have achieved substantial wealth early through work – and thus the ability to quit it – have done so. Quite the opposite.

Others seem uncertain – the Our Tour bloggers that @TA follows are a good example – and I see nothing wrong with that.

Uncertainty is another luxury afforded by financial freedom.

Of course, would-be retirees who decide to keep working don’t always take a conventional job. But they may do a plethora of jobs on the side.

This is what leads to charges from those Internet Retirement Police of copping out, of not really being retired – or even of hoodwinking their readers.

To me though the side hustles, speaking gigs, consultancies or full-on second careers are to be celebrated, not scorned.

Such changes of a plan are not a bug but a feature of financial freedom.

Fire your boss… and interview for a new one

I’ve explained before why I don’t use the term FIRE much. I find the nailed-on ‘Retire Early’ part far too limiting.

What’s the point of pursuing financial freedom if your only option at the end is to pull the ripcord? There are many, many ways to live.

Partly I think there’s a problem where people become habitually angry wage slaves. They dream of early retirement as a solution to all their work-related problems.

But plenty of the bugbears they cite – control, a lack of free time, not being able to do more of what they actually want to do – can be fixed not by retiring at 45 to a beach or a garden, but by having the power and freedom to change their working circumstances to suit.

Ideally we’d all love our work lives from our early 20s. But in reality dream jobs and paying mortgages don’t always go hand-in-hand.

Become financially free though, and you are far better able to pursue the productive life you want.

That might well involve pottering around the greenhouse or playing golf or learning an instrument or any of the cliches of early retirement.

If that’s what you think will make you happy, go for it.

But I’m sure for many people, being part of the working world – on their own terms – is hugely satisfying.

You see it again and again. Not just in our little corner of the world, but also with the billionaires who continue to work 15-hours a day or the rock stars who remain on the road into their 70s.

If you’ve ever not worked for a while – by choice or circumstance – then you’ll know that feeling of missing out on something beyond money.

Is it all an illusion – a trap set by The Man?

I think it can be, sure. And if that feeling of missing out is balanced by a load of other things you’d rather be doing – and if you’ve achieved the freedom to spurn work – then great, get on with them.

But if you’re not sure you want to pursue a radically different lifestyle with several decades of life still to go, there are other paths to follow – all supported by your hard won FU-fund.

You simply don’t have to take the nuclear option of quitting work forever – and life on a tight budget indefinitely – to improve your quality of life.

People may rarely wish they’d spent more time at the office on their death bed, and that’s a clarion call to quit work.

But it might also be a reason to find a better office.

Find a money making activity you like and you can purposefully enjoy all the benefits of continuing to earn, save, invest – and spend – for many more years to come.

How to let your new life crowd out your old

Nobody wants to be trapped in the rat race. But the key word is trapped.

If you’re a rat who has figured out how the maze works, then there’s free food and a stimulating mental challenge on offer.

The scientific experimenter playing with the parameters is also having a better time than a hapless trapped rat that’s banging its head against the wall.

For my part, if and when I ever decide it’s time to consider not working, I’ll transition slowly to that new way of life.

And I’d do it the same way I’ve changed career lanes in the past.

I certainly wouldn’t go from working RIT’s 70-hours a week to none overnight. A 12-hour workday on Monday, and goodbye forever drinks on the Friday. It might work for some, but it seems like psychological self-warfare to me.

People often write it’s “just psychology” or “just emotional”, about everything from one more year at work to dollar cost averaging to surviving a bear market.

Newsflash! We’re all people with feelings, hopes, fears, and emotions. There is no “just” here – those things are the whole point.

My transition strategy would involve:

Some people might retort: “No, no, to go and live a life of full leisure you NEED to pull the bandage off, move to the middle of nowhere, get used to being 20 years younger than everyone around you, toughen up on the existential question of what your role is now in society as a 40-something retiree, and concentrate on getting by on one-third of what you earned before.”

Not unless you want to – in which case go for it!

Freedom is the goal

The kind of people with the drive, talent, and mathematical skills to understand that early retirement is possible have plenty of options.

But it seems to take achieving financial freedom for some of us to appreciate it.

When you’re head down and charging towards the goal line, it isn’t easy and maybe not even desirable to pause to look up and wonder what’s going on in the bleachers.1

You may get the sense from all the cheering that they’re having the time of their lives. But how many of them would love to be down there in the thick of it with you?

Hardcore work refuseniks like friend of the blog Ermine will tell you to find something bigger than a vestigial Protestant work ethic to motivate you. It’s certainly worth hearing them out.

But again, don’t overlook the context.

When you’re financially independent halfway through your life, you can do far more of what you want to do – as opposed to what other people say you should do, or perhaps what you thought you should do 20 years ago when you faced working forever.

A castaway on a tropical island building a raft from vines and driftwood and pushing it out into the surf is trapped and desperate.

A financially independent worker-by-choice is floating by on a lilo on holiday.

Previous post: Weekend reading: A journey to financial freedom from the shop floor