What are growth investors looking for? 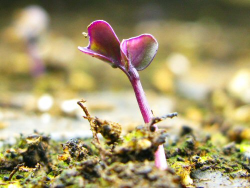 The dream of a growth investor is to discover the next Apple or Coca-Cola just as it’s getting started.

One or two such investments can make your fortune. Exactly how to find them is the $6 million question!

In the blue corner, we have the efficient market theorists who say it’s a doomed endeavor, and that you’re better off putting money into an index fund.

Most money managers fail to beat the market. What hope have you got?

In the red corner, we have investing legends like Peter Lynch

, who did beat the market through growth investing and who outlined how in various books.

As always I’d suggest most people should stick to passive investing. Despite what the financial industry tries to tell us, you don’t need to risk picking shares or to invest in expensive managed funds in order to achieve what you need to from investing.

However for those of us who do find stock picking irresistible, growth can be especially enticing – despite the steep odds against success.

There’s little doubt that growth investing is statistically even less likely to beat the market than value investing. Value at least has some evidence of market beating metrics on its side.

Weighing up a growth company is hard – and it’s even harder if the company isn’t yet making much profit.

However that’s not sufficient reason alone to deride a young growth company as “insanely overvalued” or even “worthless”, as commentators are wont to do.

Investing in such a company may well be incredibly risky and it may well look seriously expensive. That might make a share uninvestable for you. And the truth is most growth stocks would be best avoided, as the majority fizzle out long before they deliver on their promise.

Nevertheless all giant companies began life as small ventures, and most of them started without profits.

With hindsight, we can see that far from worthless they were actually bargains for much of their existence, and they could have made us rich – if only we’d been able to tell the very few winners from the many pretenders along the way.

Growth investing is all about the future

The number one thing to grasp about growth investing is that it’s about looking forwards, not backwards.

Whereas a traditional value investor tries to pay a low price for today’s assets and cash flows – and usually demands a discount to be safe – a growth investor aims to pay a fair price for cash flows that he or she expects to come in the future.

Because the future is unknowable, this involves a fair bit of guesswork and heuristics, which is one reason why growth investors sound much woolier than value investors.

To my mind the important aspects of growth investing include:

On the other hand, growth investors don’t much care about:

Don’t be fooled! Many small cap companies look like growth stocks now and then, but the growth soon moderates. Any manager worth his salt can spin a good story. Cyclical companies grow for a few years but then sales plunge. Most companies with small profits and large outlays are probably just bad investments, as opposed to laying the foundations of a mighty empire.

Even if you do find a good growth stock, be aware that managing fast growth is very difficult. Companies often expand too quickly and run out of cash, or conversely they move too slowly and lose the early initiative.

There are scaling problems, too. It’s hard to turn a small company built around a charismatic entrepreneur into even a medium-sized one without losing the magic. (I’ve been at such companies and observed the growing pains first hand).

Should your company get through all that, then there’s the difficulty of knowing when to jump off the ride.

No company can grow forever – even Apple seems to have run out of road. Any let up in growth will be punished hard if the shares are highly-rated.

Growth, value or both?

Having started my investing life as a strict value investor, I’ve become a bit more interested in growth over the years.

Perhaps it’s because the market has typically been pretty richly priced – 2008-2010 aside – so the value opportunities have often been in especially awful companies.

But it’s also the influence of books and articles I’ve read, particularly the shareholder letters of Warren Buffett and his various biographies.

Buffett doesn’t subscribe to the pure definition of growth investing, saying growth and value are two sides of the same coin.

And that’s about where my investing philosophy is, too. I can rarely bring myself to pay for shares on sky-high P/E ratios, let alone loss-making companies promising “jam tomorrow”. I will defend them, but it’s hard to invest in them.

Still, all things being equal I’d prefer to buy a decent business growing at 15-20% a year at a fair price than a low P/E business that’s stagnant but cheap.

This sets me against the UK investing great Antony Bolton. In a review of Bolton’s Investing Against the Tide

I would go for the five times earnings growing at 5% every day.

Bolton is a value investor through and through, and I think he’s more mindful of risk here, as opposed to maximizing his potential return.

Low P/E companies are (if you know what you’re doing) far less risky than high P/E companies, because there’s not much hope baked into their price.

But risk aside, there is a strong logic to betting on growth, which is that fast-growing companies can deliver stronger returns due to the power of compounding.

Let’s consider a made-up company, Go-Go Growth PLC, in that range of scenarios outlined by Bolton.

The following table shows us what will happen to GOGO share price in Bolton’s scenarios after five years, under three different earnings growth scenarios (i.e. 5, 10, and 20% growth):

The three prices in bold (64p, 161p, and 498p) are the important ones to look at first. These show us where the share price would be after five years if the P/E multiples remained unchanged.

The faster the earnings growth, the higher the final return. Clearly, if all things stay equal it’s far better to own a fast-growing share, even if you have to pay a high price to get started.

Run this scenario over 10 years and the gains become even more divergent.

But all things do not usually remain equal

In reality, you could invest for many years and never manage to find and hold one company that grows consistently at 20% a year for 10 years.

Certainly they are out there and they are easy to spot in hindsight. But they are not so easy to find in advance of their gains, even using the growth investor mindset I outlined above.

Much more commonly your 20% grower becomes a 10% grower, or worse. I have previously written about how such a change will rightly cause investors to reduce the P/E multiple on the shares. Such a ‘de-rating’ can devastate your returns.

Look again at the table above. In it we see that the P/E 20 company that grows at 10% a year for five years and remains on a P/E of 20 at the end of that period would be priced at 322p.

That’s a gain of 61%. Not a champagne moment for a growth investor, but probably better than cash in the bank.

However in reality investors would probably reduce the P/E closer to 10 for that 10% growth. In this case earnings will have grown to a little over 16p after five years of 10% growth, and on a P/E of 10 would imply a price of 161p.

Remember, you initially paid 200p! This means you’ve made a 19.5% loss as an investor, even though your company grew earnings at 60%.

That’s the risk of growth investing in a nutshell.

Again, earnings have expanded by 60%. That surprises the market and makes the shares look cheap, even if their price kept pace to grow to 64p.

Investors might decide that 10% was the new likely sustainable growth rate for the company, and they might now pay a P/E 10 multiple for the shares.

In this scenario canny Bolton has benefited from buying cheap. At P/E 10 the shares are priced at 161p.

There are no rules about P/E ratios. Don’t imagine that 10% earnings growth should always command a P/E multiple of 10 or anything like that. These are just rules of thumb and convenient examples. In a bullish market P/E multiples will expand, and in a bear market they will contract. Companies also have their own bull and bear markets. At the end of the day, the P/E rating will also incorporate factors like confidence about management, the business franchise, the prospects, and many more. Debt is a massive factor, too, which is why you may need to look at enterprise values and EBITDA if you become a growth investor.

So is it best to play safe or to go gangbusters for growth?

At the end of the day it comes down to temperament. I think the best reason to be an active investor (perhaps the only good one) is because you enjoy it. Doing something you find agreeable is a more certain pay-off than the prospect of beating the market.

Some who are drawn to active investing will love looking to the bright shiny future promised by growth companies, and some are curmudgeons and tyre kickers who love bargains and will take to value.

To thine own self be true!

Note: I know I said this next growth investing post would be about valuing “worthless” growth companies. I still mean to get to that, but I got bogged down in complicated spreadsheets and want to present it as simply as I can. Watch this space.

Next post: Weekend reading: Portfolio income tabulated by Under The Money Tree