Wealth in the UK: We’re richer than you think 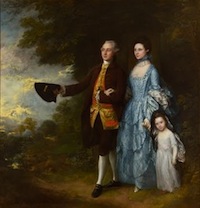 The financial crisis has hit us with big numbers as remorselessly as Professor Brian Cox enumerating the scale of space, time, and his pay packet (as well as how many hours he’s on TV, which researchers now estimate is “all of them”).

When failed bank Northern Rock was nationalised back in 2008, £25 billion still sounded like a lot of money.

But as we’ve come to hear about the hundreds of billions required to underwrite the UK banking system, or the trillion Euro ‘big bazooka’ said to be required to see off Europe’s demons, a billion now seems a mere bagatelle. (My first reaction on hearing that JP Morgan was down $2 billion on one trade was to shrug).

There is however one class of ginormous economic number that can still send shivers down our spines, and that’s anything concerning debt.

Few people seemed to care less about either consumer or sovereign debt a few years ago.

Now you can’t get through an edition of Question Time without rival politicians trying to bludgeon each others’ arguments through sheer weight of zeroes.

I’d be the first person to agree that at the national level we’ve over-borrowed and over-spent, as well as encouraged the plastic-wielding proletariat to do the same.

Yet those assets make a big difference.

Same thing with the balance sheet of UK households.

Yes we’ve increased mortgage debt, but house prices have risen far faster, which means total housing wealth has raced ahead, as have our savings and other financial assets.

Wealth in the UK

So how much wealth have UK citizens managed to accumulate, despite two bear markets in a decade and a banking meltdown?

A hell of a lot, according to research by Lloyds TSB Private Banking – by well over £6 trillion, in fact.

Using data from government bodies1 and its own estimates, the bank’s number crunchers calculate that net household wealth in the UK rose from £4.3 trillion in 2001 to £6.6 trillion in 2011.

That’s a 55% rise in the past decade, handily beating inflation over that period (the retail price index rose by 38%) and also faster than the growth in gross household disposable income (see below).

The bad news however for anyone who believes house prices went a bit silly in the noughties (*whistles*) is that the house price rises did much of the heavy lifting.

Housing wealth in the UK now accounts for 40% of total household wealth, up from 36% in 2001. Housing wealth rose by 73% over the past ten years, compared to a rise of 45% for financial assets.

Here’s a table that shows snapshots of the balance statement of loadsamoney Britain at various points from 2001 to 2011:

All figures in £ billions

Over a trillion in mortgages is certainly a scary-sounding number – enough to make anyone splutter on their cornflakes.

But net those off from total housing wealth of £3.89 trillion, and Englishmen (and women, and Scots, and the Welsh) are still £2.6 trillion in the black when it comes to their castles.

As well as house price inflation, the £1.8 trillion increase in housing wealth is due to there being a greater number of privately owned homes now than in 2001.

I’m guessing that the difference is made up by the transfer of social housing to the private sector through the Right to Buy scheme, which you could argue is a bit of an accounting trick that mildly juices up this aspect of the wealth growth.

A nation of savers

Turning to wealth held in financial assets, here things look more robust than you might expect, too.

UK households had very nearly £4 trillion in savings accounts, investments, pensions, life assurance schemes and National Savings and the like by 2011 – nicely up from less than £3 trillion in 2001 and higher than the pre-crisis peak, though down a little on 2010.

The biggest driver according to Lloyds TSB was the £718 billion rise in the value of equity held by households in life assurance and pension fund reserves, though cash deposits also doubled to £549 billion.

Imagine how we’d do with proper interest rates and a happier stock market.

It’s worth taking note of the relatively small amount of total consumer loans outstanding. Much of the big non-mortgage debt figures you’ll see bandied about refer to credit card balances that actually get paid off every month; the amount being hit for extortionate interest is far smaller.

Believe it or not, in aggregate UK households are loaded.

I stress again I haven’t been bunged £100 and a dodgy dossier by the government to claim all is rosy. I got religion about debt when most of today’s chattering classes were still figuring out ways to get self-cert mortgages on their second homes.

As a nation we’re too indebted, in my view, and we need to work it off. UK households will need as much strength as they can muster as we strive to bring the deficit under control in the face of stagnant wages, higher prices, state pension commitments that are yet to be curbed, and more.

And even on the household level, things aren’t all rosy.

For example, the total value of British households’ housing assets has risen with the greater value of the mortgages secured against them, but we’re still more indebted overall.

And house prices can go down, too, just as surely as share prices, albeit it much more slowly. You can see it in the £186 billion decline in the value of residential property since 2007, with almost 4% getting knocked off in the last full year alone. A few more years of that and the figures wouldn’t look so good.

In contrast, financial wealth fell by just 1% in 2011 – a decline that the bank says was mainly driven by a £65 billion fall in the value of shares and other equity assets held by households. Chalk up another notch for diversification.

Finally, all the talk about income stagnation had me worried that disposable income would be the Achilles Heel in these figures.

However gross household disposable incomes have held up pretty well, rising 43% over the decade:

The bank didn’t give any more detail on what comprises ‘gross household disposable income’, so I went to the ONS website directly to find out what had driven this growth.

Perusing the various surveys reveals strong growth in wages until 2007, then lower taxes and other benefits as well as lower mortgage rates helping to keep household income growth positive in the years that followed – although barely positive in real terms over the last couple of years.

Who wants to be a trillionaire?

Asset values will always fluctuate. The bigger limitation of these sorts of snapshots is that they don’t tell you anything about who has the assets, and who has the debts.

I think it’s pretty safe to assume that 99% of the population is paying off more mortgages than the infamous 1%. The latter has a disproportionate share of the cash, shares, and mortgage-free country houses. Meanwhile, millions of households have no savings to speak of at all.

What you feel about that isn’t just a matter of politics or even morals. It means that the system as a whole is less stable than this overview suggests, as the indebted households are more vulnerable to economic shocks.

That said, the positive takeaway is that whenever you hear a big doomsday number being expressed, it’s important to think about what’s sitting on the other side of the balance sheet before you run to the hills with your gold, baked beans, and a shotgun.

There is much more wealth in the UK than the gloomier headlines would have it.

Previous post: Weekend reading: It’s all Greek to me