My Law of Crazy Big Numbers 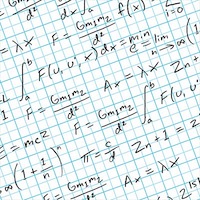 One consequence of the financial crisis has been number inflation.

I don’t mean the everyday cost of living inflation that measures how your shopping basket becomes more or less expensive from year to year (although such inflation is ahead of target, and many fear worse).

Rather, I mean how the numbers you read in news reports are far more ginormous than ever before.

Remember when a million meant something? Even a billion got a bit of respect before the credit crisis.

Nowadays it takes a trillion to make anyone sit up and pay attention.

Newsreaders dismissed the GDP of an economy like Cyprus – $24 billion – as embarrassingly tiny. They seemed almost offended by the clumsy way the Eurozone handled that crisis. Why couldn’t it have just chucked a few billion Nicosia’s way, and saved us all a lot of bother?

A 10 euro billion bailout? Pah! Wake me up when there’s a real crisis.

Our complacency about not-so-big-but-actually-still-very-big numbers may yet prove to be misguided. The Archduke Ferdinand was just one man, but his assassination still plunged Europe into World War I.

I’m thinking today though about the opposite problem – the way behemoth numbers are thrown about or plotted onto graphs to terrify and confound.

You see this a lot with the national debt of the UK and US economies. When you hear the gigantic amount we will need to repay in future years, it’s tempting to spend whatever resources you’ve got now on a wild bender in Brighton before throwing yourself off the pier.

Don’t be so hasty!

Let’s look at the US situation, where the numbers are especially massive, and where constant rankling among US politicians keeps those numbers in the news.

As every numerate American schoolboy knows, his country’s national debt is approaching $12 trillion.

But how many know that the GDP of the US is $15 trillion? Or that as of the end of 2012, the household wealth of the citizens of that country was estimated at $79.5 trillion, versus liabilities of $13.5 trillion?

Net those figures out and the US populace has a net worth of $66 trillion.

The US is staggeringly rich, even if you also tack on the national debt.

Yet how often do we hear it’s bankrupt?

The law of crazy big numbers

I postulate a new law for the economic textbooks:

The Investor’s Law of Crazy Big Numbers: Whenever there is a chance to use one side of the balance sheet to shock and awe the audience, be sure you ignore the other side. And better yet forget to mention anything about revenues and income – as well as the fact that in 30 years time we’ll all very likely be far richer, not least through inflation, which will make some of today’s large numbers seem a mere bagatelle by tomorrow.

My point is not that the US – or the UK – should duck getting its house in order.

Ultimately, the Micawber Principle applies, even in the realm of Crazy Big Numbers. Income and outgoings must eventually be brought into line.

Of course not, and neither is America.

I hope you will remember to look at the big picture the next time you stumble across an insanely-bearish blog that’s predicting global collapse on the back of some very large number or another.

Who knows, I don’t expect it but we might collapse. Even I’d make an each ways bet on environmental catastrophe.

But it won’t be because of the tricks that large numbers play with our minds.