The biggest threat to long-term wealth 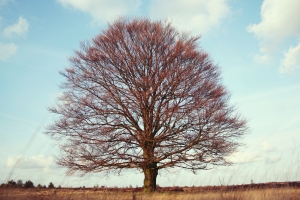 I think environmental degradation is the biggest external threat to my wealth. It makes me poorer, even as I save to get richer.

Mostly your financial future is within your control. If you work hard, avoid debt, and invest, then as long as you’re healthy you’ll do fine.

But some threats are outside of your control:

Of these, environmental degradation currently looks the most dangerous for Western investors.

The UN’s new Global Biodiversity Outlook says that all the 2002 targets to reduce biodiversity loss have been missed:

The report says a number of habitats are approaching ‘tipping points’ beyond which recovery will be difficult or impossible. It cites the death of large areas of Amazon forest, the collapse of coral reef ecosystems and the shift of many freshwater lakes to algae-dominated states.

If the world was a stock, it’d be going to zero.

Fears that don’t matter much

Most money bloggers are scathing of ‘greenies’. They see bigger risks in Government borrowing, taxes, foreign competition, and devaluation.

Not me. Those risks are legitimate concerns, but they’ve all been tackled many times before:

In contrast, the current rate of environmental degradation is insidious, unprecedented, rarely checked, and potentially catastrophic.

The Earth: A wasting asset

Monevator is a personal finance blog, so let’s put it in those terms:

Good investors buy assets that grow in value or that generate an income. The best investments like stocks and property do both.

Poor investors buy wasting assets. Examples include consumer electronics, fashionable clothes, cars, and non-antique furniture. These purchases start falling in value as soon as you buy them. You get use out of them, but owning them in the long-term doesn’t make you richer.

For hundreds of millions of years the Earth grew ever more productive. What started as primordial gloop evolved into myriad forms of life that grew still more productive and interconnected (give or take the odd meteor!) By the time humans arrived, every corner and deep place in the Earth had been colonised by life.

About 10,000 years ago, we invented agriculture and began multiplying in earnest. Along the way:

For perhaps 9,700 of those years, none of this really mattered. Humans and our domestic animals substituted for the predators and herds we’d destroyed. I’d love to see a North America with millions of buffaloes hunted by wild cats, but the ecosystem probably doesn’t need them.

But with the industrial revolution, our ability to cause environmental degradation rocketed. To cut a 300-year long story short:

Our consumptive and destructive way of life – lived by 7 billion people – has transformed our planet from a productive asset into a piggy bank that we at first raided and have now smashed to the floor to get at what’s left.

Our golden goose has become a wasting asset.

Environmental degradation and you

“What did a panda ever do for me?” some people say.

This viewpoint tries to sound tough but it’s just ignorant. Even if you don’t care for cuddly animals, nearly everyone enjoys the environment when we can – and we all need the food it supports. We take it for granted.

Economists talk about ‘utility value’ – the value you put on an investment on the basis of its anticipated performance. Utility value reveals how environmental degradation has made you poorer, and how it will make you poorer in the future, too.

Each one of us gets a load of economic ‘services’ from the environment, from fresh air to food to pleasure. But we get a lot less than most of our forefathers did – we have to go further to find a wilderness, or fish deeper, or never expect to see 10 butterfly species in our back garden again.

In this sense, we’re growing poorer by the day.

For 99.9% of human evolution, the Earth provided fresh fish from the seas, oxygen from huge forests, good hunting, and vistas from almost any hill. But such assets have been consumed, instead of being nurtured for the long-term.

It’s like spending your capital instead of investing it for the future.

The world keeps getting warmer, the sea more acidic because of it, rainforests are being cut down to grow beef and palm oil, and the waters are rising.

Yet we keep on breeding and carelessly consuming, seemingly oblivious to it.

The ultimate price of environmental degradation

The great unknown is whether environmental degradation will prove catastrophic to humanity. (The planet and life itself will survive).

James Lovelock – the scientist who coined the Gaia thesis – reckons it’s already too late. He thinks we’ll be lucky to see more than couple of hundred million people huddling at the poles by the end of the century.

Let me repeat that, before anyone quips about enjoying it while we can:

Though I’m not optimistic, I’m not quite as gloomy as Lovelock.

I’m typing this on a brand new Mac that sings of human ingenuity. We already have most of the tools at our disposal to stop climate change and our dependence on oil (and the dodgy regimes that own it). I agree we probably won’t take the steps required to reverse the damage, but we could if we truly tried.

Your future wealth in the balance

But even if we can stave off environmental collapse through technology, what kind of world do you want to leave your children?

By all means complain about petrol prices, the cost of sustainable seafood, and schemes to save forests and wildlife.

But don’t expect your grandchildren to thank you for making them poorer.