Plan to invest as shares fall 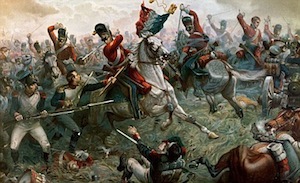 You don’t have to take my word for it that you should buy when shares fall: In this article you can listen to Tim of the Psy-Fi blog instead.

When stock markets dive into a pit of despondency, the prices of shares fall fast, as they are treated less like claims on a business and more like lottery tickets.

In investors’ heads, the little switch marked ‘Risk’ flicks over – and at such times, investors seem to forget company valuations to focus on anything from the oil price to politics.

When we’re worrying more more about how the Italian Prime Minister is going pay for his next bout of bunga bunga than whether Tesco can maintain its earnings record, there’s something seriously awry. Yet these are excellent times to be a contrarian investor.

“If you want to have a better performance than the crowd, you must do things differently from the crowd.”

If you’re a seriously contrarian investor, these are the times you live for. You hoard cash like a miser while everyone is spending theirs like a millionaire, and then you spend like a billionaire’s daughter while everyone else is trying to “preserve their capital”, whatever that means. (Buying gold, perhaps, although by that account most billionaire’s daughters are already great investors).

What’s really odd is that anyone out of short trousers has lived through falling markets before: the dotcom bust of 2000, the crisis after 9/11 and the subprime implosion of 2007. Anyone intelligently investing in shares at those moments of fear has done astonishingly well, despite the fact that the noughties were supposedly the lost decade for stock markets.

Still, this isn’t carte blanche to throw caution to the wind, mortgage up the wife and kids, and start buying shares. Times of great fear reward thoughtful investors who have a plan for just such occasions.

There are many possible plans, but here’s one loose set of rules:

Build up your cash pile when other investors are fearless. Stash away dividends and funds from takeovers, top-slice, or even sell overvalued companies. Keep the money where you can get access to it – government bonds or cash are the only riskless places (and neither are really riskless, but all things are relative).

If you want to stock pick rather than just buy index trackers, then prepare your long list of companies you’d like to buy if the price was right. When markets start falling you need to know what you want to own, and the price at which you’re prepared to own them. Make sure you have a decent margin of safety.

Plan to buy when markets are down. It’s really difficult to buy today when you think you may be able to buy cheaper tomorrow, but it’s a necessary mental discipline. The late, great contrarian investor Sir John Templeton used to set deeply discounted automated buy orders because he knew how hard it was to buy in falling markets – and he was one the best investors of the last century!

Don’t buy all at once. Some panics end quickly, others drag on for months or even years. Being contrarian doesn’t mean being stupid: plan to feed your money into the markets over several months. Six months to twelve is about right, although if you’re looking at greater than 20% of your portfolio value then even longer may be prudent.

Don’t focus on how much you’re losing. No one runs through the hallowed halls of the London Stock Exchange with their hair on fire and ringing a bell announcing the end of a bear market. By the time we know for sure so will everyone else.

Although money wisely invested in the stock market should eventually reap returns many times greater than the alternatives, you can never guarantee an exact time at which you can extract it. So don’t put money in the markets that you may need to repay debt in the short-term. That’s not risky, that’s stupid.

You can read more from Tim on his Psy-Fi blog.