Holding my nose and buying in Europe 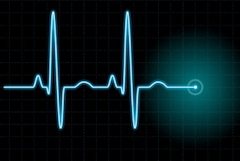 A few canny value investors like Warren Buffett have beaten the market for decades by buying cheap shares.

More recently, academics noticed what they were up to and identified the value premium – the excess return over the market that you’ve earned by zeroing in on shares that looked cheap on measures such as price versus assets, or which sported a higher dividend yield.

Now passive investors like our own Accumulator are in on the act, adding a value tilt to their portfolios through ETFs that favour value shares over their growthier brethren.

But I think Mr. Buffett can probably rest easy.

Leaving aside my skepticism about recent attempts to reduce the legendary investor’s achievements to a formula, even data-driven academics concede that value investing is as much about emotion and temperament as it is about numbers.

Why? Because the worst companies in the value bucket often look one short lurch from the coffin. And even the best of them are seldom the sort of companies you’d brag about owning in a City bar.

It takes commitment to stick to value fodder when all else are abandoning dull companies for revolutionary electric car makers or sexy yoga pants vendors.

Indeed, even Warren Buffett found his market-beating record counted for little in the late 1990s. Buffett was ridiculed as yesterday’s man when he warned the financial world that the Dotcom bubble would end in tears. He refused to change his investing methods even as he badly lagged the market.

Of course, the 1990s stock market boom subsequently burst and Buffett was vindicated as his ‘boring’ stocks rose.

But in 1999 he wasn’t to know that would happen. He could only believe it.

You and I also believe we’re made of the right stuff, right? Like Buffett, we’d have loaded up on value shares or funds in 1999 and concentrated on the long-term returns, wouldn’t we?

This is why the value premium persists. It should have been whisked away by the efficient market years ago, as it’s hardly a secret. Everyone should be buying value shares.

But like the poor and Bruce Forsyth, value is always with us.

Don’t believe me? Take a look at the following chart, which shows the performance of the iShares European Large Cap Growth ETF (Ticker: IDJG) versus the value one (IDJV) over the past five years:

As you can see from the graph:

Growth has been smacking value for five years, by a 50% differential over the period.

How can this be?

If you look more closely at the graph, you’ll see the divergence began in early 2010.

This coincides with when bailouts for the peripheral European countries and even the break-up of the Eurozone went from nerdy financial columns to the mainstream nightly news.

Europe entered crisis mode, and people started to fear the worst. European markets fell, and some have yet to recover. The Italian market for example is still down by a quarter since the start of 2010, compared to the UK market that’s nearly 30% higher since then.

At first blush, the out-performance of growth companies compared to the value ones in Europe might seem surprising. Why would investors prefer to own more expensive growth shares if they were worried about the future? Wouldn’t it be better to focus on ‘safer’ value stocks?

It’s a sensible-seeming thought, but it’s not what happens. To understand why, you have to realize that ‘value’ as, say, Warren Buffett has popularised it, is not quite the same as an academic understands it – and hence not the same as you’d buy in a value ETF.

Early Buffett – or better yet hardcore value investors like Walter Schloss or John Templeton – did indeed buy baskets of beaten-down value stocks on the strength of cheap-looking company fundamentals.

But an older Buffett has warned us that the first rule of investing is “not to lose money”. And rule two refers back to rule one.

Stock picking value investors say they “focus on the downside”, too. What’s the most I could lose if my investment goes wrong? In the worst case, would anything be left if the company keeled over?

This sort of investment thinking – when applied to an economy headed into turmoil and recession – will often take you away from so-called value shares, and into growth shares.

I don’t mean flighty blue sky stocks with no real business to speak of. Such speculative shares are invariably decimated when bull markets end and recessions strike.

Rather, I mean good quality growth companies that look like making some progress whatever the economic weather.

Investors start to favour these stronger companies whose futures are more under their own control – ones where people really want to buy their products, and so they can to some extent control their margins and earnings.

An extreme example would be a company like online clothes retailer ASOS, whose shares are up 12-fold since 2009.

Recession, what recession? The compelling ASOS proposition has seen it take money off the many stagnant High Street retailers who’ve struggled as belts have tightened.

On the other hand, all the physical assets and stodgy revenues that define a value share are pretty onerous in a downturn. Sales fall as the wider economy stumbles, and profits can collapse. Production lines become a rusting liability. The company may theoretically have valuable factories or oil in the ground or what have you, but nobody wants much of that in a recession.

Value companies may also have big debts, which are about as attractive as concrete wellies on the Titanic when the economy darkens.

For all these reasons and more, value shares are often dumped in recessions.

So value shares sell off, even though people know that if they buy and hold them for the long-term they’ll probably do better. And that’s just what has happened in Europe.

Interesting lesson, I hear you grumble. But how can we make money from it?

Well, the first thing to realize is that those European investors are no less smart than you or me. They have sold their value shares in the face of the storm, just as most of us will sell ours the next time things get rough here.

But more immediately interesting, perhaps, is that this could be a great time to go shopping for European large cap value shares.

I suspect most people invest in value on some sunny day thinking idly, “Don’t be silly – of course I will hold through the rough as well as the smooth!” They probably believe so, too, after looking at a few years of graphs showing excellent out-performance of value over growth to-date.

Sure they’ll see some glitch back in the midst of time, if they pan the graphs back far enough. Fine, they think – they’ll hold through a glitch. They’re no mugs!

Well, now we have a chance to buy value in the middle of the glitch – or just maybe as it’s coming to an end.

I’ve noticed over the past few months, European large cap value has kept the pace with growth:

Moreover, I think the European economies are looking up, and long-term readers may remember I was always disdainful of the extreme break-up fears anyway.

When investors regain their confidence and those European factories start to hum, I’d bet good money Europe’s large cap value shares will close the gap and beat growth shares and the wider market.

In fact, I am betting good money.

US shares look a bit expensive,  and even the UK looks a little heady in places, but European value shares look cheap.

So I’ve been buying in Europe – both in individual names and through European tracker funds.

And I’m taking a slug of that European value ETF, too. It’s yielding nearly 5%, and it’s packed with solid companies that will one day do the business again.

Academics take note: I’ll be available for interviews and your rigorous hindsight biased data-mining in a few years time! 😉

Next post: Weekend reading: Return and volatility data for the US lazy portfolios