Do you have an investing edge? 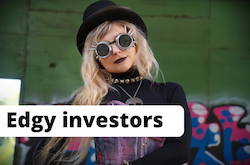 A seemingly doomed games retailer sees its shares rise 20-fold and makes headlines around the world on the back of some ramping on Reddit.

A defunct cryptocurrency that’s a joke about a dog is apparently worth more than most of the UK stock market.

In such an era like this, I expect making the argument the markets are efficient will get especially short shrift.

But let me ask you something…

Did you get rich off either of these incidents?

Are you invested in Jim Simon’s Medallion fund? Do you work at Citadel or Goldman Sachs?

Then markets are efficient for you.

Ain’t no such thing as an easy edge

There are no obvious, easy trades. There’s no way to consistently beat the market. Active investing is pointless, there’s no free lunch, you don’t have an edge. Don’t even bother trying.

But how can this be true? There exist all sorts of super-investors, after all.

What about Warren Buffett?

Well, are you Warren Buffett?

Then markets are efficient for you.

Most super-investors are only observed as such because of survivorship bias. We don’t talk about all those who lost along the way.

Where the pros find their investing edge

In my professional capacity I’ve witnessed actual edge, firsthand. And pretty much none of these edges are available to the private investor.

Let’s run through a few examples.

A very long time ago, when I first worked in investment banking, our trading desk knew when the research department was going to upgrade a stock. We’d quietly accumulate it for a few days beforehand – by filling customer sales of our own book, but passing buys to the market.

On the morning of the upgrade, the sales gang would push the stock on our customers, and guess what? We had plenty of inventory to sell them!

Then there’s the euphemistically named ‘pre-hedging’ – aka front-running.

Customers selling a large block of stock? We’ll just sell a bit first. (This was what Bernie Madoff investors thought that he was doing – front-running his brokerage clients).

Trading against your own customers’ order-flow is also a good (although volatile) edge.

This is what a lot of retail FX / spreadbet-type brokers do. They literally take the other side of every customer’s trade. Your losses are their gains.

They then rig the game to make sure you lose, by, for example, giving you orders-of-magnitude more leverage than is appropriate for the volatility of the instrument being traded. This way you will keep getting ‘stopped out’.

Do you have some price sensitive information that everyone else doesn’t?

Do you have the doctors involved in a drug trial on the payroll as – ahem – consultants?

If it’s really price sensitive, you can’t act on it if you want to avoid prison.

For the avoidance of doubt, information you get by reading the business section of The Telegraph on a Saturday morning is not price sensitive information. Nor is a public RNS from the company, a tweet, a blog post, or something in a WhatsApp group.

I’ll save you a lot of time: any information you’ve got is not price sensitive.

Speed can be an edge. Maybe everyone gets the same information, but some get it quicker than others, or are able to trade more quickly.

Carrier pigeons from the battlefield or microwave towers to Chicago are all speed edges.

There’s no way you’ll ever be faster than the professionals.

Make your own investing edge

Some investors’ reputations precede them so much that they can make their own edge.

Warren Buffett is a textbook case. Once he has been initially successful in an area – perhaps by luck – anything he touches is gold.

Buffett used this to great effect with his Bank Of America loan and warrant deal in 2011. Once the market knew Buffett had its back, the bank was no longer in danger – and Buffett made out like a bandit.

Want to load up on some dodgy crypto before tweeting the whole world about it? Seems to work pretty well if you’re Elon Musk.

Unless you work for a shop that does this sort of thing, these edges are not available to you.

Don’t think that buying the shares in companies that do have these edges will help you. Such outfits are not run for the benefit of the shareholders.

Investing edge for the masses

There are a couple of edges that maybe – just maybe – available to private investors.

You’ll often hear a claim that as a private investor you can invest in smaller, less liquid stocks than institutional investors. And that this can be an edge.

You’ll mostly hear this from people promoting those very same micro-crap (no, that’s not a typo) companies.

After all, if the company was any good, it’d have a higher market cap, right?

Now this one is interesting. You can just about construct an argument that this edge is available to you.

Maybe you’re prepared to take risks that others aren’t?

This is part of Roaring Kitty’s edge (that is, the r/WallStreetBets guy).

No sane person puts a decent fraction of their net worth in short-dated, far out-of-the-money call options in a near-bankrupt retailer.

But you can. If you want to.

As a professional investor, you can only underperform the market for so long before they take the money away and give it to someone else.

As a private investor, it’s your money. You don’t have to explain yourself to anyone.

In theory this can be a powerful edge.

Inevitably you give up just before it starts working anyway.

As a private investor you’ll rarely have an edge. So if you find yourself with a (legal) one, make the most of it!

I’ve been investing for 40 years, and in a personal capacity I’ve had an edge on four occasions.

Yes, you read that right. An average of once a decade.

Here’s a small one I can tell you about…

And who sets interest rates? Central banks do.

Macro guys would short a yard of Yen on the basis of a rumor about the sort of sushi a minor board member at the Bank of Japan had chosen for lunch.

So in late 2012 we’re expecting the announcement of a new Governor of the Bank of England. It seems to be all they can talk about.

I’m following along by keeping half an eye on the Betfair odds. Tucker and Turner are firm favorites, and then there are a few long-shot stub quotes, all at 100-1.

So on the day of the announcement I overhear one of the macro guys say: “That’s weird. Bank of Canada has a press conference at the same time as the announcement. Could it be Carney for governor?”

By the time he’s finished this sentence I’m on Betfair.

True, this is not a dead-cert. But 100-1 is clearly now a mis-pricing. There it is – a market inefficiency right there in front of me.

Naturally I lift it all.

I would have done the lot, every single penny.

The rest of the time? Just index.