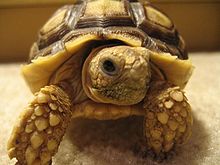 Despite my enthusiasm for tax shelters, I didn’t get religious about taking up my annual ISA allowance until 2003.

As a result I hold a lot of unprotected shares that are liable for tax on dividends and on capital gains.

If you’re a higher-rate taxpayer, you can’t escape being taxed on dividends outside of tax shelters, short of earning less income to take you down a tax bracket. Rather counterproductive.

A better solution is to invest in non-dividend paying shares outside of tax shelters and to hold your income shares inside them.

But it’s not as good a solution as using tax shelters for everything in the first place!

With capital gains, you have more flexibility. As a semi-active investor, I’ve been using my annual CGT allowance to defuse taxable gains. I’ve then used the proceeds to fund next year’s ISA allowance.1

In the past I’ve even turned to VCTs for tax relief, though I wouldn’t recommend it. Some wealthy individuals might also consider Enterprise Investment Schemes.

Meet an investor who never trades

There is another way to deal with capital gains. It’s a method of tax avoidance beloved of Warren Buffett, who has touted the strategy many times.

The idea to sit on your gains – i.e. not sell them – for as long as you can, in order to put off crystallizing your tax bill.

You may be surprised by how much this can reduce the tax you pay.

Indolent Eric receives £10,000 from an insurance company, because he was too lazy to wear his seat belt during a turbulent aircraft landing and so was bumped on the head by a passing slice of cheesecake.

“What shall I do with the loot?” Eric asks his friend, Flamboyant Freddie. “I really can’t be bothered with all this bother.”

Eric does what Freddie recommends, mainly because he can’t muster up the energy to research anything else. He then forgets all about it.

Naturally, Eric doesn’t use tax shelters – it sounds too much like hard work.

Let’s say Eric doesn’t look at his shares for 20 years, and that over that time they deliver a 10% annual return.

That’s the same return, conveniently for our purposes, as Flamboyant Freddie, who buys and sells shares in a normal account and pays taxes. It’s also the same as Canny Christine, who holds her investments in an ISA. (You may remember these characters from my earlier article on how tax reduces your returns).

Since Eric does not trade his shares and they pay no dividend, he pays no tax over the years. The trust’s share price – and thus his holding’s value – just zigzags higher over the two decades.

No tax to pay (yet) for 20 years of doing nothing

A quick calculation reveals that after the 20-years are up, Eric’s investment is worth £67,275.

That’s exactly the same amount as Canny Christine, who traded shares and received dividends to get to her 10% per year return – but who did it in an ISA so also paid no tax.

So far so good for Eric’s lazy strategy.

Freddie therefore ends up with just £42,479, which is much less than his untaxed friends. (See my previous article for the maths).

Indolent Eric’s investment has done well, but he has a problem. He’s too tired to go to work anymore, and he needs a luxury waterbed to laze about on all day once he quits.

Only now does Eric remember his investment! He logs in via his iPad 13 and sees his shares are now worth £67,275.

Naturally he rushes to sell (over a period of weeks, punctuated with three-hour TV sessions and a bout of hibernation).

When Eric eventually does sell, the ‘rolled-up’ capital gain that has been accruing over the decades finally becomes due.

More pertinently, shoot back up the page and you’ll be reminded that tax-paying Freddie – who earned the same 10% return per year, but who paid tax every year – ended up with £42,479.

By delaying paying tax for 20 years, Eric ends up with 31% more money than Freddie even after he settles his tax bill – despite earning the same 10% per year return!

How did this happen?

Well, Eric has effectively had a loan from the taxman every year that he delayed paying tax – a loan equivalent to the tax he would have paid that year.

Each year’s ‘loan’ has gone on to compound alongside his initial investment. Even though this pseudo-loan and the gains on it are taxed at the end of 20 years, the maths mean it all adds up to a higher tally.

Like Warren Buffett, I think that’s a pretty good deal for doing nothing – if you can find a share you’re happy to hold for 20 years.

Doing nothing will obviously reduce your trading costs enormously, too.

You might even see a better result, depending on your circumstances. In some cases it might be possible to pay a lower rate of tax on gains in the future than you would have paid in previous years.

For example, when you begin to sell down your holding, you might start liquidating just a portion of your rolled-up investment each year – an amount that keeps you under the annual capital gains tax threshold – in order to release funds without paying tax on them.

Alternatively, you might pay a lower rate of capital gains tax because your annual income fell when you retired.

Remember, too, that tax policy can and does change.

Even though the UK government no longer treats long-term capital gains more favourably than short-term gains via lower tax rates, I wouldn’t be surprised to see this change again in the future, for instance.

The bottom line is there’s plenty of ways to legally and easily avoiding paying tax on your investments, and that doing so can make a big impact on your returns.

For all but the wealthiest, ISAs and pensions are the easiest way to do this. Using them needn’t change how or what you invest in – so you’re not letting tax concerns interfere with your other investing priorities.

Beyond that, you can use CGT avoidance strategies, such as the one I’ve outlined here, to further reduce the tax you pay.

Even if you’re an active share trader with holdings outside of ISAs and pensions who can’t abide the idea of owning a share for a month let alone years, you can consider spreadbetting to avoid paying tax.

Best of all, none of these tax avoidance methods involve dodgy off-shore schemes, or paying an adviser to put you into an opaque product you don’t understand.

Work out your real tax bill

Do you think I’m too determined to avoid being taxed on my share gains?

Well, if you pay tax on your investment gains or income, try sticking the amount you hand over into a compound interest calculator, then set it to grow for two or three decades.

You’ll find that a significantly bigger number is returned.

That’s what paying tax on your share gains is really costing you!

Next post: Weekend reading: A slight tweak to your regular link smorgasbord