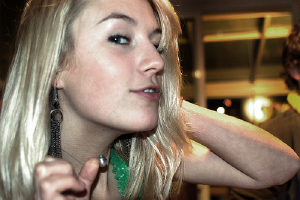 I believe Facebook will one day be seen as important a leveling force for humanity as the Magna Carta, the Suffragettes and the International Bill of Human Rights.

Why? Because what strikes you when you click through other people’s profiles is how similar we all are.

We no longer collectively aspire to marriage, 2.4 kids in the suburbs and cutting our lawn on Sundays in formation.

Yet we mostly have similar gangs of friends who crowd in front of the camera or who take photos of us on bridges during breaks in far-flung cities.

We’re different, but we’re recognisable by our similarities. We rally around them.

But there’s another thing that strikes you when first encountering Facebook, if you’re over a certain age.

It is harder to write about, but even more true.

Up until a year or so ago, most people kept their Facebook profiles open. This meant you could snoop about the friends and family of your own friends, and get a glimpse into their lives.

Most Facebook users then were 20-somethings, so if you were my age you saw endless snapshots into a time of life that was now in your past.

And one thing is clear: Young people are ridiculously beautiful.

Your gran was right: you are/were gorgeous

We don’t realise how stunning we all are when we’re young, of course.

Instead we lust over the same particularly cute girl in college, or gossip about the same muscled guy in the mail room.

But from the perspective of a decade or two, almost everyone in their late teens and 20s radiates beauty.

It’s an uncomfortable truth (especially if you’re getting on a bit!) but it’s true nonetheless.

Still, just to make sure I’m not some lecherous old man, I sounded out this observation with respect to Facebook with friends and strangers of both sexes while on my recent holiday.

In a few cases it took a drink or two to get them to open up, and some of the responses veered towards the coarser end of aesthetic appreciation!

Bu it was remarkable how virtually everyone (the men most enthusiastically, it has to be admitted) had clicked through a younger sibling’s profile and gasped (/drooled) over the photos of the friends they found.

So why am I writing about this on Monevator, a site about investing and securing your financial future?

Because with the perspective of time, I see I really didn’t need to spend much on clothes and pick-me-ups when I was in my twenties.

I’m putting this out onto the Internet because it is something I have learned about life that could make a difference to people’s financial futures, if they’ll listen.

Would I have listened when 25? I was hardly a clothes horse, but even as a man I did go through a somewhat materialistic phase, where I had to have just one more great suit or pairs of shoes than I needed.

Looking back, I should have stuck to t-shirts, trainers and jeans.

Of course, this post has no audience on this site. I can’t imagine many 20-something women in particular will read it – yet they’re the ones who really are wasting their cash.

True, for all the advances of the sexual revolution, men are still partly evaluated more for their possessions and potential than for their appearance, whereas however unfairly, looks remain towards the top of the list for men judging women.

In that sense, it may make sense for women to spend thousands on expensive dresses, haircuts and make-up every year.

Except that most men don’t really notice expensive dresses and haircuts (or, at the risk of peddling stereotypes even further, it’s only really my gay male friends who do). We notice when a woman is physically beautiful, but we’d struggle to say it was because of the right label or fit.

It’s depressing to me now to walk down Oxford Street in London and see young women bundling along the pavement having spent all their money on clothes they don’t need to look like knockouts.

I’m told by female friends they do this mainly for other women, so perhaps the solution is to hang out with older women. They will be too envious of how good you make a skinny t-shirt and your boyfriend’s jeans look to dare suggest a shopping trip.

Enjoy your youth, and save the money instead

The difference that spending £100 a month less on clothes during your twenties and investing it instead will make to your future is incredible.

If you can save £5,000 by age 25 and invest it for average returns in the stock market, you’ll have £225,000 in your retirement pot by the time you’re 65, regardless of what you save during the rest of your life.

As I say, few young people will read Monevator. Perhaps if you have a younger relative or friend, you could forward it to them?

To conclude, I don’t think youth is wasted on the young, but I do think a lot of money is. If you invest it to benefit from decades of compound interest, you’ll be grateful when you’re older.

Needless to say, running up debts to spend on clothes in your 20s is insane. You are only borrowing from your future self, who will be poorer because of it, and who won’t have the other benefits – freedom, time, potential, beauty – that you enjoy now.

Your looks won’t last, and nor will it matter in 20 years what strangers in a club think of you tonight.

If it really bothers you, dress simply but economically and hang around with older people who’ll think you look marvelous. (We’ve got more to say for ourselves, too.)

“The problem with beauty is that it’s like being born rich and getting poorer.” – Joan Collins

Young? You’re beautiful already. Save and invest for the future instead.