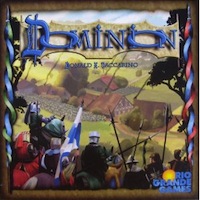 I haven’t learned as much as I could have from my lifelong fascination with games.

for example – remortgage aggressively, buy the mid-priced, well-placed orange squares, and then build, build, build – then I might have profited from last decade’s property boom.

Alas, I have just confirmed another 12 months with my landlord, and I stubbornly refuse to deploy money into what I still see as a precariously priced London housing market.

Another example: I’m awful at chess

I know the rules of chess, obviously. And I’ve been beaten enough times to get the tactical general gist.

But I struggle to sacrifice pieces to win a checkmate. Instead, I guard everything defensively, until being ripped apart by a couple of knights or a rampaging queen. I don’t think far ahead enough, either.

Here I see echoes of mistakes I’ve made when stock-picking – both in being too cautious about the sort of companies I’ll consider (particularly with growth opportunities) and also jumping to assume a speedy reversion to the mean, instead of foreseeing protracted multi-year downturns.

I’m alert to these tendencies now, but I’m sure I’m not cured of them.

Mirror, mirror, on the board

For good or ill, I tend to play Settlers of Catan

the same way I invest – opportunistically.

Most of my friends are one-trick ponies when approaching this game of trading and land grabbing, but I’m pleasingly flexible with my tactics.

Unlike in real-life investing, there are no turnover costs to worry about in Settlers of Catan, so I churn my resources continually to try to give myself options. Doing so tends to beat waiting around for the right cards to show up.

Similarly, I try to be alert to the changing landscape in my real-life investing, and to take advantage of being a private – and hence nimble – investor.

I was even selling physical possessions in March 2009 to buy all the equities I could, for instance. And in the last few years I’ve attempted to turn the illiquidity of current markets to my advantage by trading overlooked or reviled small cap shares, to mixed but overall profitable ends.

I think most people are best passively investing, but the reason my co-blogger writes about it now is because I’ve been ever more active over the past 3-4 years.

I’ve even been experimenting with stagging retail bonds, despite my lack of enthusiasm for fixed income versus equities on current valuations.

Indeed, I suspect one of the reasons why people fail when they actively invest1 is because they clutch to metaphors and narrative fallacies, most of which are contradictory.

Should you “be greedy when others are fearful” or ought you “never catch a falling knife”? Either way, if you do make a profit should you “run your winners and cut your losers” – despite the warning that “nobody ever went broke banking a profit”?

Pick your homily and make your choice.

That caveat aside, I believe I’ve genuinely learned something about myself in the past few months through playing a card game called Dominion

It’s another one I keep losing at, and after some introspection I think I know why.

And it’s a little scary what I think it could be teaching me about my attitude to money – and my life.

I’m guessing that you probably haven’t played Dominion. So before revealing what I’ve learned about investing and money from repeatedly losing at it, I’d best explain how it works.2

Dominion is a card-based game, but they’re not the cards you’ll be familiar with from your late night strip poker sessions.

Rather these are the sort of theme-based cards that you might have seen hairy teenagers touting at each other when playing the cult classic game Magic the Gathering and the like.

In the most basic version of Dominion3, cards come in three kinds: Treasure, Action, and Victory cards.

These cards all relate to the medieval back story of the game – so Thief cards enable you to steal from other players, for example, while the Mine card enables you to add to your Treasure pile.

The only way to win is by having the most Victory points when the game ends. Players take turns to use their cards to achieve this goal.

A turn consists of:

On the face of it this might not sound like it relates much to investing – let alone your financial life-cycle.

Leaving aside the colourful specifics of the Dominion cards – Woodcutters, Feasts, Coins, Estates, and all that malarkey – what we have here is a crude model of the choices we face as investors.

Saving your money – You can spend your Treasure cards to buy more treasure. Over time you’ll amass quite a pile of loot.

Investing in productive assets – You can also use your Treasure cards to buy Action cards. This is key because you can only maximize your productivity by deploying Action cards in your Action phase, typically to gain more cards by doing so. It’s quite a bit like investing.

Spending your winnings – The kicker is that neither Treasure nor Action cards count towards winning when the game ends. All that matters are Victory cards, yet they aren’t good for anything else (you can’t spend them or deploy them in the Action phase, and they tend to clog up your deck). The Victory cards are a good metaphor for consumer spending and consumption.

Skilful Dominion players invest in a few complementary Action cards and high value Treasure cards, and they are good at judging when to go from the accumulation phase (investing in Action and Treasure cards) into the endgame (buying Victory cards).

Along the way they manage their decks carefully, trashing lower-value Treasure cards and Action cards to keep their decks punchy and to increase the frequency with which their higher value cards come up.

Why I lose at Dominion, and what it means for real-life

Here’s what I do in Dominion, and why it’s bad:

I hoard all my Treasure cards – Good players trash cheap Treasure cards, in order to focus their hands on higher value ones. I find it almost impossible to throw away money, even when I understand why I should.

I buy lots of different Action cards – Instead of having a clear strategy, I tend to buy lots of different kinds of assets (i.e. Action cards). This is partly a consequence of the previous point – that I hate wasting money. If I find myself with five coins worth of Treasure to spend at the end of my turn, I want to spend all five coins, not spend four and forgo one. I’ve rarely seen this magpie approach pay-off with a win.

I buy Victory cards too late – At the conclusion of games of Dominion I’m left with huge decks stuffed with Treasure and Action cards, none of which are worth anything. My rivals end the game with lean decks and a lot of Victory cards. I delay buying Victory cards because in my gut I see them as dead money. I always think “Just one more turn”.

The flaw in my strategy recalls the famous maxim of the economist John Maynard Keynes:

I keep accumulating Treasure and Assets in Dominion as if there was no Victory point aspect to it. I tell myself I’ll play differently next time, but the same thing happens again. I always want to grow my assets, not consume.

And here I can see parallels with my life.

For example, I have wondered before if I run a tight ship or am just a tightwad? I have saved 20-30% of my net salary, more or less, for most of my working life, and sometimes saved more. I’m not particularly proud of it, because I find it easy the way most people find it hard.

He who dies with the most toys still dies – that’s one difference between real-life and Dominion. If there are winners in the game of life, they are surely not simply the ones that spend the most.

Yet by the same token, life is not a rehearsal and you can’t take it with you.

Am I spending too little in my life today – having less fun or less comfort or less satisfaction – in order to invest for an ever-shorter-lived future self?

I can even see echoes of my Dominion mistakes in the big property blunder I mentioned at the start of this article.

Despite the historical evidence that house prices tend to increase over most periods of time, I’ve always been quicker to see a liability – repair bills, refurbishing costs, and a mortgage racking up interest.

So I’ve saved and invested instead, to the point where I’ve now got enough Action and Treasure card equivalents to buy the first flat I shied away from in the 1990s several times over outright… if only the price hadn’t gone up four-fold since then!

Clearly houses are assets, as well as liabilities – and I’d like to own one and paint it how I please, as Kirsty’n’Phil say on TV. So when will I cash in some chips?

As things stand I risk running a mortgage into my pension years. The parallels with the Victory cards in Dominion are clear.

Back to the game of life

It may seem strange that I’ve noticed these tendencies from a game rather than from, say, various ex-girlfriends shouting at me until they’re blue in the face that I’m not Peter Pan.

But most of literature’s great novels wouldn’t exist if we found it easy to see ourselves, would they?

I’ve not found it easy to change tack in Dominion, and I am not about to rush out and buy a two-bed flat in London that’s priced at seven or eight times average earnings, either.

But this cult card game has given me pause for thought (as well as making me want to recuperate with a few triumphant games of Monopoly!)

What lessons have you learned about money or investing from a game? I’d love to hear from you in the comments below.