What everybody needs to learn from recent immigrants 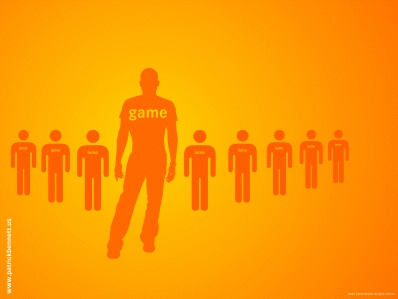 What’s the best use of a newly-arrived immigrant?

3. Someone who can help you earn more money by motivating you to increase your income?

While I’ve nothing against you doing up your house, I vote for option three. Learn to earn more money!

Putting aside the difficult political issues, I find it inspiring that someone will leave their home, family, friends and even their language to pursue a better life.

Even more so when they do it illegally, often at great peril.

I don’t say it’s right, or that the rich countries of the world can absorb unlimited newcomers. Only that it shows what some people will do to change their lives.

Be inspired by a funny-sounding schoolkid

Who’s more inspiring: a 30-year old banker who takes a year off to do an MBA, or a Bulgarian student who comes to London with a backpack, a tatty phrasebook, the phone number of a cousin and a willingness to really try?

Both are laudable, but it’s the Bulgarian girl who isn’t getting the respect she deserves.

Compare her adventure to the millions of people in rich nations who languish on benefits in the middle of nowhere rather than moving to the nearest big town to find a job and earn more money than they get on the dole.

Such people surround themselves with negative thinkers who comfort each other with old lies, rather than challenging each other to aspire to something better.

I don’t say it’s easy. Whatever the self-improvement gurus say, it’s very difficult to commit to changing your life.

That’s why it’s so inspiring when someone does.

You can’t earn more money by staying the same

Immigration is a hot topic. In Britain, the opening of borders across the European Union made legal what was already a steady stream of clandestine newcomers, often to the disquiet of the press and locals.

In some instances the impact on local services has been massive. I think I was the only native speaker in an NHS A&E waiting room last month, for example. (Don’t worry – it was a false alarm!)

Even in the United States, Canada, and Australia – countries founded by recent waves of immigrants – there are calls to pull up the drawbridge, or to at least to put up more fences. Some argue the Republicans have failed to recapture the White House entirely because they take the protectionist side of this debate.

I can see both points of view.

On the negative side, there’s the fear of an established way of life being altered, as well as increasing demands on local resources.

Sadly, there’s also today the unfair connotations with terrorism, which involves just a mere handful of the tens of millions of first and second generation immigrants that now call developed European countries like the UK home.

On the other hand, there’s the human empathy for someone trying to make a go of his life, as well as historical precedents that point to immigration being good for everyone, both economically and for many of us culturally, too.

But there’s far more that our foreign-born neighbours can teach us than how to cook vegetables.

I’m thinking here of their decision to change their lives, leave things behind and start again.

To dream of making their million.

As Nike says, to Just Do It.

I’m writing this mainly with the Polish in mind, as they’ve been the most visible in London in the past decade or two, and I have made a couple of good Polish friends.

But I’ve seen the same phenomenon on trips to California dozens of times over the years.

Immigrants take the jobs we hate to do

You only have to spend a day in Los Angeles’ better restaurants or hotels to wonder if anyone trying to keep the Mexicans out has a grudge against the city.

Like the Poles in London do up our houses, in L.A. it’s Spanish speakers who keep the city moving.

They pour your coffee, make your bed, serve you breakfast, retrieve your car from the bowels of the hotel, and they’re the only people you see tending to the lawns and gardens of Beverley Hills and West Hollywood as you drive (or more likely sit in traffic) downtown.

“They’ve taken our jobs,” some complain, and while that must be correct on one level, the fact is the jobs were there for the taking.

Like London’s former mayor Ken Livingstone, I can’t recall ever being served in Starbucks in London by a native English speaker, despite the high level of unemployment in the capital.

The UK has a minimum wage policy, remember, so these immigrants aren’t undercutting the locals.

What the baristas and waitresses are doing is more subtle than stealing jobs by working for less.

London has some of the worst pockets of deprivation in the country – just as it did before the latest waves of immigration (500,000 Poles have come to the UK, most to London).

It will continue to do so, unless the native born unemployed decide to learn from those serving their pints instead of moaning about them.

It’s true that the Polish have probably brought down earnings for some, such as those in the building trade.

But I’d argue the result was more building and renovation, which probably helped keep London’s property market going for longer than anyone expected.

What’s more, the smart thing to do as a UK-born builder would have been to hire the Poles, and so reap the benefits.

At the height of the last boom, I remember seeing no fewer than six houses being worked on by Polish teams outside my window! I always heard banging, sawing and drilling.

They never seemed to stop working while they were on the job.

The UK rewards those who want to earn more

Do these Polish newcomers love Britain more than Poland? No, not those I’ve spoken to. (My kitchen and bathroom got the revamp treatment in recent years, and I quizzed the inevitable Polish builders for starters).

The thing they love about our way of life isn’t the BBC, the pubs or even the football, and it certainly isn’t the weather.

They’re not mad on tea, either.

Is it the money?

Yes, of course, but there’s plenty of other rich countries in Europe.

What they like about Britain is their freedom to earn money how they choose; the speed with which they can start a business; the lack of hurdles and hoops to jump through

In short, the oft-derided and taken for granted ‘go getting’ culture that’s particularly seen in London.

The liberal British press has always had a tolerate/hate relationship with capitalism – enough to make the tabloid’s often hostile stance on immigration seem positively Christian.

Yet somehow despite this, the message has filtered through to Poland and Bulgaria and beyond that Britain is a country of opportunity.

Mostly those who’ve taken the plunge and come to the UK don’t say, “We are very lucky to come here and scrounge from you stupid, lazy rich British.”

They say, “You British are very lucky to live here, to be able to make such money.”

They’re on a mission – the kind that happens when you decide to reinvent your life and choose your own path.

People always write about the immigrant’s difficulties – the crowded living conditions, the loneliness, the difficulty of finding good pierogi (clever locals look for opportunities to make money from the Polish market).

But you know what? I reckon many of these immigrants are having the time of their lives.

They came here young, free and single, they’re working hard and they earn more money than back home in a comradely community.

They’re also learning a lesson – that you don’t have to settle for less, that you can change things – that they’ll remember forever.

In short, they’re having an adventure.

I know my life could be more adventurous – it’s too easy to get stuck in a routine.

Why not ask an immigrant.

Previous post: Warning: buying a flat in West London will cost you thousands a year more than renting