Weekend reading: We’ve been waiting for you Mr. Anderson

Over in the world of active investing, there’s a changing of the guard taking place. Or at least there is if you believe one of the leading guardsman.

More on him in a moment. Let’s focus first on the man in the red corner, cruising for a bruising – yesterday’s hero Neil Woodford.

Woodford made his punters richer for decades. But after a rotten run he’s now less popular than a Tory in a European Election.

Nervous savers pulled cash out of Neil Woodford’s flagship fund as it lost £560 million of its value in just four weeks.

Money in the once-feted Equity Income Fund dropped from £4.33 billion in April to £3.77 billion this week, research firm Morningstar said.

The fund looked after £10.2 billion of investors’ cash at its peak in 2017, nearly three times the current amount.

Woodford is a value investor, and those sort of stocks have been on the ropes for a decade.

Is value dead? Even the passive factor-based investors have fretting, although some leading lights have suggested value’s long hibernation is all the more reason to own it.

As one, Wes Gray of Alpha Architect, put it earlier this month:

Don’t get rid of your value because it hasn’t been working, but arguably get more of it – if your goal is to try and beat the S&P 500 over the next 20 years.

Which brings us to the blue corner – where man of the moment James Anderson of the Scottish Mortgage Trust is having none of it.

Heavyweight champion of the world

Anderson is the Woodford of right now. Not in the way he invests, but rather in the way private investors name check him and his fund when you say passive investing is the best way to go for most.

In other words his fund has been winning for many years.

Scottish Mortgage’s Trust’s underlying investments are up about 500% over the past decade. The shares have done even better, registering a 600% gain as a discount has turned to a premium. That’s a staggeringly good run, even after remembering the US tech-heavy Nasdaq index has itself soared more than 300% over the same 10 years.

Now, I could take this quick post in various different directions here. For instance, I could do a bit of a beneath-us sniggering at individuals who don’t understand the hard part in active fund investing is to find the funds that will do well in the next 10 years – as opposed to shining a light on one of the best and best-known performers of the past.

Or maybe to offer a gentle reminder that zero sum games such as active investing can and often do have huge winners – and equally losers – and hence Scottish Mortgage hasn’t somehow broken the case for going passive.

But the trouble is I can’t snicker too loudly… because I’m also a bit of an Anderson fanboy.

No, I don’t currently own shares in his trust. But I do like to read his reports. Say what you like about active investors, they write far more interesting guff than passive funds can muster. (Of course they do, it’s part of the marketing!)

Anderson is particularly readable. He’s got a whole theory about how most listed companies are set to be disrupted into irrelevance by the technological revolution that’s barely gotten started. It’s thought-provoking, and I recommend an occasional peruse however you invest if you’re at all interested in technology and change.

The question though is whether Anderson has really identified a breach in the value-growth continuum – whether it “is different this time” – or if instead he’s just the latest incarnation of a growth investor grown fat and full of hubris before a bust.

It has been an investment commonplace for long decades that growth investing is a chimera. Value investing, especially as articulated by Warren Buffett, has risen to the status of the one true faith. Yet over the last decade growth indices have substantially outperformed their value counterparts.

Moreover this trend has principally been driven by the shares of a cohort of major internet platforms that have defied all predictions of doom based on the strains of growth from an already large base or assumptions of a short competitive advantage period.

What’s going on? According to Anderson, modern technology platforms – from Google to Uber to Microsoft – can now scale efficiently to an almost indestructible size, while venerable companies are being outmoded out of existence.

Value will therefore not come back from the dead because this time many value-style companies are going to be finished off once and for all.

And if that’s true, then Neil Woodford won’t be coming back either.

But if it’s not – if things aren’t really different this time any more than all the last times – then Anderson and Scottish Mortgage Trust may well be terrible places to put capital for the next decade, as finally we see a reversion to the mean, a swan dive for growth, and a value resurgence. (This could happen due to high share price valuations coming down, incidentally, even as the growth companies themselves prosper.)

Of course with a global tracker fund, you own both the growth Goliaths of today and the potential down-and-out value Davids of tomorrow.

Chalk another win for passive investing, and then settle down to watch the fight.

Life expectancy for couples: why it’s surprisingly long and what you should do about it – Monevator

From the archive-ator: Should I put all my money into this ‘can’t lose’ cryptocurrency venture? – Monevator

UK house prices slip in May in a subdued market – BBC 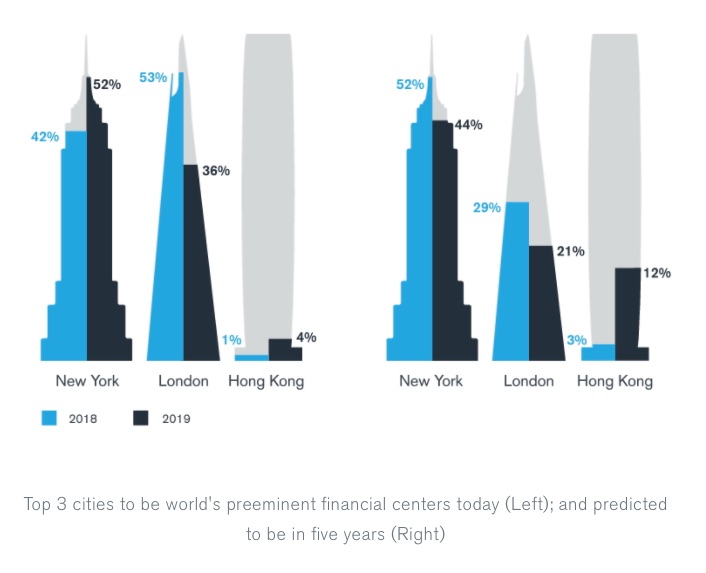 “I replied to a genuine bank tweet and lost £9,200 to a fraudster” – Guardian

Is it worth signing your child up to a digital piggy bank? – ThisIsMoney

Early retirement is a risk. So is working in an office your whole life – MarketWatch

How to become a YouTube millionaire [Search result] – FT

The three phases of an investor’s life – The Reformed Broker

What if you put as much effort into your own finances as you do your job? – The Escape Artist

Making the case for a ‘victory lap retirement’ – Bps and pieces

Holding up a mirror to personal trading behaviour – FireVLondon

Opium-pipers, bluffers and no-dealers impress in this Tory battle of nonentities – Guardian

My Morning Routine: How Successful People Start Every Day Inspired by Benjamin Spall – £1.99 on Kindle

The Personal MBA: A World Class Business Education in a Single Volume by Josh Kaufman – £1.99 on Kindle

Unmarried women without children are the happiest humans – Guardian

The ‘incels’ getting extreme plastic surgery to become ‘chads’ – The Cut

“I like to say, ‘Experience is what you got when you didn’t get what you wanted.'”
– Howard Marks, The Most Important Thing

Previous post: Life expectancy for couples: why it’s surprisingly long and what you should do about it