Weekend reading: Stuck in the middle with you

The lockdown continues, with the predictable result that the global economy has fallen off a cliff in barely a fortnight.

I’ll repeat again – we cannot take many months of this.

I continue to have doubts about how we’re approaching this crisis, whilst conceding most policy makers are striving to do the right thing with incomplete data and faced with horrible choices. It’s easy for pundits with blogs to speculate about alternative approaches. Rather different if you hold people’s lives in your hands.

Anyway, the links below – offering several different perspectives – cover where we’re at.

To be honest, social distancing rather suits me. I know others are finding it very tough going. Extroverts have owned the world for 30 years, and being asked to sit in a quiet room alone is alien. And nearly all of us could do with putting an arm around a friend again.

I thought the Farnham Street blog had a nice take on making the best of things:

What’s important is that you find an activity that lets you move past fear and panic, to reconnect with what gives your life meaning.

When you engage with an activity that gives you pleasure and releases negative emotions, it allows you to rediscover what is important to you.

Wouldn’t that be a wonderful dividend from disaster, even as cash dividends are cancelled?

The markets continue to do their thing. While the plunge was heart-stopping, I don’t think many shares are at bargain basement levels. With rates at zero and only a year’s worth of profits definitely set to be eviscerated, maybe they shouldn’t be? I’m not worried about most of my investments on even a medium-term view, let alone the long-term.1

This weekend will be hard. The sun will be out. Doctors and nurses will again be going into the trenches while most of us hide it out safe behind the lines.

I’m pretty confident in a year we will be talking about defusing capital gains tax and filling our ISAs, just so long as the economy isn’t utterly derailed.

What has changed and what has not – Monevator

From the archive-ator: How talking about money is like French kissing – Monevator 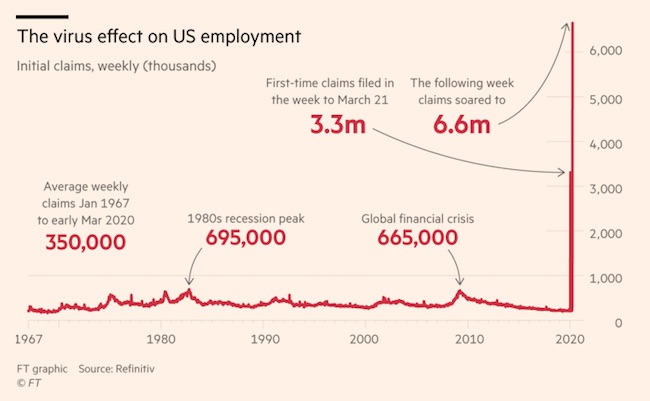 Robo-adviser results: Nutmeg and Wealthify vs Vanguard year 2 – Much More With Less

Recovering from the coma – Investing Caffeine

Was that the bottom? – Of Dollars and Data

This too shall pass – Humble Dollar

Rebalancing Vs taxes Vs expenses Vs life – Retirement Investing Today

Simon Lambert: Why are the airlines making it so difficult to get coronavirus refunds? – ThisIsMoney

They all retired before they hit 40. And then this happened – New York Times

The implausible millennial movement to save, invest, and quit the workplace – Vox

Dabbling with discounts – IT Investor

The limits to lessons from past bear markets – Validea 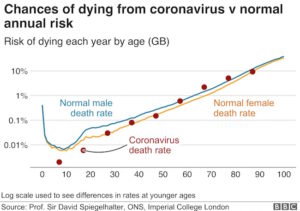 Just how deadly is the virus, really? – BBC

Test and trace with Apple and Google – TechCrunch

With this virus, a majority of ventilated patients are not coming off the machines / are dying – NPR

How NHS Nightingale was built in just nine days – BBC

The cost of compassion: Every life saved sees the US foregoing $1m in economic activity – Mr Money Mustache

Tim Harford: How do we value a statistical life? – FT

…although with that said… in praise of models – The Atlantic

We may be underestimating the COVID-19 death toll – Bloomberg

Will the economy ever get back to normal? – The Reformed Broker

Remote: Office Not Required by David Heinemeier Hansson and Jason Fried – £0.99 on Kindle

Side Hustle: Build a Side Business and Make Extra Money by Chris Guillebeau – £0.99 on Kindle

Elon Musk: How the Billionaire CEO of SpaceX and Tesla is Shaping our Future by Ashlee Vance – £1.99 on Kindle

Why time has slowed – Morgan Housel

The Zoom privacy backlash is only just getting started – WIRED

“Without us, Earth will abide and endure; without her, however, we could not even be.”
– Alan Weisman, The World Without Us

Next post: The Slow and Steady passive portfolio update: Q1 2020

Previous post: What has changed and what has not