The 10-year UK government bond yield has fallen back to barely 1%. Indeed yields are down again everywhere, as Bloomberg reports:

Bond yields around the world are tumbling to multi-year lows as the global shift by central banks to a more accommodative stance has put the kibosh on the oft-predicted but still-unrealized end of the long bull run in government debt.

Among the superlatives hit this week:

A quick way to be called a moron by people who know more than they understand over the past 5-10 years has been to suggest that bonds still have a place in most portfolios. A wealth-destroying crash was “obviously” imminent, you see.

But markets often move in the way that surprises commonplace assumptions, and that’s certainly been true of bonds. 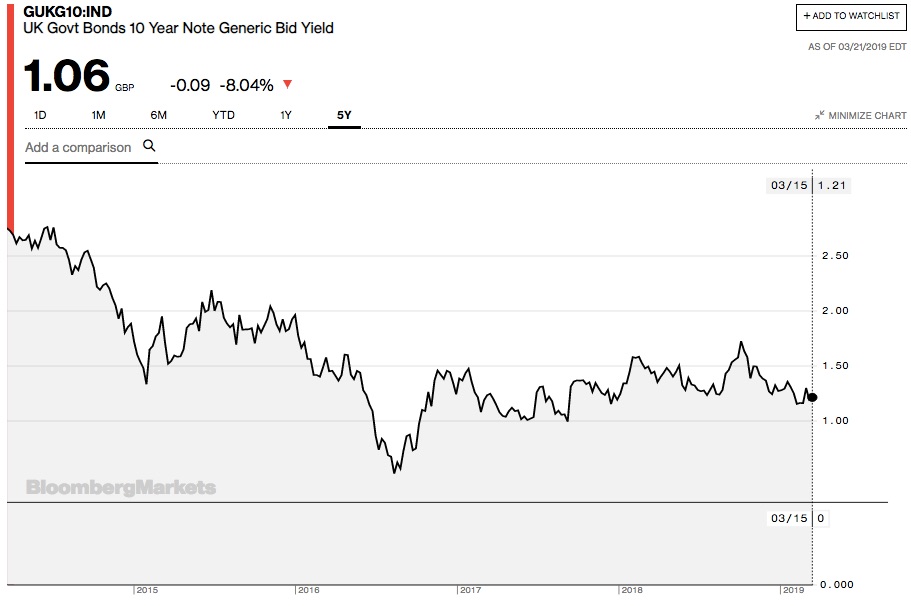 This low yield era almost certainly won’t last forever. However a bit of humility is in order from all of us (including me!) about the timing of any long-lasting reversal.

Of course this is exactly why most people are best off investing passively and getting on with other things in life. (If you want to try to outsmart the unthinkable, there’s always Brexit.)

Have a great weekend! (Hope to see some of you on the march. 🙂 )

Why the 4% rule doesn’t work – Monevator

From the archive-ator: Wealth preservation strategies of the rich – Monevator

Employment growth fastest for women aged 65+, but it’s not always a positive – Guardian 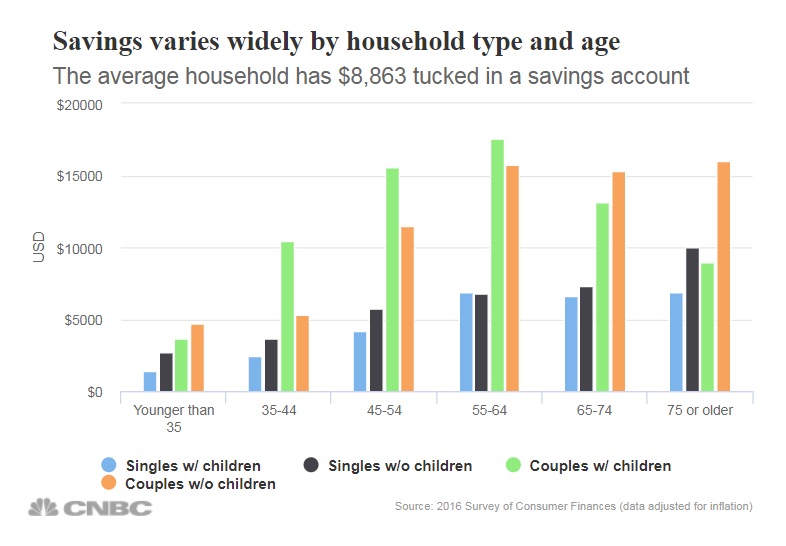 Want kids? It’ll cost you [US but relevant] – The Basis Point [with a h/t to Abnormal Returns]

Persimmon homebuyers can withhold 1.5% of property value until faults are fixed – Guardian

…more on this theme: Clean, green, but will it offer investment returns? [Search result] – FT

We all make mistakes – Of Dollars and Data

Death, taxes, and a few other things that are inevitable – Morgan Housel

Get rich with recycling – The Escape Artist

The trials and tribulations of ISAs, platforms, anti-money laundering – and Brexit! – S.L.I.S.

Your home may be an investment, but don’t expect it to fund your financial goals… – Abnormal Returns

What is ‘fair value’ for an equity, and why is it so misunderstood? – Jason Voss via LinkedIn

“Has anyone learnt? Has former Brexit secretary David Davis worked out that his plan to leave the EU while retaining “the exact same benefits” as staying the single market, was a little ambitious? Or that the Germans actually care more about the integrity of the EU than about selling Brits BMWs? Has Michael Gove finally noticed that we did not after all “hold all the cards” the day after we voted to leave? Has anyone worked out that frictionless trade is quite complicated, and that the dreary Brussels machinery does a good job for us?” – FT [Search result]

If on balance you’d rather not Brexit, sign the petition to revoke Article 50… – UK Government

…and email verification means the e-signatures are genuine – BBC

For Theresa May, “I’m a tin-eared lunatic” seems to be the hardest word – Guardian

When will Brexiters accept they were conned? – Byline Times

How Women Rise: Break the 12 Habits Holding You Back by Sally Helgesen – £0.99 on Kindle

Narconomics: How To Run a Drug Cartel by Tom Wainwright – £1.99 on Kindle

Winners and How They Succeed by Alistair Campbell – £1.99 on Kindle

Instagram is the Internet’s new home for hate – The Atlantic

Next post: Apple Card, fintech, and the future of good money habits