My views on Brexit – which are personal and as partisan as yours, so feel free to skip them all – plus the week’s good reads.

Two years after that Referendum result, and according to a survey by the Share Centre, 5% of its customers who voted Remain would now vote Leave.

That is more than double the percentage surveyed who voted Leave but would now switch to Remain. This, despite the whole shebang continuing to be basically the laughing stock of the world (when it’s not showing shades of something much more sinister, such as a anti-democratic power grab disguised as re-enfranchisement).

Still, perhaps that’s not surprising. The Brexit debate has been great for most Briton’s portfolios – I pretty much bought my flat on the back of it – mainly due to the fall in the pound.

International holdings soared in the immediate aftermath of the result, and UK markets soon followed since the big UK listed companies earn the lion’s share of their income overseas.

Most people seemed surprised by this at the time but it was very predictable. Unfortunately (on many levels) I can’t haughtily point you to a Monevator article I wrote before the Referendum pointing that out, as I maintained a no-Brexit discussion policy before the vote.

(It’s truly a shame, because in a convoluted way I lost a friend arguing about the pound in a Brexit scenario in the week before the vote. This isn’t the place to go into why or how it came to that – or what an injustice it is to now be estranged, given that I was urging him not to short the market ahead of the Leave win that he very unusually foresaw – but it’d be nice to at least have a post here as consolation. He may still read the site. Hello S., if so!)

The truth is I believed not bothering to get bogged down in what were already toxic Brexit debates ahead of the vote would be best for this site overall, not least because I thought we’d stay in.

I did think the result would be closer than many of my London friends believed, mainly due to differences in our upbringing I suspect.

However I never really believed a majority of the population would support the asinine case to leave. So I judged it would blow over and we could all stay friends.

Of course that didn’t happen. The country voted Leave, and like most of my ilk I put my head in my hands. I ranted a bit, like everyone, and lost a big chunk of readers who were also Leave voters when we all took sides. In fact, I recently found myself being described on another forum on the Internet as having had a “breakdown” in my first Brexit responses in the weeks that followed, which was an interesting experience.

(Now I know how it feels to be a public figure like Kim Kardashian! Well, perhaps a bit.)

Maybe I did have a bit of a wobbly moment there. However the past two years has only reinforced my feeling that the entire thing is an enormous undertaking – and a colossal waste of time for all but constitutional sticklers – that from an economic perspective could only have negative results1, and that reality was either not understood or willfully ignored by a good cohort of its supporters.

True, the economy has only slowed, not tanked. But otherwise Brexit has dragged on because everyone wants a different Brexit, and any Brexit is a logistical nightmare, let alone one that doesn’t send us into an immediate multi-year recession. (i.e. No deal, hard Brexit, and we’d have been out by now after an immediate triggering of Article 50).

Some of those who don’t read Monevator anymore said in the days after the vote “Get over it, the vote has happened, we need to move on.” I shuddered, because again I saw that they didn’t realize what they’d voted for. Two years on and Brexit is still item one or two on every news broadcast. It will be that way for years more to come.

I’m late to go to one of the restaurants that hasn’t yet been squeezed out of business by the first effects of Brexit, so no time to spell check or sense check this post.

I wanted it to be a bit more diplomatic, but probably there’s still too much snark in it if you did vote Leave. Perhaps that can’t be helped, and I’d feel the same if I read a similar post on your own blog.

At a time when the global temperature is rising, bees are dying, the leader of the Western World has gone rogue, the robots are coming for our (current) jobs, people are 10 years away from fighting land wars for water, and the only people who’ve really got rich from the past 10 years are the richest, I still feel the whole thing is a massive distraction that will solve nothing that really matters.

But fair enough, your mileage may vary.

Note: Some links are Google search results – in PC/desktop view these enable you to click through to read the piece without being a paid subscriber.2 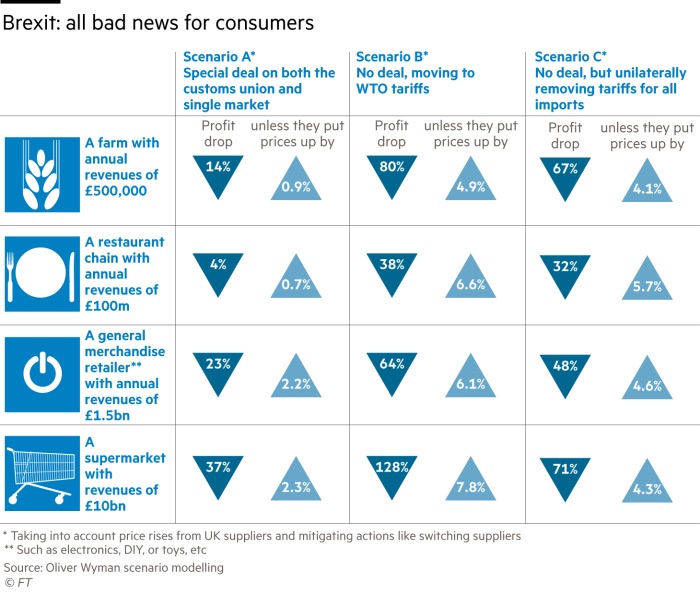 How to unlock cash from your property in retirement – ThisIsMoney

How to avoid the pitfalls when buying a home abroad – ThisIsMoney

Property peer-to-peer lending — is it ever a good idea? [Search result] – FT

The original ‘flash crash’ [Liquidity fears did not arrive with ETFs…] – A.W.O.C.S.

Not every millennial wants to own their own home – Guardian

Reasons not to invest in the FTSE 100 – The FIREStarter

RIT has put his notice in [Congratulations!] – Retirement Investing Today

How long can US stocks beat bonds by such a wide margin? – The Capital Spectator

Inferring the statistics of Buffett’s alpha – Flirting with models

Rivers of London by Ben Aaronovitch – £0.99 on Kindle

Smarter, not harder: How to succeed in work… – Farnham Street

…alternatively: Why you should slack off at work to get some work done – Wired

London is the AI capital of Europe [Puffy PDF, but interesting] – London Mayor/CognitionX

Apple sees its future in augmented reality glasses, not iPhone – Above Avalon

“Far too many people think that they have an edge, and far too few people have an incentive to tell them otherwise.”
– Lars Kroijer, Investing Demystified

Next post: Weekend reading: Does the passive label put people off index funds?