There are many ways to be an investor 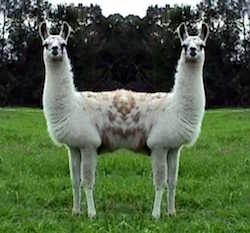 I have fielded a few comments and emails recently accusing Monevator of inconsistency.

Actually “accused” is too strong a word to ascribe to our well-mannered audience.

And I can see where they are coming from.

There are many publications and investing experts who talk in absolutes about investing. What you must do because such and such will happen and that guarantees some particular result.

Long-time readers will know I put little stock by such expressions of certainty.

Yet even among our own tight cadre of contributors, there are clear differences in thinking and even a few red lines where strong opinions get stated as something close to truth.

For instance readers have asked why we have run articles extolling using investment trusts for income when the bulk of this site warns you off managed funds like they were radioactive.

Or why we discussed the higher returns you might enjoy from investing in small cap or value shares, only to then warn that chasing these so-called return premiums may not be worth the bother – or that they could even be irrational investments.

Or why we explain how to create multiple ETF portfolios in one article, only to talk up using just a single global tracker fund in another.

Especially as I then write an article saying you shouldn’t put all your money into one of anything, be it a fund, a bank account, a gold bar, or a hole cut into your mattress.

You say tomato, I say portfolio

The answer is there are many ways to be an investor – and a successful one too on your own terms.

And Monevator’s contributors are all longstanding investors who have learned what works for them – and what chimes with their personalities.

That latter point is important.

For people in the real-world, investing isn’t just about theoretically deciding on the optimal mix of assets to deliver the highest returns over the next year, or even the next decade.

It’s about discovering what frame of mind is right for you when it comes to investing – and devising the best process to match or compensate for your mental and emotional strengths and weaknesses, as well as your particular goals and means.

Now that certainly doesn’t mean just doing what your gut tells you to do.

Perhaps in your everyday life you’re a freewheeling risk taker whose ideal holiday involves bungee jumping and shark diving – but you’ve read all the evidence and decided passive investing makes the most logical sense to you.

Accordingly, you might set up an automatic investing routine to lock your money away in a pension for 30 years, and perhaps even into a Vanguard LifeStrategy fund to take all the rebalancing decisions out of your hands to boot.

In this case it’s the opposite of how you drive your car, run your love life, or even choose your poisonous pet scorpion – but it’s a decision you made in the cold light of day that you believe will leave you best off over the decades. So you act to make it happen.

In other words, knowing your temperament and its potential downsides, you build a strategy around it.

When I started socking money into the stock market I was a pretty textbook believer in passive investing into index funds.

I still am – in theory – but how have I sinned!

Or another thing we see quite often at the moment is a commentator on the site chiding another reader or an article for highlighting the ongoing point of bonds in a portfolio.

The bond-hater can’t stand the thought of buying or owning an expensive asset that seems likely to deliver very mediocre returns over the next 5-10 years.

But the investor who decides to put say 40% of her assets into bonds and cash regardless can’t stand the thought of an equity crash that might halve her net worth in a matter of months.

Neither is right or wrong. They just want different things.

You can go your own way

Undoubtedly the confusion factor is increased by the decision I made long ago to feature multiple voices on this site.

But in the light of my comments above, you can understand why I do it.

I believe we’re all best off understanding there are many roads to Rome, even if the one we take looks to our eyes like a glassy-surfaced superhighway compared to the potholed backstreets that others bump along.

That isn’t to say there aren’t truths in investing, or that returns are subjective.

Most people investing in hard-charging active funds will do worse than the average passive investor, for example.

It’s mathematically incontrovertible, and the historical evidence tells us the same story.

Yet some few will do better than average, and some of those who did worse could never have stomached index trackers anyway. Better they invested in active funds than sat in cash for 30 years – or worse didn’t save or invest at all.

When people turn up on Monevator in the comments writing “Of course you should only buy active funds, it’s easy to pick winners, I’ve done really well and passive investing is for losers” then they’re liable to meet a robust response.

Indeed when I’ve had spats with readers over the years, talking in absolutes has almost always been the reason why.

But if an active fund investor says: “Personally I decided to go for it and whether by luck, judgement – or likely both – I’ve done better than the odds would suggest” then I applaud their candor, their results, and their humility.

The voices of reasons

I guess I give them extra leeway as they’re working behind the bar.

One of The Accumulator’s strengths is he has never forgotten how bewildered he was when he first started investing. To that end, he believes that too many caveats and prevarication can hurt new investors as much as they appease old worrywarts like me.

This does bring us into occasional conflict when he writes “It is better” rather than “I believe it is better”. And for his part he chafes when I pull editorial rank and insert “mights” and “maybes” into his copy.

He even took fellow contributor Lars Kroijer to task the other day. I see this as a strength of our site, not a weakness.

If that run-through of fanciful monikers sounds to you like a nerdy version of the X-Men, then perhaps you’re reading via an email subscription.

Monevator readers who don’t visit the site don’t always realize there are multiple writers here, albeit with myself and T.A. doing by far the bulk of the heavy lifting. That’s perhaps another reason for the recent confusion.

In any event, don’t expect this to change.

As my personal investing style indicates, I am pretty broad-minded about what can work investing (note: that’s not the same as what is most likely to work).

Moreover I believe hearing different (sensible) points of view is more beneficial to you guys – and to me, for that matter – even if it ultimately just reinforces our own contrary convictions.

Until I manage to get Warren Buffett signed up as a contributor (The Wallet, perhaps?) I don’t think any of us has earned the right to preach the one true path of investing, whether we happen to be writing articles or are readers responding to them in the comments.

“To learn which questions are unanswerable, and not to answer them: this skill is most needful in times of stress and darkness.”
― Ursula K. Le Guin, The Left Hand Of Darkness

The very best of luck in finding what works for you.