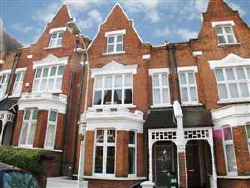 Important update: The entire stamp duty system was overhauled in December 2014, so please read my explanation of the new stamp duty on UK property rules.

This means the bands are now as follows:

Note that unlike income tax the rate applies to the whole amount you’re paying for the house.

What is stamp duty?

Stamp duty is a tax you pay to the UK Government when you buy a house.

In 2003 it was given the official name Stamp Duty Land Tax to distinguish it from the different tax you pay when you buy shares (which was renamed Stamp Duty Reserve Tax).

The different rates are payable depending on the purchase price of the property (as opposed to say the size of your mortgage you use to buy it with).

From time to time special rates are brought in to secure votes encourage redevelopment in disadvantaged areas or zero carbon home building. The current rates are available on HMRC’s website.

In my view stamp duty is a cash crop for the Government. It has increased the rates of stamp duty several times since coming to power in 1997.

It has also raised more revenue from the tax every year by not redrawing the bands to compensate for price inflation. (This is known as fiscal drag, jargon fans!) Far more people pay the tax now than a decade ago, as a result of rising house prices.

Note that the new £1 million-plus category, which covers quite a swathe of family homes in London, will be permanent, whereas the special tax-free rate for first -time buyers spending up to £250,000 expires in two years.

The tax also adds friction to the home buying process, by making moving house much more expensive, and it doesn’t do much to restrain prices. All it really does is distorts asking prices around the different band divisions.

For instance, it’s pretty much impossible to sell a house for £255,000, because buyers will not want to pay three times as much stamp duty by being pushed into the 3% bracket.

Finally, some sophisticated buyers have employed various tricks such as paying separately for ‘fixtures and fittings‘ to stay below a band limit, or by using an Islamic mortgage to avoid paying the tax, but the Revenue may take a dim view of such methods.

Tread carefully and do your own research. Remember, tax avoidance is legal but tax evasion is not!