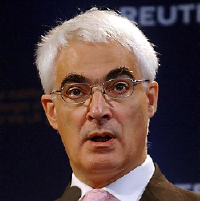 Breaking news from the UK budget – Chancellor Darling (right) has just announced that annual ISA allowances will increase with inflation in future years.

The ISA contribution allowance goes up to £10,200 from April 6th. In future years it will go up by inflation.

I’ll update this page with more detail when it’s released.

Whether we’ll see this legislation may depend on the results of the General Election, of course, but I doubt the Conservatives would rescind it.