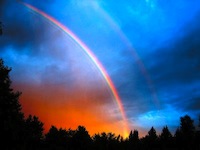 Thanks to the currently high rate of inflation, the 2012 ISA allowance has been increased quite a bit above last year’s level.

Note: The ISA allowance is the amount of new money you can put into an ISA over the year. If you already have ISAs with funds in them from previous years, that money doesn’t count towards the new annual ISA limit. Only new money does. This way you’re allowed to build up an ever-bigger ISA pot over time.

The total you can put into a stocks and shares ISA is £11,280 minus whatever you will put into a cash ISA that year.

On the other hand, if you don’t put any money into a cash ISA, then you have the full 2012 ISA allowance free for shielding more of your equities and bonds from tax by moving them into an ISA1.

How to use your ISA allowance

Only higher-rate taxpayers pay tax on share dividends, whereas income from cash, corporate bonds and gilts is taxed for lower rate and higher rate taxpayers alike.

This means most lower-rate tax payers owning bonds should put them in an ISA first, and then put dividend paying equities in after that if they have any spare ISA allowance leftover.

Higher rate taxpayers should put whatever they can into an ISA. You might put your highest yielding shares or bonds into an ISA first, to protect the income they pay from tax. (The effective tax rate on share dividends is lower than on bond income, though, so do your maths).

Even if you’re a lower rate taxpayer and you own no bonds, I’d still put your shares (whether directly owned shares or shares held in an index fund or similar) inside an ISA wherever you can.

This is to avoid you building up a capital gains tax time bomb, which can really take the shine off selling your shares for a profit in a few years time!

What’s more, you might become a higher rate taxpayer in the future.

At the same time, the then-chancellor Alistair Darling also announced the annual ISA allowance would go up every year by the RPI inflation rate in September of the prior year, rounded to the nearest £120.

However no government seems to like allowing us to pay less tax, especially in times of austerity. Accordingly, the current chancellor George Osborne is only raising the 2012 ISA limit by the CPI inflation rate, which is typically lower than the RPI inflation measure.

At least the rounding procedure has worked in our favour.

Monthly savings into an ISA

Rounding to the nearest £120 is designed to make it easier for us to set up monthly savings.

Dividing the 2012 ISA allowance by 12 months gives us a saving target of £940 a month, which is quite a substantial amount for most people to save from their earnings.

One way to use it up is to sell any non-ISA-d investments that you’ve got that can be moved into an ISA. (I’ve been doing this for years, having foolishly not bothered with ISAs (or their predecessors, PEPs) in my early years of saving).

If you’re thinking of funding your 2012 ISA allowance with share sales, then read my article about defusing capital gains tax on shares for some pointers on how best to sell.

Next post: There’s more choice with ETFs than index funds

Previous post: Should tracking error sway the choice between ETFs and index funds?