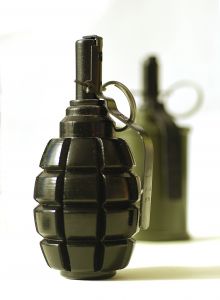 With income taxes rising and pension reliefs being curbed for those on six-figure salaries, the UK’s high-earners are looking again at Venture Capital Trusts (VCTs).

Just this weekend there was this article on VCTs in The Sunday Times, and another in the Financial Times.

I won’t go exhaustively into the case for VCTs. If you’re not familiar with Venture Capital Trusts then please pop off and read those articles.

Back? Great – you now know the main points:

In this article, I’ll focus instead on some of the risks of VCT investing that I think are often underplayed in these articles.

A few lines saying ‘VCTs can be risky’ doesn’t really get it across.

A quick detour into my VCT portfolio

I write as someone who has about 8% of my net worth in VCTs. I’ve got several generalist funds, an AIM fund, and money in the Ventus windfarms.

Why, you might reasonably ask? I’m not a high roller, income wise, and I’m about half the age of the typical investor in VCTs!

Well, back in the mid-Noughties I had a larger than normal income for a couple of years, and I was also more cynical than usual about how my tax money was being spent. I decided to take matters into my own hands, and to redirect some of my money from Government spending into generating productive industry via VCTs instead.

Income tax relief back then was 40%, and you only had to hold them for three years. These terms lasted for a couple of years, and made VCTs much more attractive.

I also reasoned that the recent history of VCTs looked worse than it would be for the new funds because of all those that had launched around the collapse of the technology bubble that were skewing the stats.

Given that the stock market as a whole had just fallen by 50% in a couple of years  between 2000 and 2003, VCTs as a class didn’t seem to me then massively more risky than an index fund, since you got 40% of your money back immediately.

Note: Individual VCTs have been far more risky than index funds. Some have traded at less than 20% of their original value! As well as judicious selection, I’d suggest you need to spread your money around at least 5-6 trusts to reduce this risk.

I didn’t expect much more than a neutral return from my VCT portfolio. In reality I’ve done better.

My current holdings are worth more than I invested, after taking the 40% tax relief into account, and that’s even after I’ve managed to liquidate around 10% in the last year to reinvest into the FTSE. I’ve had at least 10-15% back as dividends, too, and my trusts are now maturing towards delivering 4-8% in annual tax-free yields.

Back of a napkin maths suggests I’ve done better than I would have with an index tracker and no tax relief, but I haven’t worked out the exact figures. (For starters I reinvested my 40% tax relief and dividends back into the wider market, which has grown, rather than back into VCTs).

I’m satisfied with this performance. If I’d picked different trusts my experience could have been a lot worse, or mildly better.

The risks of Venture Capital Trusts

My point is that unlike many journalists who may look at Venture Capital Trusts once in their writing career and have never bought or sold them, I’ve vaguely followed the sector for a while and also have skin in the game.

Here’s my take on the risks of Venture Capital Trusts that you should be aware of if you’re considering an investment.

As already mentioned, the bad VCTs have been awful. Look again at the VCT performance table from the analysts at Allenbridge. Scroll down to the VCTs that have been merged or renamed to hide the damage.

There’s some serious wealth destruction there that at worst could have left you with less than 20p in the pound. You’d have more fun setting fire to £50 notes.

See this table of current VCT launches from discount broker BestInvest. This particular broker will refund most of your initial fees on investing in new issues, whereas you could pay up to 5% if you invest directly with the manager (so don’t!)

A discount broker can’t however refund the typical 3.5% Total Expense Ratio (TER) that the VCT manager will dock from the fund every year. That’s a huge hurdle for any asset to overcome, year in, year out.

Investors in new or top-up VCTs are told that if they later sell their shares at a profit sufficient to trigger capital gains tax, they don’t have to pay it. Which is true, but as far as I’m aware there’s just one lonely Venture Capital Trust trading above its issue price so it’s rather academic.

(With VCT shares bought in the secondary market at a big discount you might eventually see a tax-free gain. You don’t get initial tax relief when you buy secondhand, however).

When they warn VCTs are illiquid, they’re not kidding. Compared to say a bog-standard annuity – which usually can’t be transferred at all, and dies with you – a VCT is liquid. But compared to standard shares or even your typical small cap share, they are hugely illiquid.

You can sell your VCT shares, but don’t plan on getting within 15% of the Net Asset Value and count yourself lucky with 10%,  even from a trust that’s buying back its own shares from you.

I’ve moved a popular VCT’s price lower by selling just £1,000 of its shares, sufficent to breach my limit order and to keep the price down for a month!

Experience tells me VCTs are best bought to hold for long-term dividends, or else you need to buy one of the ‘protected’ VCTs with explicit plans to return all money within six years. Don’t buy planning to sell.

You might expect the Rolls-Royce of managers considering the fees you’re paying, but those fees are partly a consquence of the mathematics of running small funds. In reality, many managers and/or directors are mediocre and arguably overpaid.

Admittedly investing venture capital into unlisted companies is more work for a VCT fund manager compared to one who is simply buying listed shares – but you might hope for some outperformance for that reason, too, and there’s little sign of it.

There’s also been plenty of management turnover, with funds merging or being renamed or moved to new managers. Some of this may be desirable, but it’s hard to follow, let alone plan for.

The big generalist funds – those from Baronsmead, Northern, and Foresight – are more stable. While nothing is guaranteed, they’re probably a more solid bet for most investors who want to dabble in VCTs.

I think this is an elephant in the VCT jungle. Articles about venture capital trusts often start by talking about the glamorous image of Californian VCs that backed Apple or Microsoft and made investors a fortune.

This is not the kind of investing British investors are being offered with VCTs.

To return to the Allenbridge table, you’ll see it’s standard for VCTs to have NAVs well under their issue price. This isn’t a consequence of the bear market – it was similar before.

The reason is that VCTs pay out most of any gains they make as dividends. Such success shows up in the total return, which includes dividends, but the NAV isn’t going to grow much – or worse it could be (and often is) whittled away over the years.

Do the risks of venture capital trusts outweight the benefits?

The vast majority of the population – even more financially sophisticated Monevator readers – have no need to go into VCTs.

I’d say use ISAs and even self-invested personal pensions (SIPPs) instead.

That counts for me, too. I don’t regret investing in VCTs, but I think I was fortunate with my selections, and the old 40% tax relief was more attractive. (Income tax relief is cash that’s returned straight back to you that you can put to work elsewhere – incredibly valuable given the time value of money).

With VCTs today offering lower 30% relief and the mainstream stock market still looking at least fair value – plus different personal circumstances – I’m not investing in any new or top-up VCT issues this year.

I wouldn’t rule out picking up shares in a cheap secondhand VCT, though I’ve watched the prices climb for a year without doing so. The advantage here is the VCT portfolio is already delivering that tax free income, and you have a track record to look at, too. (In 2009 some old, listed VCTs were offering a tax-free yield of 10% or more).

Of course, I’m not earning a six-figure salary and I’m not under the cosh from tax rises. I can easily appreciate why somebody seeing 50% tax on the fat end of £150,000 might decide to try their luck with VCTs instead.

If that’s you, then at least I hope this article has helped you appreciate more of the risks of VCT investment, so you go in with your eyes open.

Next post: ISA limits to increase annually with inflation: Budget 2010