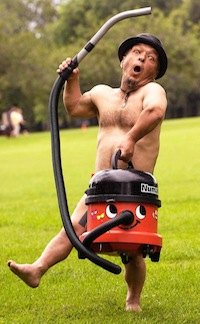 When Germany decided to ban the naked short selling of European government bonds, credit default swaps and the top ten German financial institutions in response to the escalating Eurozone crisis, it was following a long tradition of indignant bureaucrats.

Regulators love to blame short sellers for exacerbating market turmoil, if not for downright causing it.

Most politicians are technocrats. They truly believe that clocking up 2.5% GDP plus inflation – year in, year out – is a credible aim for a market. Why all this Sturm und Drang? No more boom and bust!

By definition, politicians also like to score political points – such points are free, and the voters love them. Down, evil short-sellers, down!

Still, Germany’s ban on naked short selling is hardly outrageous if you consider that the U.S. introduced such controls in the banking crisis in 2008, and never rescinded them.

Why should Europe alone face the locust hordes?

Yet just as Lehman Brothers’ collapse wasn’t caused by short sellers (they might have finished it off, like hyenas tearing apart a sick animal) so the gyrations in European securities haven’t arisen in a vacuum.

Weaker European countries have borrowed too much, and lived high on the hog for too long. Germany has been too stingy. Something had to give.

That said, one can understand the politicians’ frustration. I heard last week that French banks, having just been underwritten by the enormous Euro-aid package, were among the first to begin shorting the Euro in response!

I guess asking traders not to take profitable trades would be like asking a baker not to bake after you’ve paid him insurance for burning down his bakery.

If you’re going to ban short selling, then it’s certainly the naked form that’s the most dubious.

Short selling means borrowing a stock or other security from someone, selling it, and hopefully buying it back more cheaply later. Like this, you turn a profit from the price difference (after paying interest to whoever you borrowed the stock from). But if the stock’s price rises after you sell it, you lose money.

Naked short selling differs in that you never actually borrow – or even arrange or intend to borrow – the security you sell short. In theory, this could mean that it’s possible to drive down the price of a security beyond the normal relationship of supply and demand for the underlying asset. That said, someone is still taking a real money risk in wagering the price will fall, so in that sense it still represents real price information in the market.

There’s much dispute amongst market watchers as to whether naked short selling can unduly disrupt markets, or even whether it can be effectively banned. I don’t profess to have a clue, let alone an expert opinion.

What’s clear though is in the short-term, actions such as banning naked short selling by the authorities can ironically stoke more fear, rather than calm the markets.

A traders’ immediate reaction to any sudden change will always be: “What don’t I know now, and what’s being hidden from me?”

And that’s not a recipe for a stable market.

Okay, about that picture above… He’s a naked short seller who is going to clean up. Geddit? Sorry!

Previous post: What first attracted me to the 9%-yielding Natwest preference shares