Five things to remember after the FTSE’s latest fall 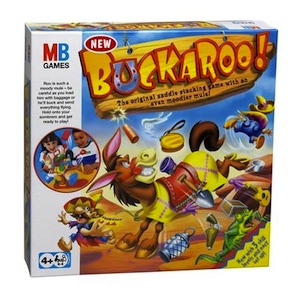 Thursday’s 4.7% fall in the FTSE 100 is the largest one day loss since the collapse of Lehman Brothers. I don’t have the record books to hand, but I’d guess it would be a top 20 Top of The Drops contender.

Ouch! Still, you don’t expect me to write that the sky is falling, and I’m not about to do so. The sky certainly isn’t blue and sunny – but it will still be there tomorrow.

I’m conscious I always seem to write positively about the stock market, which might seem at worse insincere, and at best useless. Remember though my view that most investors in equities should have a long-term horizon (10 years or so) and that they should be properly diversified.

Furthermore, valuation is everything when it comes to risk in the market, not news headlines. Headlines can surely move markets, but they’re unpredictable. Over-priced shares will always get you in the end.

I’m in this for the long-term – investing, and this website. I fully expect to one day write here that I’m concerned shares have gotten too dear, and that I’m putting more money into bonds or cash.

But I don’t expect it to happen with less than five figures on the FTSE 100. I’m still very bullish on shares on a ten year view.

Here’s five more thing to keep in mind after the FTSE 100’s falls:

Over the long-term it might be bad if shares stayed depressed for years. Companies could find it hard to raise money, some investments would turn sour, and the appetite of individuals to invest for the future would be stultified.

Generally though, big share price rises and falls are innocuous. Compare a big swing in the FTSE 100 to the price of petrol soaring 20% at the pump, or house prices falling 20%, or salaries dropping 10%, or an inflation rate of 10%.

Those are numbers that matter much more, day-to-day.

I’m as skeptical about the political system as the next cynic, but the fact is politicians don’t exist to serve the market’s whims.

European politicians will eventually bungle through a solution for their troubled periphery, because the money is there to do so, and because failure would be far more costly. But they’ll do it via their usual protracted banter over the bouillabaisse.

Bond markets – and especially credit markets – are different. A breakdown in inter-bank lending, for instance, is definitely something politicians must help sort out. And this latest economic wobble has come with a dash of that thrown in.

3. You should be focused on income

Most investors are best off targeting income not capital gains. Yes, I understand that one can sell a rising share price to harvest some gains, or that taxes may sometimes favor investing for rising prices over a regular yield. And long term total return is theoretically the only metric to judge an investment’s success by.

However most investors are far more scared of capital fluctuation than they let on, and most of them actually desire an income, too – usually in retirement, but sometimes as a second stream to spend on the good things in life.

And I doubt a single income investment trust has yet cut its dividend outlook as a result of these recent stock market gyrations. Trusts like City of London and Caledonia have raised their dividends every year for more than 40 years, through wars, strikes, recessions, and political scandals.

4. Most of us should welcome cheaper shares

Just because I say it all the time doesn’t mean it’s not true. Anyone investing for the future benefits from low prices today.

If you’re a young investor in your 20s and 30s, a fall in the FTSE 100 index back to 4,000 would be like your birthday and Christmas rolled into one.

Even if share prices don’t eventually rise far above their old highs (and I’m 99.9% sure they will, sooner or later) you can buy a lot more income when prices are low due to the relationship between price and dividend yield.

Make sure you’re diversified – a tracker is the best start for most of us – then sit back and reinvest the income into a falling market.

5. The time to act was yesterday

This is true of politicians, who should have been trimming budgets and paying off deficits in the last boom, rather than increasing spending like they did. Now we need the spending, we risk instead being caught in Keynes’ Paradox of Thrift, as everyone catches the frugality bug at exactly the wrong time.

It’s also true of European technocrats, who should have listened to all of us who derided the Euro as an accident waiting to happen before wheels came off.

It’s true of Central Banks and regulators. I know how rare I was warning against the global property bubble (the tail end of which you can catch among the first posts on this blog) because all my friends were buying houses and calling me an idiot. The boom was the time to dampen down credit supply and to regulate the banks, not now when we desperately need them to lend.

Finally, it’s true of us as investors. You should get your asset allocation right in calm times, not panic and wonder whether you should abandon equity investing during a slump. If you’re going to be retired in 15 years and know you’ll need an income, start thinking about the shift as you age, not six months before you get a gold clock and a P45.

Whatever your plan – even if it’s to hold no shares when you think the market is overvalued by some measure such as PE10 (though I wouldn’t recommend it) – you should be figuring out the details on a sunny Autumn day with a glass of Chablis, not when the news pundits are going bonkers.

Which brings me to…

6. Nobody knows, and nothing is certain

I said I had five reminders, and here’s a sixth. What d’ya know!

All those sage voices on the television telling you what the markets will do next haven’t got the foggiest, either. Nobody knows what will happen in the short-term.

I’d also argue nobody knows much about the long-term. To give just one example, even a few years ago the idea that China and India and Brazil could keep the global economy afloat wouldn’t have been ridiculous – it would probably not have been mentioned!

Equally, nationalised UK banks and Apple being the sometime largest company in the world weren’t on anybody’s radar a decade ago.

Do a little reading about the history of the stock market, and you’ll find pages – no, chapters, in fact entire books – that are nearly 100% wrong about what will happen next in economies and the markets!

Their authors weren’t incompetent, just over-confident. They forgot that nobody knows.

Stay safe. Stick to your long-term plan, seek diversification, keep an eye on valuations, save a lot more than you earn, and avoid excessive fees and costs.

Don’t let anyone be more responsible for your financial future than you. It’s not a guarantee that the market will go up next week, but it’s your best bet for being a lot better off in 20 years time.

Next post: Weekend reading: Petition to end the ban on AIM shares in ISAs

Previous post: Financial goals: Sticking to the plan when the funk comes to visit