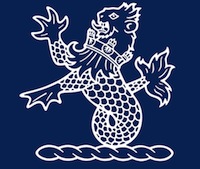 Important: What follows is not a recommendation to buy or sell shares in Caledonia Investments. I am just a private investor, storing and sharing my notes. Read my disclaimer.

I have a soft spot for family vehicles like Caledonia Investments. I’m reassured to think that crusty old Barons and Earls are keeping a gimlet eye on the same investment that I’m in.

These trusts also appeal to me because:

Like anything on the stock market, investment trusts can attract their fair share of flighty managers and corporate conquistadors — or sometimes they simply bungle badly. With a wealthy family trust, I’m more confident that I can wait out misadventures knowing that seriously rich people are batting for the same cause as me – but with rather bigger bats!

For all these reasons and one more, I’ve made a substantial investment over the past few months in Caledonia Investments.

The extra kicker is that as I write, this investment trust stands at a discount of nearly 20% to its Net Asset Value (NAV). I consider this discount very likely to narrow over the medium term.

Wiping out the discount so that the shares traded at the estimated value of their underlying assets as of today, I’d see a 31% uplift to my shareholding’s value, even if Caledonia’s own investments did not to rise in value at all!

In reality, however, I expect Caledonia’s assets to at least keep track with the UK stock market; the trust has beaten the FTSE All-Share index in all but one year out of the past ten.

On a total return basis, Caledonia outperformed the same index by 113.5% over ten years, as of 31 March this year — a superb result! No lost decade for investors in Caledonia.

Past performance doesn’t guarantee anything, but I believe the combination of what I consider an unwarranted large discount, the strong family interest, and a track record of good asset allocation is a recipe for decent returns from here.

A potted history of Caledonia

Caledonia arose from the wealth of the Cayzer family, which made a mint or two from steamships in the 19th Century.

The Cayzers bought the wonderfully named Foreign Railways Investment Trust in 1951 as a holding vehicle for their family wealth, though they showed rather less sentimentality than me when they renamed it Caledonia Investments Ltd.

In 1955, Caledonia then gobbled up the Cayzer family’s interest in the British and Commonwealth Shipping Company, and the resultant entity was floated on the London Stock Exchange in 1960.

Caledonia subsequently divested itself of the British and Commonwealth holding in 1987, and became more like the opportunity-seeking investment vehicle it is today.

It was restructured as a formal investment trust in 2003.

Now, there are some investors who would say this convoluted history justifies a discount on the trust, especially when added to the ongoing involvement of the Cayzer family, who have their own colourful back stories.

But as I’ve said above I’m in the opposite camp, in that I like the family factor.

I’d also note that the share has sometimes traded at a slight premium to net assets in the past, so clearly the Cayzer family effect alone can’t explain the discount:

Caledonia has traded above net assets, though not in the past few torrid years for equities.

It has to be admitted though that Caledonia’s family owners have been a fiery lot over the years: More 1980s Dynasty than 19th Century dynasty.

The turn of the 20th century was marked by a big bust-up, which this article from The Telegraph from 2004 captures:

One of the City’s most bitter family feuds moved towards peace yesterday when Caledonia Investments announced a special dividend costing at least £64m to buy out dissident members of the Cayzer shipping dynasty.

The scheme has been devised to end three years of feuding in the family, which owns 37.5pc of Caledonia via the Cayzer Trust Company and 12pc through individual family members.

Rebels led by Sir James Cayzer, the 72-year-old patriarch who gives his address as Kinpurnie Castle, in Angus, and has a fleet of Rolls-Royces but no driving licence, have campaigned for Caledonia to be broken up and its assets distributed.

Rows and power struggles have turned on matters ranging from a controversial investment in a boat by the trust for the millennium celebrations to Dotcom-era underperformance.

And while those fractious days would seem to be behind it, various offshoots of the Cayzer family still own 46% of the trust’s shares. What’s more, last year Will Wyatt, the distant grandson of clan founder Charles Cayzer, took over as CEO, returning the trust to direct family control.

For some this sort of thing – and the potential for another flare-up — is untenable.

For me it’s all part of the fun of investing in family houses. But if it doesn’t float your steamboat, then you should certainly look elsewhere; the Cayzer involvement is surely here to stay.

The family holding presents a more concrete concern, however, even for us spreadsheet-wielding romantics.

An undertaking to the UK’s Takeover Panel means Caledonia is unable to execute any share buybacks that would take the Cayzer concert party’s holding above 49.5%.

That’s important because — as investors at rival mega-trust Alliance are presently discovering — buying back shares can be an effective way of narrowing a large discount to a trust’s net assets.

Personally, I don’t think it does much good for ongoing shareholders. Yes, your shares are rising in value, but your company is spending your assets to get that result. It’s all rather circular.

The hope of course is that the discount will narrow faster than the rate you’re spending money to narrow it, as other investors should buy the shares if the discount widens too much, anticipating it will be closed again by buybacks.

But it doesn’t always work that way.

Worries about what’s under Caledonia’s kilt

It’s all rather moot, anyway, because Caledonia isn’t buying back substantial amounts of shares.

Instead, we’ll need to see a decent investing performance and a change in sentiment to narrow the discount.

The key to the latter, it seems to me, is that a big slug of Caledonia’s money is in private equity funds or directly invested in unlisted companies (including, rather fittingly, 100% ownership of The Sloane Club in London) and the market seems to lack confidence in these unlisted holdings.

A similar argument was made a couple of years ago to justify the discount at RIT Capital Partners, the family vehicle of the Rothchilds.

Indeed, I discussed RIT Capital Partners on Monevator when it was trading on a double-digit discount in 2009. Since then the discount on Jacob Rothchilds’ warchest has turned into a premium, and anyone who bought the shares when I wrote has seen a return of around 46%, versus less than 29% in the FTSE 1001.

This return is especially impressive when you consider that RCP was holding plenty of cash at times – although equally it was also invested in flightier foreign markets, too, so the comparison with the FTSE is a crude one.

My highland fling with Caledonia

While RIT has an even more stellar ten-year record than Caledonia on most measures, the main reason for that recent outperformance is simply that the discount on its shares disappeared to become a slight premium. This transformed the trajectory of its share price.

I think RIT has a good chance of doing well from here, too – and to retain its value better than a tracker should the market dive — and I still hold some.

What I’d class as the easy justification for investing in those shares has passed, however. If anything, the slight premium bothers me.

But the window has not yet passed for Caledonia. The fund sits at a 20% discount despite the fact that net assets were ahead 6.5% over the past year, versus a 5.4% performance from the All-Share. Consider that it has 6% or more of its money in cash, and the 20% discount looks even more untenable.

Yes, Caledonia has a new manager, who seems to favour resource companies over the financial firms that long dominated Caledonia’s roster (and the CVs of some of his aristocratic forebears).

And yes, he’s also reshaping the trust’s strategy to concentrate on fewer holdings, where Caledonia’s investment can result in a more meaningful influence at board level, as well as looking to boost the trust’s market-lagging 2.2% dividend yield.

Even on this last point, Caledonia already has a 44-year history of raising its dividend – another super achievement.

Yet the market seemingly prefers to fret that this £1 billion company has lost nearly £200 million of its value down the back of an antique sofa than to look at its medium-term history of wealth preservation, market-beating returns, and a growing income.

I think the market is wrong. It’s true that buying trusts on a discount can be a hit-and-miss affair; the market isn’t entirely dumb, and often the discount correctly anticipates dawdling performance or worse.

But I think the old money factor tilts the odds in Caledonia’s favour. In my worst case scenario, the discount doesn’t narrow much and I buy into a secure and rising dividend with one-fifth knocked off the price.

If you too are tempted to invest in Caledonia, then you’ll want to read the latest annual report to see where it is putting its money and how recent changes will affect its portfolio going forward. As ever, do your own research – I am not responsible for your actions.

My own money is where my mouth is. I’ve put roughly 6.5% of my net worth into Caledonia Investments, and writing this post I’m thinking to myself that this sum could rise still higher!

Note: I take no responsibility for the accuracy of this post. Read my disclaimer.