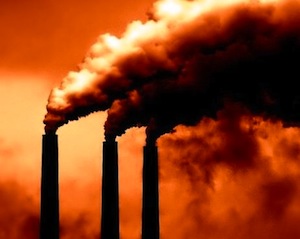 Important: What follows is not a recommendation to buy or sell shares in any company. I am just a private investor, sharing my notes for general interest. Please read my disclaimer.

From time to time the world goes crazy for conglomerates – those sprawling hodgepodges of factories, farms, listed firms, bonds, gold coins, debts, and fancy art hanging in the company’s lobby.

Of course, if instead of ‘sprawling hodgepodge’ I had written ‘mighty empire’ then perhaps you’d now be thinking they sounded like a better bet.

Such is the nature of conglomerates!

While rationales are made for or against their existence in one decade, only to be turned on their head the next, I think their popularity comes down to perception, or even mere fashion.

Cheap conglomerates and trusts trading at a discount

I don’t think investors like conglomerates at the moment.

If you extend the definition to include family-dominated investment trusts – and I think you can, at a pinch – then I think you can argue that sprawling hodgepodges of all kinds are cheap.

From time-to-time I even wonder if I should liquidate my own sprawling portfolio of investments, and instead simply divide the proceeds between four or five carefully selected mega-holding companies, given the discounts to historical valuations that I see.

It’s just an idle thought, but considering you potentially get to own the same sort of assets in aggregate – but at a discount, albeit minus management’s fees for managing them every year – then it has a certain logic.

When I invested a chunk of money for my mother earlier this year, I included a couple of deeply discounted trusts in the mix for this very reason.

The cut-price holdings of the rich

It’s true that most of the wealthy family-run global investment trusts listed in London haven’t been shooting the lights out performance wise recently, but I don’t think that fully explains their big discounts.

Hansa Trust, for example, was trading at a discount of 30% when I bought it for my mum. The non-voting shares (HANA) have now narrowed to a 25% discount, but that’s still a steep markdown on what’s ultimately a collection of listed companies (albeit a heavily skewed and idiosyncratic one).

Caledonia Investments, which I wrote about last year, has also lurched from pillar to post, and is currently on a discount of 23%. Caledonia recently bought a collection of five US operating businesses that make the sort of widgets and gizmos that define the cliché of a conglomerate. I like its timing, but I doubt the market will be convinced for a while.

Even the mighty RIT Capital Partners is on a discount, albeit just an estimated 5%. It’s more often on a premium. Lord Rothschild, its top dog and major shareholder, is raising the dividend paid by the trust, no doubt because income is all the rage in today’s low-yielding world. That’s quite a reversal, given RIT used to be a go-to investment for modestly high net worth individuals who wanted to focus on capital gains.

An income stream is a handy thing to receive if you’re hanging about for months or years waiting for a discount to close. Caledonia is also looking to raise its dividend, but that hasn’t helped the discount much so far, nor done much for performance.

Even I got bored of holding Caledonia earlier this year and swapped it into something else, since when it’s reliably enough started to rise.  My mum’s investment in Caledonia did better – she’s up 10%!

Turning to the US, two classic conglomerates I like and hold look cheap compared to their assets, although the nature of the beasts is that as investors all we can do is compare how they’re trading with their stated asset values – and our own best guesses of how much that underestimates their true (or intrinsic) value.

You’ve heard of the first, Berkshire Hathaway. It got so cheap last September that the legendary pair of tightwads at the top, Warren Buffett and sidekick Charlie Munger, started muttering about buying back its shares.

The price swiftly rose above the level at which Buffett said he’d do the deed – that tends to happen if the greatest investor of all-time says he’s going to start buying a company – but they’re still well below most estimates of intrinsic value, which has historically been a better (if uncertain) guide to Berkshire’s value.

I hold and see at least 50% upside in better times just on a reversion to its more usual rating to its assets. And I think it could do even better, given the sort of US focused companies it owns, which should do well as US housing recovers.

Curiously enough, Leucadia National Corporation is run by two old outstanding investors as well – but there the similarities end. Leucadia has historically been a deep value outfit, whereas Buffett now buys quality firms like Coca-Cola and American Express. But, like Berkshire, Leucadia has still compounded book value by an average of over 20% a year for decades. (That’s an incredible millionaire-making rate, just to be clear).

Almost everything these guys have been doing in recent years, I’d do myself – from buying timber firms and a beef company, to setting up a unit with Berkshire to capitalize on an upswing in US mortgages. We might all be wrong, but it’s the reason I’ve bought the shares – together with a price that implies they’re trading below book value. In happier times Leucadia can go for as much as twice book, though roughly 1.5x is more typical.

I could go on and on. Investor AB is a Swedish listed company on a big discount. Until recently the mega-successful Jardine Matheson conglomerate of Singapore was another, though I’ve just checked and found it has come back in recent weeks.

An interesting place to look for potential opportunities in this space is in the holdings of the British Empire Trust, whose manager spends his days trying to find big and diversified concerns going cheap.

Why conglomerates are unpopular

If you’re going to foolishly stray from passive index trackers to bet you’re cleverer than the market, you’d better have at least a few reasons why you think a share price is wrong and you’re right.

I could well be fooling myself, but I can think of half a dozen reasons for conglomerates and the larger, more exotic investment trusts to currently be in the doghouse.

Low income – After not caring about dividends for decades, now income is all some investors want to know about. Berkshire pays nothing, and Leucadia very little. As mentioned RIT used to turn its aristocratic nose up at letting cash go out the door too, but that’s changing. Ditto Caledonia. It’ll be interesting to see if it makes a difference to their discounts.

Opacity – In the wake of the financial crisis that saw hedge funds implode and Bernie Madoff’s wonder-scheme exposed as a sham, investors are less credulous about asset allocators adding value. All the companies cited except for Hansa include unlisted assets on their books – and we’ve seen big discounts on private equity since the crash – while even Hansa is a Russian doll of assets nested into assets. Of the companies I’ve cited, I’m confident Berkshire, Leucadia, and RIT Capital are run by market-beaters, but investors may rationally be demanding a safety margin for now.

Liquidity/optionality – Markets have gone sideways for the past year, so professional investors have been trying to make money by switching in and out of particular sectors according to the appetite for risk. Combined with a general fear of being lumped into something that falls further than the market in a panic, the lack of flexibility when putting funds into a holding company in this environment might be causing some of the discount.

Cheap money – Conglomerates compete with private equity firms and others for opportunities. When money is expensive, the cash flow their businesses generate and their own credit worthiness might be worth more than it is today. This thesis is a bit of a work-in-progress for me, but Leucadia has said it’s been affected by something similar.

Too contrarian – By their nature, good capital allocators are contrarians. Berkshire and Leucadia’s bets on US housing and Rothschild’s and Hansa’s sticking with commodities and emerging markets haven’t been flavour of the month for, well, many months.

Wrinkly management – Elderly managers head up three of these firms (Berkshire, Leucadia, and RIT Capital), and it’s often said they’re being discounted for this reason. I could write a whole other post on why that’s misguided, especially in the case of Berkshire, but that’s for another day. Besides, great investors live longer!

Disinterest / Lack of funds – Ultimately closed-ended funds and conglomerates are subject to supply and demand (in contrast with open-ended funds). The general lack of enthusiasm for equities and the continuing draining of money from the markets by pension funds and other big institutions may be sapping away the bid for these entities.

All of those ideas are subject to debate. For instance, some investment trusts are trading at premiums, especially the income trusts (which fits my thesis) but also the likes of Lindsell Train (which doesn’t, though then again he’s very young).

I think there may be long-term opportunities to beat the market here. But you’ll have to make your own mind up and read extensively into each company if you fancy getting a mogul and his empire on the cheap.

Note and disclosure: Of the conglomerates and investment trusts mentioned, at the time of writing I own shares in Berkshire, Leucadia, RIT Capital Partners, and Hansa Trust. It wouldn’t take much to see me buy back into Caledonia, either – I can’t let my mother have all the fun.

Previous post: Why RDR is painful for passive investors