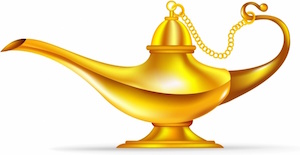 These reserves, you’ll be told, are a hidden benefit of investment trusts – one reason the so-called dividend heroes have been able to grow their dividend payouts for 20 years or more.

The reserves will be compared to a rainy day fund. Some journalists will be more explicit, talking about trusts keeping back “some of the cash for the bad times”.

This is a typical from the Financial Times:

During bad years when dividends may be scarce, the investment trust can dip into the revenue reserve to either maintain or grow the trust’s own dividend payments.

Investment trusts can put some dividends aside for a rainy day.

They can hold back up to 15% of their income in good years so they can top up dividends paid to investors in the bad years.

These statements are right – but they may give you the wrong impression.

It’s true that most investment trusts have a revenue reserve.

But this reserve is simply a bookkeeping entry. It’s not a pot of cash tucked away in the fund manager’s attic.

Tapping the revenue reserve will enable a trust to maintain – and even grow – its dividend. But there’s no adding a few notes from a fat wodge of crisp £50s going on here!

Instead, the manager will do what else anyone would if they were short of a few bob and needed income.

They will sell some of the trust’s investments (its net assets, or NAV) and pay out the proceeds as part of the dividend.

You may be wondering then why everyone bangs on about revenue reserves? Are they useless – like some vestigial organ we’ve outgrown?

Well, not exactly (although trusts have indeed evolved in recent years, as I’ll get to before we’re done).

The first thing to stress is investment trusts really can provide a steadier level of income than open-ended funds, thanks in part to those revenue reserves.

That’s because a standard open-ended fund – whether an index fund or an active fund – must distribute all of the income it receives to its investors at regular intervals.

This means the income you get from such a fund will fluctuate with the payouts it recieves from its holdings.

In contrast, investment trust rules state they only have to pay out 85% of their income each year. The remaining 15% can be allocated to revenue reserves.

If the income the trust receives from its underlying portfolio dips, the trust can then top-up its own dividend by getting extra money via these revenue reserves.

So from an investors’ perspective, the trust’s dividend really has been ‘smoothed’. That may be preferable for planning purposes, for example, and the revenue reserving malarkey has done the job.

But there’s nothing magical going on.

At some point in the mists of time, this trust received some cash, paid out less than 100% of it, kept the change, and added to its revenue reserves bookkeeping entry. Now it’s paying that out later.

In contrast an investor in an equivalent open-ended fund would have received a higher payout (i.e. 100%) earlier.

So it mostly comes down to personal preference. Do you want to get your income as it comes from an open-ended fund, or would you rather have a manager smooth the payouts for you?

If I was using funds for retirement income, I’d rather the steady option, particular if I was getting on. Not having to think very hard is a big benefit of an income investing approach in my view. But your tastes may vary.

Of course many investors don’t care either way. They prefer a total return approach to investing. Their strategy is to sell a percentage of their portfolio to generate whatever spending money they need (as detailed in The Accumulator’s many articles on the sustainable withdrawal rate).

Again, personal preference. According to financial theory it should all work out the same in the end (assuming you’re comparing like-with-like).

Dividends paid out from capital profits

Why is this article still going? Aren’t we done?

No. There’s some mopping up to-do, because nothing is ever simple with investing.

Firstly, in 2012 the rules were changed so that investment trusts could pay dividends from money raised by selling their profitable investments – even though these capital profits weren’t ever allocated to a revenue reserve!

I forget why the rule was changed – probably something to do with offshore funds – but as far as I can see it’s made the whole concept of revenue reserves a bit moot. Perhaps these days they’re mostly a marketing gimmick?

There are now investment trusts that explicitly state they will pay, say, a 4% income, by selling 4% of their net assets over the course of a year.

If one trust can do that, I don’t see why another can’t sell any investment it has made a profit on – or cash it previously earned from selling profitable investments – to top-up an underweight dividend.

One niggle may be that trusts are companies with their own articles of association, so it may require shareholder approval to change the rules.

But they’ve had since 2012 to change the fine print – and were advised to by their trade body – so you’d hope most would have.

Years of dividend cover in reserves

Second bit of mop-up – the juicy-sounding concept of ‘years of reserves’ of dividend cover, which also invariably comes up in those revenue reserve articles.

As IT Investor wrote last week:

55% of trusts that pay a dividend have a revenue reserve covering at least 0.5 times their most recent annual payout.

An impressive 45% have reserves of at least 1 times their latest annual dividend.

If we assume dividends fall by a third this year and take two more years to get back to 2019 levels, then a trust needs about 0.5 years in revenue reserves to see it over.

You can find out how many years of (notional) revenue reserves a trust has by reading its annual reports. Or you can dig around on the AIC website.

However following on from what I’ve written above, I don’t believe it matters much anymore.

Trusts can now pay dividends out of capital profits, so a trust with zero revenue reserves could increase its dividend if it wanted to, presuming it’s made some profitable investments

I suppose in a bear market that’s not guaranteed, especially for newer trusts.

Then again if a trust is seeing income fall and no gains on its investments, is this really a good time to be returning cash to shareholders? Is it even a trust you want to own?

Finally, I should say that as far as I know a trust could actually keep its revenue reserve in cash. And most trusts do hold a little bit of cash, after all.

However if you study their portfolios or read their annual reports, there is usually little indication this is the case – or in fact any sign of how a revenue reserve is actually invested.

To give an extreme example, the Caledonia trust said in its 2019 annual report that it had £1,794m in reserves:

“…broadly equivalent to 55 years’ payment of the current annual dividend, which could be used to smooth any investment income shortfall.”

Those revenue reserves are more than the current market cap of the trust! And as of that report, the trust held only £112m in cash.

Almost all Caledonia’s assets were (sensibly) in more productive investments, such as property, equities, and bonds.

This makes Caledonia perhaps the most glaring example of the fallacy of the ‘piggybank of cash’ mental model of revenue reserves.

The ability of investment trusts to smooth their income payments is a nice enough feature. But don’t get bedazzled by talk of revenue reserves or hints of some semi-magical ability to plump up dividends.

To make up for a shortfall income, investment trusts will mostly have to sell capital, just like anyone else.

I like investment trusts, but they are much more complicated than normal funds. You have to get your head around premiums and discounts, and they can use debt, too, so will usually be more risky than an open-ended equivalent.

So – ahem – reserve your enthusiasm.

Next post: Weekend reading: The alchemy of turning uncertainty into risk

Previous post: How diversification worked during the Global Financial Crisis