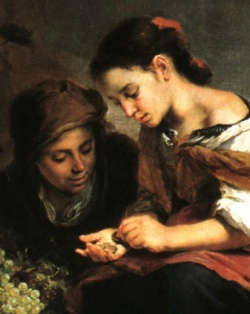 Important: What follows is for general interest, not personal investment advice. I am a private investor, not a financial advisor. Please read my disclaimer.

Chalk up another scalp to the efficient market theory. Roughly ten months after I bought it, our demo High Yield Portfolio (HYP) that I put £5,000 of my own hard-earned into on 6 May 2011 is lagging the FTSE 100.

This isn’t exactly a shocker – we don’t run all those articles extolling passive investing for nothing!

Still, I wouldn’t be human if I wasn’t mildly miffed.

I didn’t propose the HYP as a market-beating vehicle, however. Like its Motley Fool promoter, Stephen Bland, who has been banging the drum for one-shot income portfolios for over a decade, I see a HYP’s main aspiration as delivering a superior and rising investment income.

Yet the decision to buy a HYP is hardly the only option. For that reason, I plan to track how our demo HYP does versus a couple of other equity-based investments over the years ahead.

I won’t compare it to murky structured products, pseudo-bonds, offshore tax wheezes, or anything of that sort. You’re on the wrong site for that, I’m afraid!

What about a cash or annuity comparison?

I don’t propose to closely track how £5,000 kept in cash or in gilts would have done over time.

With all income assumed to be spent each year and no prospect of a capital gain from cash, any comparison would become increasingly useless.

Suffice to say that with base rates at 0.5%, my HYP’s starting yield of 4.3% was much higher than the best instant access cash rates available. Even locking away your money in a fixed-term deposit wouldn’t have got you more than about 3%.

Where the comparison with fixed returns would be more useful is with an annuity.

I think HYP’s are best thought of as an instant way to buy income for now and the future. They are much more a (far riskier) alternative to buying an annuity, say, than a method for beating the market.

To that end, I wish I’d looked at what annuity rates were available when I bought the portfolio, although I don’t think they’re much changed today.

For the record, according to the Best Buy tables from Hargreaves Lansdown on 1 March 2012, a 65-year old male can buy:

The first equates to a yield of 5.9%. Much higher than the HYP, but with no inflation-proofing. The escalating annuity will rise over time, as I expect the HYP income to, but its starting yield is lower at 4.1%.

If anyone has access to a snapshot of rates in May 2011 so we can get a more accurate line in the sand, please do let me know in the comments below.

Remember that annuities are very different beasts to HYPs. They are guaranteed to pay out, for starters! A very pertinent consideration once you’re income-earning days are behind you. I’m many years from retiring, but I expect to convert some portion of my funds into an annuity when I do so for this reason.

On the other hand there’s no practical age constraint to when you can buy a HYP, unlike with an annuity. An annuity isn’t really a credible alternative if you’re under 55 and looking to live off investment income, even if you’re prepared to accept a very low yield.

Comparison with the FTSE 100

Given the portfolio’s constituency of mainly blue chip British mega-caps, the most straightforward benchmark is the UK’s index of 100 biggest shares.

Passively tracking the FTSE 100 offers a simple way to get a relatively high and hopefully growing dividend yield, as well as cheap exposure to capital growth in what’s a very globally-facing stock market.

I plan to track the portfolio against the iShares FTSE 100 ETF (Ticker: ISF). Like the HYP constituents, it’s stock market-listed. Comparison with this ETF should also make calculating income due a fairly straightforward task.

There are cheaper trackers available, but ISF is good enough and a popular choice among investors.

This exercise isn’t really about scientifically proving anything, anyway. Rather it’s to give interested readers a semi-regular insight into the indolent management of a largely hands-off portfolio of income producing shares, versus a couple of alternatives.

I’m growing ever fonder of income investment trusts as the years go by. I have been impressed with how the cash reserves retained by these trusts helped them ride out the dividend cuts of recent years without cutting their payments to shareholders.

If you can get income investment trusts when they are trading at a discount to NAV, I think they offer an excellent way to buy an above-market income that will hopefully rise ahead of inflation.1

With these trusts you do pay management charges (just as you do with open-ended equity income funds, which I am not as fond of but which are a reasonable alternative). This makes them more expensive to run than a tracker fund, let alone a portfolio of directly held shares.

On the other hand, once you’re into the spending phase of your investment life-cycle, costs are slightly less of a concern, given you’ve less time for their impact to mount through reinvested compound interest.

What do you get for paying these higher costs? A portion of the trust’s revenue reserves for one thing, as well as its ability to use gearing when the manager thinks shares are cheap. (Your own bank would surely baulk at giving you a loan to buy shares in a bear market!)

You’re also paying the trust’s manager to do some managing for you. It is inevitable that any portfolio of shares – even big and supposedly ‘safe’ blue chips – will have a few blowups and other challenges along the way. Buying a trust outsources all this bother.

Enthusiasts will argue your manager can deliver extra returns through superior stock picking. I wouldn’t bet on that; any out-performance is most likely to come through the tilt towards more value-orientated dividend-paying shares, I think, rather than through specific stock picks. A few have managed it though, so you never know.

Because trusts go in and out of fashion – and to reduce management risk – rather than just pick one trust, I’m going to compare the HYP against a blended trio of income trusts I like and that at times I’ve invested in:

I bought the High Yield Portfolio on the 6th May 2011 using Halifax’s cheap ShareBuilder service.

Here’s where capital values stand to-date, with a caveat:

One thing to note is that the Demo HYP is a real-money portfolio – so it includes all dealing costs and stamp duty – whereas for now I’ve simply calculated the benchmark returns on their prevailing prices. This is probably worth about 0.75% to 1% of the differential with the trusts, though much less with the ETF, where there’s no stamp duty to pay.

Still, the portfolio is clearly lagging both the ETF and the trusts to-date. Not surprising, given I don’t see any reason why a one-shot portfolio of shares should beat the market, especially over eight months, but I am disappointed by the magnitude versus the FTSE 100, even allowing for the HYP’s higher yield.

The good news is income is holding up fine for our portfolio (as well as for the comparison investments, for that matter).2 That’s the main point. Long-term I want to see annual income rising steadily ahead of inflation, with minimal tampering from me, and with all income spent, not reinvested.

We’ll return to the HYP in May with a more detailed look at how the portfolio stands after one year, a recap of its first year of income versus the benchmarks’ payouts (and perhaps their return on a real-money basis) and even some fancy graphs.

Note: At the time of writing I own shares in all those you’ll find in the demonstration High Yield Portfolio.

Previous post: Tracking error: How to measure it and what it tells us