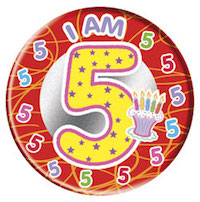 I promised a quick update on how 2011’s demo high yield portfolio (HYP) was doing from an income perspective – having already cunningly posted the exciting capital value update on the slow news day of June 23rd.

Okay, so June 23rd – aka EU Referendum Day – turned out to not be so dull, after all. And we all got distracted for a few weeks.

But now I’m back to share the income picture, and to muse a bit about what it all means.

An ultra-quick recap: You’ll remember I invested £5,000 of my own real money into this demo HYP back in 2011, and that I’m benchmarking it against two alternatives – a FTSE 100 tracker and a trio of investment trusts.

Please refer back to my most recent capital update for more on the whys and wherefores, including links to a mini-FAQ all about HYPs, this demo, and the benchmarks.

Today, as I’m already ludicrously tardy with it, I just want to cut to the chase and get those income details up!

So here’s a snapshot of how the demo HYP and its benchmarks are doing, both in capital terms (updated since 23rd June, because why not?) and in terms of how they’re kicking out income.

Note: ETF/Trust prices from Yahoo, dividends from iShares and the A.I.C..

A few things to note:

Here’s how the income has grown for each vehicle in the four years since my one-year update.

Thoughts (or bonfire of the vanities)

The first thing to say is that all three portfolios have been doing the business, growing the income they pay out compared to the first full year of coverage.

If you had invested in any of these options for investment income – whether for financial freedom or to help fund your retirement – I think you’d be pretty happy so far.

Of course, if you’d invested in the demo HYP and your next door neighbor had invested in the trio of investment trusts, then you might be somewhat less happy as you chat over the garden fence about shares, as we all do on those balmy summer evenings…

I’m a long time fan of UK equity income trusts. But I must admit that even I’m knocked back on my heels by just how well they’re doing here.

Both in capital terms and in the income they’re chucking out, our notional trio of trusts are soundly beating the two alternatives.

Now, like everything to do with this little side project we shouldn’t start claiming to be learning anything incredibly definitive here.

For one thing, five years is a short time.

For another, the trio of trusts is influenced by luck and any sliver of skill I brought to their selection.

There are dozens of trusts out there, and picking three different ones would have given you a different result.

For instance, the worst performing component of my basket of three trusts, Merchants Trust, is pretty much flat both in capital and income terms over the past five years, whereas the best, Edinburgh, is up over 50% in capital terms.

But it’s in the selection of 20 shares for the demo HYP that idiosyncratic risk looms largest.

And here I’m desperate to cry about bad luck – rather than blame my blundering incompetence – for the fact that no fewer than a fifth of the portfolio cut or even cancelled their dividends entirely at some point over the period.

BHP Billiton, Balfour Beatty, Centrica, and Tesco: Your names are mud to me now!

A fifth of the portfolio cutting their dividends is a terrible hit rate. You’d expect it to hurt the total income and it has, as the demo HYP doesn’t have any cash reserves to smooth payments like the income trusts do. (Cash buffers I’d suggest you implement for yourself if planning to live off investment income).

In fact, the dividend cuts mean the demo HYP last year paid out only £2 more than at the second anniversary point.

So what do I plan to do about it?

Nothing. This is a no-trading portfolio, remember, as explained in the links below.

Hopefully the income from the dividend dunces will be rebuilt. (Although I don’t doubt something else in the portfolio will be hacking and slashing at their payouts over time, too.)

This is a surprising result, and perhaps indicative of the times we live in.

But with earnings no longer covering dividends at the 350 largest UK companies2, it will be interesting to see how it and the other vehicles fare over the next few years.

Whatever the academic theory says, it’s hard for me not to imagine the trusts will continue to have the edge in an environment of further dividend cuts.

Here’s that pseudo-FAQ (it’s really a bunch of links to previous demo HYP articles) for those too engrossed to click away earlier, or who I’ve now confused into having more questions: