What’s the share trading strategy for the Monevator demo HYP? 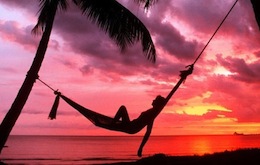 A question about the demo high-yield portfolio (HYP) I set up back in May 2011:

“I found the portfolio for income you did for your blog and have been following your website since but as far as I can tell you haven’t told us any trades since then.

I think it would be better if you told us what trades you are doing for this portfolio (and what is your overall trading strategy / aim).

Thanks and understood if you don’t want to disclose your strategy /  trades for privacy reasons.”

A simple query, with a simple answer: I haven’t done any trades in the portfolio.

All 20 of the shares I initially chose remain in place today.

This isn’t sheer laziness on my part (although my inner editor should have thought a bit harder about whether a demo portfolio that wasn’t traded would make for gripping blog fodder!)

Rather, the idea of this sort of HYP – into which I invested £5,000 of my own money to ‘keep it real’ as the kids used to say – is that you enjoy the dividend income, while leaving your shares to do the business.

If there is a trading strategy, it’s pretty straightforward…

Doing nothing is not nothing doing

People get hung up on seeking the best investments, beating the market, avoiding blow-ups, and maximizing their dividend income.

Never mind that every one of those aims – to “beat” and to be “best” – will prove impossible for most people.

It wasn’t always like this. In the old days, a wealthy gentleman or lady about town held a clutch of blue chip shares (and bonds) for income, and scarcely had any idea there was a market that they could fail to beat.

There were no index trackers to make things even simpler, but equally there was no CNBC to tell them they had to get out of Monkey Brain Holdings by teatime or they were toast. They might have reviewed their holdings with their accountant or banker if they should come into more money – or perhaps at family milestone, such as a coming of age or a death – but that was about it.

Obviously things could and sometimes did go wrong. But often enough, over the long-term, it seems to have gone right, too. And I think the approach still has some merit today, especially for those who distrust the paradoxes inherent in index tracking.1

I obviously didn’t notice this alone. Motley Fool UK writer Stephen Bland, for example, is just one of several writers to make a similar point. He’s done it best in his pieces about a fictional dowager called Doris, who enjoyed her dividend income oblivious to the huge wodge of shares that provided it.

Perhaps he eats a lot of vitamins. I wouldn’t dare expect my portfolio or its owner to live forever without a trade. But I wouldn’t wait up.

Practical reasons not to trade shares

Besides striking a blow for old-fashioned rentierism, there are other reasons why I don’t have a trading strategy for my demo HYP:

Others take a different tack. Rules that work for some people include:

Why I will end up trading in the portfolio

Ideally I won’t ever trade these shares. The total dividend payout will increase faster than inflation, and by 2020 we’ll be as shocked at how well things have turned out as any parent when their grumpy, smelly teenage boy turns up in his 20s with a nice new girlfriend and a haircut.

In reality, something will need to be done sooner or later.

A company will be taken over. I’ll need to reinvest the proceeds if it’s a cash offer, or possibly sell the shares if it’s a dividend-threatening merger. There will be rights issues, too, and maybe demergers. And while I’ve no rules, I may sell a shareholding if a company cuts its dividend or – more controversially – if I judge it’s likely to.

In addition, I will probably not ignore diversification, even if Doris does.

The danger with very long-term buy-and-hold is that one or more companies does particularly well. It then dwarfs the rest of the portfolio, which increases the risk. A related danger is that the dividend income stream from a particular company become a very large percentage of the total, leaving your income stream vulnerable to one bad blow.

When (not if) this skewing happens, it will be tempting to reduce the outsized holdings.

This is a tricky area. In long-standing buy-and-hold portfolios, it’s often a few big winners that deliver most of the returns. If you start trimming them too soon, you risk a mediocre outcome.

On the other hand, old portfolios that are never pruned can become fantastically lop-sided or top-heavy (as well as making their owners look like geniuses if you put too much weight into why they first picked a big winner in the first place).

The typical dabbler in shares asks if they should sell because a share has gone up 20%. In veteran buy-and-hold portfolios, you might find one that’s gone up 2,000%.

There are emotional factors to keep in mind, too, especially as this mini-portfolio is meant to be being run as if it was a significant-sized one – perhaps the bulk of somebody’s equity investments.

While it might be mathematically sensible to run your winners, in practice few people can handle having most of their money in 2-4 companies, with the rest of their holdings tagging along like gulls following a trawler.

Remember that this demo HYP portfolio is meant to explore (for me as much as anyone else) the ups and downs of holding blue chip shares for income.

I’m not claiming to have a secret method for picking the best 20 shares you could want on any particular Thursday. And I am certainly not saying that buying and holding blue chips for income will beat the market.

I used real-money to keep it realistic, and because I’m curious as to how it will turn out. Do note though that while there are similarities – I like dividends, and I don’t trade most of my portfolio much – this demo HYP is not even close to a mirror of my own wider investments.

Finally, because somebody always asks, I should say again I’m not reinvesting the dividends – see my previous post on why I’m withdrawing the income.

Right, back to the metaphorical hammock!