A history of UK inflation 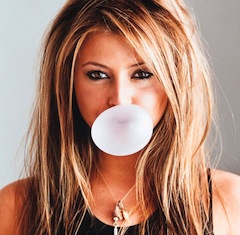 I’m pleased to introduce another post by Pete Comley, author of Monkey With A Pin and a much-debated Monevator article last year extolling the virtues of cash. This time it’s inflation that Pete has in his sights…

Most people think inflation is just one of those things that happens. That like the rain, it is a fact of life and almost appears like a random act of God. We have always had inflation and ever will. It is meant to be around 2%, but sometimes it goes higher and (much less often) a bit lower.

But if you look back into history, it was not always like that.

The following graph shows the UK inflation index – including the best attempts to historically replicate it where applicable – since 1750.

What this graph of inflation shows us is that for nearly 200 years, prices in the UK went up and down in a zigzag, largely influenced by good and bad harvests.

The graph also shows the impact of war. During conflicts, resource shortages and massive increases in money supply led to sharp price rises. However the graph shows that after the Napoleonic Wars and World War I, there followed a period during which prices to a certain extent came back down again.

But inflation did not come down after World War II. Since that time, UK prices have taken a very different direction. They have moved continually upwards.

To understand why – and what it means for us today – we need to understand the economic situation back then.

After the war in 1945, Britain’s finances were in a mess.

We had won the war, but in the process government debt had soared to 237% of GDP. The Americans had given us billions and then, after VJ day, demanded we pay it back. To make matters worse from this perspective, the UK had just elected a new Labour government that had promised to spend even more cash to nationalize everything.

The famous John Maynard Keynes, then working for the Treasury, said Britain faced a ‘Financial Dunkirk’.

But roll on just 25 years and Britain’s debt to GDP ratio had reduced to around 50%. A remarkable achievement!

How was this economic miracle pulled off by a country that was often described in the 1960s and 1970s as the sick man of Europe?

According to some detailed analysis of deleveraging by Ray Dalio of Bridgewater Associates, virtually all of the debt was just inflated away.

The UK’s ever increasing tab behind the bar

If you look at the government debt statistics, you’ll find that over that period, the UK did not net pay off any of that debt. Instead it actually increased debt, from £2.6bn in 1947 to £3.3bn in 1970.

Moreover, if you start pouring over the debt numbers – as I did for my latest book

– you’ll notice that no UK government has had a written plan to pay down its debts since Sir Robert Warpole in the 1720s! The government debt tab behind the Treasury bar has been rising for hundreds of years. You are still paying for the Battle of Waterloo today.

There are basically three ways governments can deal with their debts, if they don’t plan to pay off the capital.

Given the lack of much real productivity growth, the third route was the one that the UK (and other countries) decided to follow after 1945.

So how did this change in UK government attitude towards inflation come about? Who or what was responsible?

Clement Attlee’s post-war Chancellor must bear some of the blame for instilling an inflation policy into UK governments and the Treasury.

Hugh Dalton was one of the few Chancellors that the UK has ever had who really understood economics and public finance . He wrote some the first textbooks on the subject in 1923.

‘Comrade Hugh’ as he was known passionately strived against passive rentiers. Ideally he would have got the rich to directly pay off the debts after the war.

Instead he decided on way of making cash and bond holders pay by ensuring he kept interest rates low whilst fostering inflation – a policy that today we call financial repression.

Some of the responsibility also lies with John Maynard Keynes, although it was probably not intentional on his part.

Many aspects of Keynes’ economic thinking as expressed in his General Theory came to be adopted by postwar governments, both here and in the US. In particular, politicians somewhat simplistically interpreted Keynes’ writings as saying that if you wanted full employment you had to have a certain level of positive inflation.

A good example of this was in 1952 when the Federal Reserve in the US was granted greater independence, and specifically tasked to maintain “low inflation”.

What the US decided about inflation had a positive impact on the UK because of the Bretton Woods monetary system.

This in effect pegged the pound to the dollar, so inflation being created in the US was then exported to the UK. Both countries then benefited from the reduced burden of their debts in real terms.

We have inherited that system where having positive inflation is built into the very structure of our economy. And the Bank of England is tasked with ensuring we always have it, targeting a rate of around 2%.

The government has allowed contracts to be created that also stoke inflation – think rail fares that go up every year by above RPI, and the recent rises in tuition fees. They are but two examples. Indeed recently Merryn King was bemoaning the fact that nearly half of our inflation was caused by these government regulated prices.

As a result of the UK government’s bias to inflation, prices in the UK have gone up over a half since 2000.

The need for inflation in the economy is arguably more important now than ever, due to the escalating nature of UK government debts. Our budget deficit of £120bn a year is adding very quickly to our total public debt.

Indeed if you look at our projected debts for the next few years in inflation-adjusted terms (as opposed to a ratio of GDP) you can see the reason why inflation must continue in the UK, and why it will almost certainly will be helped higher by Mark Carney in some way.

[Many will see the Bank of England’s new linking of the inflation target with a 7% unemployment threshold as a move in this direction – The Investor].

Why inflation is a real danger to you now

What I think few people have fully appreciated though is that inflation now – even at 2-3% a year – has suddenly become a problem for us in a way it was not, even just five years ago.

As I discussed on Monevator last year, cash deposits for decades kept up with inflation. Even after subtracting basic rate tax, savings accounts were usually able to preserve wealth.

That all changed with quantitative easing, and more recently with the government’s Funding for Lending scheme. Interest rates are now a long way below inflation and I think they are likely to remain there for many years to come, ensuring anyone with cash will see its real value eroded.

An even larger concern in my mind is what is happening to wage inflation. Because of the recession, many workers have effectively struck an unwritten deal with their employers that they’ll take little or no inflationary rises in return for keeping their jobs. Average wage inflation is 0.9% vs RPI at 3.3%.

Moreover if you look at the latest four years of data for average gross income for all UK households, it has not grown a penny. Against that RPI is up 12.5%. We are all becoming poorer because of inflation.

Why income matters is that it also affects how effective inflation can be in helping reduce the burden of household debts, such as mortgages. It is all very well inflation being above 3%, but if you’ve not had a pay increase, inflation is not going to erode the real value of your debt.

In my view before we all rush to load up on ultra-cheap mortgages, we need to check we’re in a job that is certain to be awarded inflation-linked pay rises.

What history teaches us

Inflation is not a random act of god, like the rain. It is also not a mere by-product of a set of economic variables.

Inflation serves a specific purpose and has been effectively government policy since World War II.

Pete Comley’s book, Inflation Tax: The Plan to Deal with the Debts

, is now available from Amazon

Next post: Weekend reading: More murky ETFs are on the way

Previous post: ETFs and the peculiar effects of withholding tax