A bad time to fear the worst 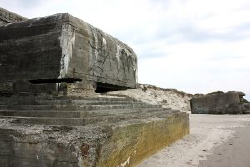 Yesterday’s dip in the stock market was seized upon as the start of the correction everyone expects after the crazy advance of the past six months.

Yet today the market has bounced back.

This has been going on for months now. It’s the classic ‘climbing a wall of worry’ thinking of a battered generation of investors who have been recently reminded that investing in stocks is not a one-way bet.

I can’t remember ever seeing as many bearish investors about. If you go down to the woods today, the surprise would be how hard it is to get a space at the picnic.

Of course, the stock market will dip again at some point. For all I know we’re in a bear market rally, and a 50% lurch lies just around the corner.

But I will tell you two things I’m sure of:

I don’t have a 50-year history of investing, but in my decade or so experience, bad things happen when everyone is saying good things, and when the problems seem few and far between — and are generally derided.

Eventually, something arrives out of the blue (e.g. the Long Term Capital Management blow-up of the late 1990s) or some new paradigm turns out to be the usual old rubbish (e.g. dotcoms can grow forever, or leverage is harmless) and then everyone has a wake-up call and sells off en-mass.

It’s a cliche stretching back to Ben Graham and it’s true.

Indeed, if the future can take anything from the past, then a good indication of trouble ahead would be an upturn in glowing articles in the press and on the bulletin boards about the fortunes made by private investors from share trading, as opposed to the current near-phobia of equities as an asset class.

Instead we’re served up a daily diet of macro-economic forecasts concerning interest rates, unemployment and GDP — despite virtually everyone, from the Fed and the Bank of England to Joe Punter in the street, having an absolutely appalling track record of predicting these variables.

Given everyone reads bad news all day, it’s hardly surprising that market gains are met with incredulity, if not a wailing of teeth and a wringing of hands.

Lots of people have been left on the sidelines — even Hitler!

If you think it’s been hard putting money into the market in recent months, just try in a few years when every tinpot enterprise is on a P/E of 15 and the market has doubled.

In my humble opinion, listed companies are still on fair-ish valuations, especially the bigger concerns, and earnings are very likely to continue to turn upwards from here.

I certainly bought repeatedly and far too early in retrospect at various mini-lows throughout 2008 before throwing my last reserves back in during the March lows. But I don’t think I’ll be disappointed in even the medium-term. Predicting the market over 12 months is a mug’s game.

I also dispute “nothing has changed”, as many commentators suggest.

Step back and look at the timeline over the past 24 months, and it’s almost unthinkable how much has changed.

We haven’t escaped scot free (but…)

I accept that to an extent much of what’s changed — from bank failures to Government intervention — represents a transfer of excess long-term liabilities from private enterprise to the Government.

Investors have also seen their holdings diluted by a flood of rights issues, starting in the financial sector but eventually spreading out across the market.

Both phenomena have quite properly seen the permanent destruction of a proportion of investors’ capital.

However that deed and the consequent damage is done. The time to be worried about whether your bank stock, say, was wildly over-leveraged, was back in 2007. Every issue is different today.

Yet despite this destruction of wealth, some people can’t believe we can escape from such a severe financial crisis so ‘painlessly’, as they put it.

Firstly, tell all those unemployed people that there’s been no pain.

More importantly from an investment viewpoint (since unemployment is a lagging indicator), in terms of the extra long-term cost, I expect future growth rates will be lower than if we’d never had the excess of the bubble — in as much as a proportion of the debt went into an unproductive asset bubble, as opposed to economically useful assets that can raise company earnings and national GDP over time.

Interest rates (and possibly inflation) will also be higher in the future, as will the tax burden, in order to pay for the errors of yesterday.

Equally, however, I suspect it was ever thus.

Investing — and the economic business cycle — has never been a perfect science. Indeed, if investing were a science it would be chemistry, with all its explosions, bad smells and fizzling out.

This then is certainly not the first time that future returns will be worse than might have been because of human folly. You could demonstrate that with any number of examples from the 20th Century, from speculative railroad investment and World War 2 to the aforementioned dotcoms.

Periods of wild excess and a painful hangover are part and parcel of capitalism, and so are wrapped up in those famous long-term returns for stocks that still average over 10% a year.

And capitalism also has an antidote – it is forgetful.

All this, too, shall pass. Don’t sit in your bunker until it’s too late.

Previous post: 7 ways to profit from other people’s folly