The 12 rules of successful investment, according to John Lee 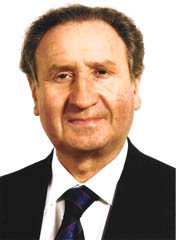 One of the UK’s most famous – and famously successful – private investors is John Lee (aka Lord Lee of Trafford).

Thanks to more than a decade of writing about his portfolio for the Financial Times, Lee has became one of the handful of go-to guys when it comes to navigating the woefully under-covered UK small cap scene.

Lord Lee also made headlines when he revealed in 2003 that he was an ISA millionaire – an impressive sum to amass in just 16 years, given that he made this million by compounding the mere £126,000 he was allowed to put into ISAs in annual contributions by that date.

And Lord Lee hasn’t just shared his wisdom with investors. The House of Lords peer and former MP also gave his time to agitate for regulatory changes, in particular having a key role in a tweak to the law to allow AIM shares to be held in ISAs.

At a time when many in government seem almost hostile to private investing, we’ve been lucky to have him on our side.

Lord Lee eventually tried to distill more than 50 years of his experiences as an active investor into his own book, How to Make a Million – Slowly

It’s not a definitive textbook on the dark art of active investing, but it is a very agreeable summary of the principles of investing in small caps, from an amiable, generous, and enthusiastic practitioner.

Read my review of his book if you’d like to know more.

As a taster, here are Lord Lee’s 12 guiding principles to successful investing:

1. Endeavour to buy shares at modest valuations – hopefully with an attractive yield and single-figure price earnings ratio and/or discount to net asset value / real worth.

2. Ignore the overall level of the stock market. Don’t make judgements on the macro outlook – leave that to commentators and economists. Focus on your particular selection.

3. Be prepared to hold for a minimum of five years.

4. Have a broad understanding of the PLC’s main business activity – one which makes sense to you.

5. Ignore minor share price movements. Looking back years hence you will have either got it right or wrong. Whether you originally paid, say, 55 pence rather than 50 pence will be totally irrelevant.

6. Seek out established companies with a record of profitability and dividend payments – avoid start-ups and biotech and exploration stocks.

7. Look for moderately optimistic or better chairman’s/CEO’s most recent comments.

8. Focus on preferably conservative, cash-rich companies or those with low levels of debt.

9. Ensure the directors have meaningful shareholdings themselves in the PLC and ‘clean’ reputations.

10. Look for a stable Board – infrequent directorate changes. Similarly with professional advisers.

11. Face up to poor decisions. Apply a 20% ‘stop loss’ – sell and move on. However, ignore the stop loss if there is a major overall market fall.

12. Let profitable holdings run. Don’t try to be too clever, i.e. selling and hoping the market will fall to buy back at a lower price.

It sounds straightforward, doesn’t it?

You just try being so sensible for 50 years!

A slow and steady way of active investing

I’ve been lucky enough to meet Lord Lee a couple of times, and he’s just as genuine in real-life as he comes across in his book – both in terms of his passion for investing, and in his surprisingly down-to-earth nature (especially for a multi-millionaire peer of the realm…)

As always the ‘house view’ of Monevator is that most people will do best by passively investing.

But if like me you’re one of life’s inveterate stock pickers, then I think you’ll find Lee’s sensible, business-focused investment rules are worth more than any number of bulletin board tips and irrelevant CNBC headlines.

Next post: Weekend reading: Why I give short thrift to calls for a ban on shorting

Previous post: Weekend reading: Diversification is definitely not for losers