A regular listener to the ThisIsMoney podcast, I’ve been waiting for Simon Lambert and his team to get stuck into the election manifestos for three reasons.

First, they’ve been trailing it for weeks and they were clearly ready to go.

Second, I am as curious as any other concerned citizen / consumer / tax-payer / wage slave.

But most importantly, I said I wasn’t going to opine about this election. I wanted to give myself – and Monevator – a break from politics.

Well, I’m half back-pedaling that today. (Hey, that’s politics.) It keeps coming up in the Weekend Reading comments, and, well, it’s obviously something of a big deal.

But I’m still not going to write about it… because ThisIsMoney and the Financial Times have done the job for us:

Both papers do deep non-partisan dives into the various manifestos. Read them and you’ll quickly get up-to-speed on the personal finance angle of the general election. For me that’s a sideshow with this vote anyway; your view may vary.

What’s that? You want some spice?

Labour plans a new 50 per cent ‘super rich rate’ of income tax above £125,000 but high earners will have to pay an even higher rate of 67 per cent before they get there.

A combination of the 45p tax rate threshold dropping to £80,000 and the removal of the personal allowance means that those earning £100,000 to £125,000 would effectively pay 67p in income tax for every extra pound they earn.

Despite outlining a radical revamp of income tax, Labour confirmed to This is Money that it would not remove the quirk in the tax system that sees the marginal rate of tax rocket for those lucky enough to see their earnings go above £100,000. […]

Clarifying and simplifying the tax system shouldn’t be controversial, but back in the real world it’s radioactive. Labour told Simon they have no plans to change the system, while the Conservatives didn’t even bother to give (or risk?) a reply.

Meanwhile over at the FT the still mostly wonderful (Brexit cheer-leading!) Merryn Somerset-Webb notes that before we soak the rich, we need to figure out who they are.

In fact, his take home earnings are not as much higher than the average as a first glance suggests.

That means the top fifth take home, on average, 3.4 times as much as the bottom fifth. That’s significant, but much less significant than the 11-fold difference in pre-tax pay.

It’s a point well-made. With that said, as I wrote a half-a-dozen times last week, I’ve no problem with anyone advancing the argument that he’s taxed enough already.

My despair was over his Blimp-ish reality distortion field. I think it was a man earning £80,000 shouting “liar!” at an MP while claiming he was in the bottom 50% of earners on his £80K that set people off, not the technicalities of wealth distribution.

This is the Weekend Reading to debate the financial aspects of the election, if you’re so-minded. But please keep it civil and as constructive as possible, and ideally focused on personal finance. Have a great weekend!

Help! Analysis paralysis is stopping me from investing – Monevator

The lifetime allowance for pensions – Monevator

From the archive-ator: How to live off investment income – Monevator

House price growth has been running below 1% for the past year, says Nationwide – BBC 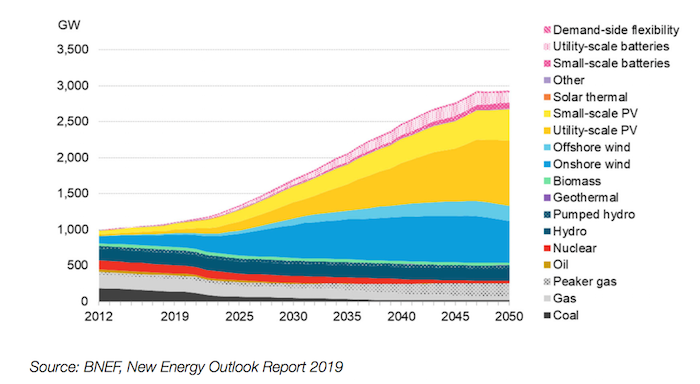 European investors have been slower to move to passive than US counterparts, McKinsey finds – Institutional Investor

Is the growth of passive investing increasing volatility? – The Evidence-based Investor

The best investment you can make – Of Dollars and Data

Passive investors, are you destroying your children’s world? – Simple Living in Somerset

Looking for opportunities? Here are four bear markets you can buy today – Fortune

Cryptocurrency will not die – GQ

“Are we there yet?”: General Election and Brexit

In the wake of Brexit, Amsterdam is the New London – Fortune

How does Boris Johnson not melt with shame? – Marina Hyde

How to Win Friends and Influence People in the Digital Age by Dale Carnegie & Associates – £0.99 on Kindle

The Wealthy Retirement Plan by Vicki Wusche – £0.99 on Kindle

Radical Candor: How to Get What You Want by Saying What You Mean by Kim Scott – £0.99 on Kindle

RESET: How to Restart Your Life and Get F.U. Money by David Sawyer – £0.99 on Kindle

An artificial intelligence predicts the future – The Economist

“Compare yourself to who you were yesterday, not to who someone else is today.”
Jordan Peterson, 12 Rules for Life: An Antidote to Chaos

Next post: Vanguard finally reveals details on its long-awaited SIPP