The rebooted US financial blog Get Rich Slowly posted some interesting data this week about the benefits of working the dreaded One More Year – or even a few more – before retiring.

It’s interesting to see the results recast as ‘standard of living’ rather than just dollars banked: 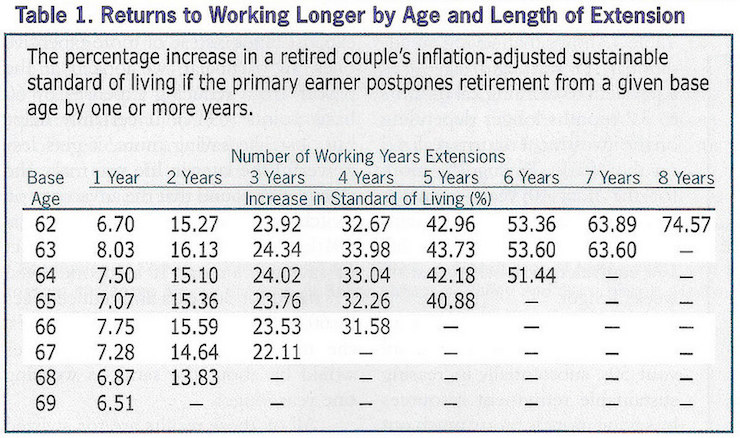 Note that the last time I highlighted similar US data, a wise comment pointed out the US retirement benefits system is different to ours. That may limit the read-across for UK readers.

Also, I feel Get Rich Slowly skips over a big reason why standard of living increases – which is that the years left living in retirement decrease, so the money doesn’t have to stretch so far! We’re not playing with an infinite resource here.

Still, I do feel that the benefits of working just a little longer to get a little more spending money forever are often too quickly dismissed – especially by the heads down and head for the exits FIRE crowd.

Consider the case of Retirement Investing Today. He revealed this week that working an extra year or so has given him a £300,000 buffer above his £1 million retirement target. That could be an extra £12,000 a year to spend on fun things – for life.

Of course that stupendous excess achieved in a short period of time is a massive extra lump of cash in anyone’s books. If you’re working on your local council golf course at £9 an hour it may seem pie in the sky.

But remember firstly that RIT put himself in this position through ten years of hard graft. He concentrated on working hard, as well as saving and investing – on climbing the corporate ladder, but saving rather than spending away the proceeds.

Indeed one reason why I applauded his decision to work an extra year was because it seemed to me worth harvesting the prime position he had put himself in. RIT will probably never be in such a position to sock away cash again.

And once you know you are financial free, the desire to actually deploy the F.U. fund diminishes. I’d bet his last year at work has been the least desperate.

The second thing? It’s all relative. If you’re looking to retire early and you’re on a lower wage, then you must have cut your cloth accordingly. (If you’re an ex-Cityboy sitting on a mega-nut and earning £9 an hour, feel free to call it quits yesterday).

The world is full of wonderful places, things, and experiences, but not all of them are free. I’m as big a fan of quietly reading a novel alone in a park on a Tuesday afternoon as you’ll find – I wrote the guide to living like a billionaire for next to nothing – but there are limits.

It’s also why I think those who do quit work should consider trying to find something they don’t mind doing for a day a week for money. Each to their own, but I feel some are too dogmatic about this.

A little more spending money goes a long way. We don’t have to be fanatics about this stuff.

From the archive-ator: Find out when you’ll make your million – Monevator

Government borrowing is at an 11-year low… – BBC

Councils are introducing landlord licence schemes costing up to £1,000 – ThisIsMoney

US dollar is overvalued 30% against the pound, according to Big Mac index – ThisIsMoney 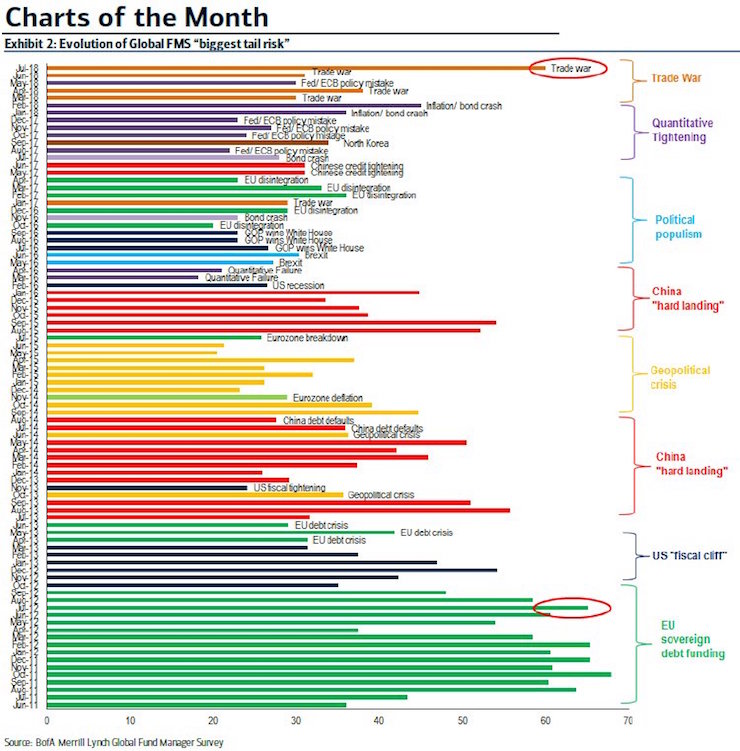 Cullen Roche: How the biggest perceived risk to the bull market has shifted – via Twitter

As prices rise, here’s how you can cut your energy bills by £400 – ThisIsMoney

The bottom and the top – The Irrelevant Investor

Priced out of parenthood – Guardian

It was you, Charley [Deep dive, for investing nerds like me] – Epsilon Theory

Einstein: His Life and Universe by Walter Isaacson – £0.99 on Kindle

The Honourable Company: History of the English East India Company by John Keay – £1.99 on Kindle

Moon Over Soho: The Second Rivers of London novel by Ben Aaronovitch – £0.99 on Kindle

From Anxiety to Zuckerberg: An A-Z of Brexit – Guardian

Fruit ‘left to rot’ due to labour shortages – BBC

Time is your most important asset – Of Dollars and Data

Do these 13 things every day – Ryan Holliday

Always go to the funeral [Missed this from last August, excellent] – Epsilon Theory

The age of floating transport – Citymapper via Medium

What was the full story behind Elon Musk’s Thai cave rescue effort? – Quora

“Basically, CEOs have five essential choices for deploying capital – investing in existing operations, acquiring other businesses, issuing dividends, paying down debt, or repurchasing stock – and three alternatives for raising it – tapping internal cash flow, issuing debt, or raising equity. Think of these options collectively as a tool kit. Over the long term, returns for shareholders will be determined largely by the decisions a CEO makes in choosing which tools to use (and which to avoid) among these various options. Stated simply, two companies with identical operating results and different approaches to allocating capital will derive two very different long-term outcomes for shareholders.”
– William Thorndike, The Outsiders

Next post: Weekend reading: Death to the Lifetime ISA?