Weekend reading: How could the financial services sector better cater for the likes of us?

The over-50s deal from Hodge features a fixed rate of 4.35 per cent with no term limit, meaning the borrower will never need to remortgage, or risk falling onto a standard variable rate.

The unique deal is a type of retirement interest-only mortgage, a relatively new type of home loan that lets a borrower take out a mortgage and then only pay back the interest each month.

We could have a spirited debate about the pros and cons of this innovation, but it actually sparked another thought.

Apparently only a few hundred people have signed up to them so far, even though there are tens of thousands of people who would appear to be in need.

Perhaps even 25 years isn’t long enough for some people to have a lightbulb moment – or maybe they all have a cunning plan?

What I found myself musing on though is whether financial services firms will similarly start innovating for people at the other end of the spectrum – modestly financially independent and asset-rich early retirees?

I’ve already explained how hard it was for me to get a mortgage, despite my technically not needing one. I was an ultra-low risk for banks, but they wouldn’t look at me because I didn’t fit their profiles.

Similarly, blogger ermine has explained that as an income-poor early retiree he might as well not exist in the eyes of many financial services companies.

The financial independence community sometimes ponders what would happen if it became mass-movement. Would the capitalism that makes it possible fall over?

I wouldn’t hold your breath for an empirical answer to that question. But on the level of day-dreaming it’s fun to wonder how financial services might be reshaped by a widespread shift to extreme-saving and ultra-compounding.

If you were granted one wish from the financial services industry for something for the likes of us, what is the first product or service you’d ask for?

From the archive-ator: Why a little passive income from a side project is worth a lot more than you think – Monevator 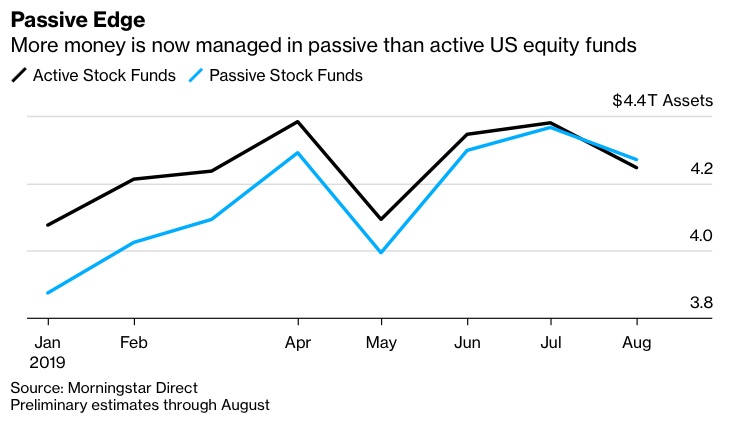 Is Grandad’s stamp collection worth anything? – ThisIsMoney

Banks hold £1.2trillion of our savings as we miss out on £1billion in interest each year – ThisIsMoney

Homes with a perk for sale [Gallery] – Guardian

“My boss lets me set my own salary” – BBC

Mercedes and me – Humble Dollar

Robert Shiller: What people say about the economy can set off a recession – New York Times

Why are so many fund managers men? – Behavioural Investment

The financial Turing test – Of Dollars and Data

How the WeWork IPO unraveled – Musings on Markets

This political crisis now goes far beyond Brexit. Our very democracy is at stake – Guardian

Even the Tories admit it: only duty free can get us through – Marina Hyde

Boris Johnson’s Week of Weeks has been a thing of wonder. We will not see its like again – Independent

Canvas of lies: what Dominic Cummings’ dress sense tells us about Brexit – Guardian

Period Power: Harness Your Hormones and Get Your Cycle Working For You by Maisie Hill – £3.49 on Kindle

Elon Musk: How the Billionaire CEO is Shaping our Future by Ashley Vance – £1.99 on Kindle

ReWork: Change the Way You Work Forever by Jason Fried and David Hansson – £1.99 on Kindle

What if we stopped pretending we can avoid the climate apocalypse? – The New York Times

Black hole at centre of galaxy is getting hungrier, say scientists – Guardian

“Learn from the mistakes of others. You can’t live long enough to make them all yourself.”
– Matthew Syed, Black Box Thinking