Weekend reading: Double trouble, or the lure of active investing

The IT Investor has a honeypot of a post up this week for active investing junkies. He’s dived into his investment trust data to sieve out what he’s calling ‘double doublers’ – investment trusts that doubled their share price in the first half of the last decade, then did it again in the second.

It sounds spectacular – it is – but qualification requires ‘only’ about a 15% return a year. You could have got a slightly better return from a US S&P 500 index fund, and many passive investors did.

The best double doublers did even better though, and the result is catnip for an active investing sinner like me. (Reminder: it’s my co-blogger The Accumulator who is Mr Passive). 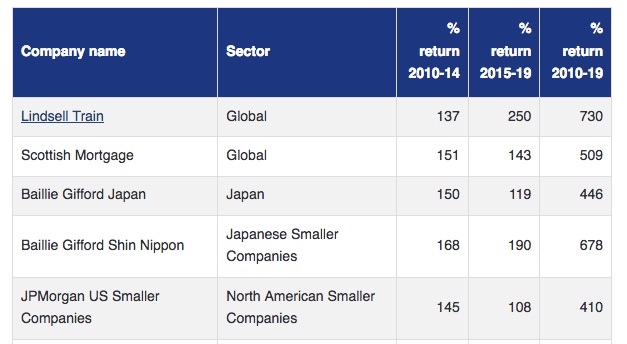 What’s particularly galling is I owned four of these five trusts at some point in the last decade – but I hung on to none of them for anything like ten years.1

The curses of active investors are indeed many and various. They’re not just down to the fact it’s a zero sum game, which guarantees net disappointment for average pot of money, after costs and fees. There’s also the way that even when you get it right, sooner or later it turns into wrong.

Well maybe you sell too soon. Or maybe you realize you should have bought more. Or dozens of variations on the theme. Stock picking is not a hobby for anyone who occasionally brings a box of old love letters down from the attic to tearfully wonder what might have been.

But it’s not a game for those who wouldn’t even keep the letters of their old flames, either. If you’re that rational, buy the market!

I did it my way

Despite all this, until we grow bored or are physically restrained, some unfortunates like me will always be there to continue the quixotic quest of trying to beat the market. If you want more ways to understand why, Robin Powell tackles the subject in a guest post on Humble Dollar this week.

Robin cites Meir Statman, a finance professor at Santa Clara University, who gives several good (/bad) reasons including this particular bugbear of mine:

Many investors, Statman says, frame their returns relative to zero, rather than relative to the market return — the performance they could have earned by investing in a low-cost index fund.

It’s been at least a decade since I’ve taken seriously any active investor who doesn’t benchmark properly. Yet go to a meet-up and you’ll find they abound.

Perhaps that’s because as the wonderfully-named Professor Statman says, many of us:

…need to feel that we’re better than average.

And nobody active investing to that end wants a number telling them otherwise!

Have a great weekend.

Also tons of interesting quirks, counters, and variations discussed in the comments – Monevator

From the archive-ator: Keep it simple, stupid – Monevator

Lloyds, Halifax and Bank of Scotland to charge up to 49.9% interest on overdrafts from April – MoneySavingExpert 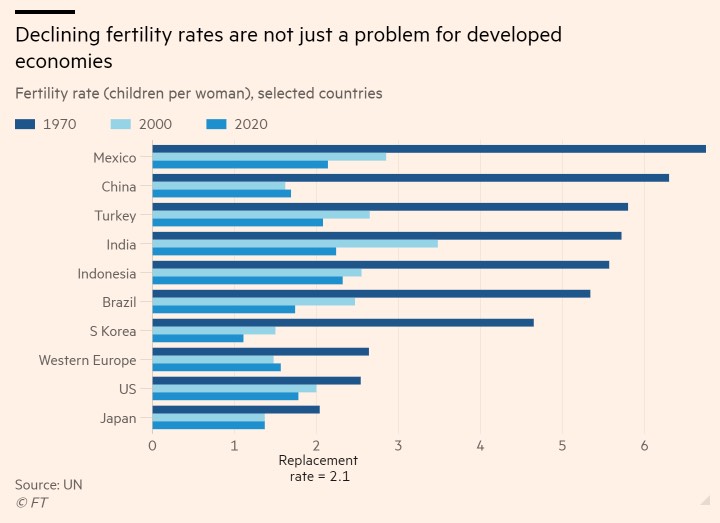 Visualizing the expanse of the ETF universe [Infographic] – Visual Capitalist

Wealth is what you don’t spend – Morgan Housel

The day the market crashes [Podcast/video] – Motley Fool US

This climb is different? Putting fears about tech firm scale into perspective – Of Dollars and Data

How older entrepreneurs are boosting their pension income – ThisIsMoney

Preparing for lower returns from US stocks [Look out! Plot twist] – The Irrelevant Investor

Rich and run out of room in your tax shelters? Consider a family investment company – Finimus

Here’s why you should rebalance – Morningstar

Doomsday Clock moved to 100 seconds to midnight; closest to catastrophe ever – Sky News

Punctuality is the single best indicator of success – Inc

When in doubt, make soup – Raptitude

Do you love doing the same thing over and over? Here’s why it doesn’t make you boring – Guardian

“When economists want to understand the most significant economic events in history, they rarely focus on the important narratives that accompanied those events.”
– Robert Shiller, Narrative Economics

Next post: How much wealth do I need in my ISA versus my SIPP to achieve financial independence?