Weekend reading: Cut it out 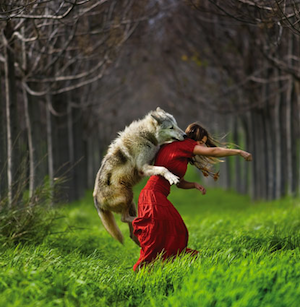 My Saturday ramble, then a list of great links.

Update: This post original began with a bit of a gender wars-style rant. I think it was fair but it didn’t really add anything, as one comment says below. I’ve deleted it.

I have mentioned before that – unlike me – most of my friends will only vote Labour.

Goodness help me that I should be stuck on an island with a bunch of Young Tories. To generalize, people who vote Labour and read The Guardian are more fun. They like better music. They eat properly. They read books. They’re not necessarily more generous to their family and friends, but they have an impulse to be more generous to ‘society’.

Alas, they are also less logical, less self-honest, and less apt to have a discussion about ideas versus feelings (especially their own).

If you want an example of this at its worst, read Johann Hari’s response to the cuts in The Independent, which was forwarded to me by several of my Labour supporting chums for a response.

Hari has form. His article on Goldman Sachs and the commodity bubble earlier this year was a similar wish list of miseries that he believes the super rich are inflicting on the super poor, high on hyperbole and deficient in sense.

Hari doesn’t care that free markets have overall led to falling food prices for 50 years. True, oil has played a big role, too, but closed economies that had access to industrial fertilizers failed to benefit to the same extent as the capitalist world. China and Russia had mass starvation under the central planning and price controls that Hari longs for.

The Haris of this world spurn the long history of human greed, war, and misery to claim we’ve deviated from some Eden that never in reality existed.

The simple fact is that to be alive now is the best it’s ever been for the common man — and better than 20 years ago, too. And that will still be the case in Britain after these cuts.

But I just realised I’m now going to be completely hypocritical and not address Hari’s distortions in turn. The sun is shining, and this post is late.

Besides, I’ve already ranted about one specific cut, child benefit, and once is enough for any blog in a month.

Hari and his ilk don’t listen, anyway. Resistance is fruitless.

For instance, Green Party leader Caroline Lucas was ranting on Question Time on Thursday night that the Government had gone out of its way to “hit the poor the hardest”. Evidence was immediately produced that in fact the top 2% – the richest – will be hit the hardest. She waived this fact away without an apology.

I guess “You’re hitting the richest hardest but also poor people will be poorer” just doesn’t have the same ring to it.

The simple truth is that the poor will suffer because by definition more of them are on benefits. But whether this is “the deserving poor” is a thornier matter. The Coalition seems to have gone out of its way to allocate extra money to the disabled, for instance.

Poor kids are a trickier issue. On balance money may be leaving such families, but at some point parents have to rediscover the link between fitting your life circumstances to what you can afford.

If less children were born into families that can’t afford them, more money could go to educating the rest and breaking the cycle of poverty.

One example that really brought home to me the gap between supporting the ‘deserving poor’ and our benefits system was the change in housing benefit rules about age, and what’s called the Shared Room Rate.

Following the Review, it will be assumed that someone claiming this benefit should be sharing a house with others (and so entitled to less taxpayer money) up to age 35. Previously, full housing benefit kicked in at 25.

What planet are these people on? With the exception of a few Trustafarians, I don’t know anyone in London who lived alone at 25. Even the aspirant Cityboys tend to share until they buy their Clapham pad at 30. Running through two dozen friends in my head – all in work, none on benefits – only one person lives alone under 35.

Imagine this sort of unearned and disproportionate entitlement creeping throughout the system, and you begin to see why the benefits bill is so vast, and why millions of people are unemployed (yet cared for by the State) while Polish migrants with some gumption come over, find work, and show what was possible all along.

There are disabled people in this country who can’t work. There are poor children who wouldn’t have a home without State assistance. Most people could never afford to fund their health insurance 100%. And nobody wants 70-year olds sleeping under bridges. All good causes.

So I’m for a State that cares where it should care. But overall, it should care less. And the politicians who trade public money for votes, and the journalists who peddle lies and exaggerations for a living (the starkest fact – despite these cuts – is that spending is going to keep increasing for the next four years!) – can go hang.

For proof, just hang out in your local cafe or student union or visit some relatives or trawl the online bulletin boards to hear which spending cuts people are moaning about.

Pretty much without exception – those that affect them most.

From the money blogs

Financial stories from the mainstream media

Previous post: Buying a property overseas: Is it worth it?