One of my occasional forays into the cruel and unusual punishment of Brexit. Not your cup of tea? Feel free to skip to the money links below.

Will August 2019 be remembered as the moment the Brexit brown stuff hit the fan? It’s a brave call – what with the three-year pantomime already resembling a bust-up between a mountainous Marmite stockpile and the London Array.

But so far it’s been mostly political, with one unprecedented crisis after another Parliamentary omnishambles.

Or, as the Brexiteers call it, the stupid economy.

We voted to be poorer

Even I wouldn’t imagine the UK’s just-revealed lurch into ‘negative growth’ last quarter was entirely due to our decision to shoot our own foot off.

The 0.2% GDP contraction between April and June – the first such shrinkage since 2012 – may in part be an unwinding of a previous growth boost the UK ‘enjoyed’ from companies frantically stockpiling before the last Brexit cliffhanger.

Also, Brexit’s fellow traveler over in the White House deserves some of the credit for the way in which he’s advancing America’s not unreasonable case against China. The resultant trade war is hitting German manufacturers as surely as Texan farmers and Chinese chip makers.

But I think we can mostly blame Brexit.

The UK economy applied the brakes with the 2016 Referendum result. Not entirely – we escaped a recession – but we’ve been losing momentum ever since. That lost growth had cost us £66bn by April, according to the ratings agency S&P. There’s been no positive news since then, and I wouldn’t be surprised if the figure is now significantly greater.

Given our depreciated currency, whatever the exact number is you wouldn’t want to see it in US dollars.

And remember – as we Remoaners are wont to remind-ya – Brexit hasn’t even happened yet! Nevertheless Brexit uncertainty intrudes into the reports of many of the UK companies I read, aside from the multinational behemoths.

UK retail, for example, is on its knees. If you’re confident of a post-Brexit bounce back (and you’re not too worried about Amazon) you can already buy listed commercial property REITs at a 40% or greater discount to the underlying assets.

As for British manufacturers, they seem to have made little from the weaker pound they’ve always wanted. (Big surprise, you can’t devalue your way into becoming Germany).

Not that manufacturers are of key importance to our service-orientated economy, unless you’re a blurry-eyed Leaver nostalgic.

And even if you are, don’t you dare bring fisheries into it. The entire UK fishing industry is about the size of High Street bike shop Halfords.

Down but not out

One episode of shrinkage doesn’t equal a recession, as an erectile dysfunction expert might say. We’ll need two quarters of negative growth for that.

Will we get it? Who knows but the omens aren’t good.

The likes of Chancellor Sajid Javid are always pointing to the resilience of the UK economy as a reason to be confident about Brexit. It’s true that unemployment in particular is very low.

But remember we were busy bouncing back from the deepest downturn for global economic growth since World War 2 when we voted for Brexit. Where would we be now if the recovery had continued unimpeded by the referendum-winning Gang Show?

Anyway, bragging about how great the existing trading framework is working even as you’re seeking to undermine it as a Brexiteer makes no more sense than Woody the Woodpecker hammering away at the branch beneath his feet.

The boys are back in town

Active investing in the face of this Technicolour episode of the Twilight Zone is a maddening enterprise and I envy all you sensible passive investors serenely sailing through it with globally diversified index funds.

I made an especially duff call a few months ago. I believed Parliament looked like it would prevent the Brexiteers from doing their absolute worst. The pound was rallying but it still looked potentially undervalued so I pivoted a decent chunk of my global funds back to Blighty and sterling.

Oops! As things turned out, the ultra-Brexiteers repeatedly voted against Brexit for their own Byzantine reasons, and the rest is history, Boris Johnson, and the pound back down at a two-year low.

Chastened by that experience, I have to consider that the worst case scenario could really come to pass on October 31st.

Boris Johnson is many things – most of them better expressed in Olde English slang about merkins and fopdoodles – but he’s not stupid. It’s hard to believe he really wants to preside over a no-deal Brexit and the likely consequences.

On the other hand we can see Team Leave are at work again now they’ve got the band back together, with Downing Street preparing to blame everyone else for the mess of their own making, from the EU to British MPs, cynics and pessimists like me, and no doubt poor Larry the Cat.

The latest wheeze from the Defenders of Democracy is to consider holding a General Election over the October 31st deadline so we crash out while there are no grown-up MPs at home to stop it happening. I saw a Tory MP interviewed by the BBC conceding the enemies of Brexit may try to thwart such actions “in the courts”, as if the law was something only a dirty foreigner would stoop to.

Let’s remember the courts have already upheld previous skullduggery by Remainers, such as that MPs should get a vote before triggering Article 50, precisely because it was, you know, the law.

I don’t see how MPs insisting the law should be followed are Enemies of the People – and I don’t want to live in a world where the courts aren’t there to protect the hard won rights of us little people against our rulers – but then I’m not a 55-year old Leave voter who talks as though I lived through the Blitz.

Let’s be realistic: We can’t rely on Sinn Féin to save us from a no-deal Brexit and the disintegration of the Union.

Yes, Brexit has brought us to a place where that sentence was not ironic.

So perhaps Johnson will go through with it, and this isn’t all an admittedly more plausible bluff.

He seems to me entirely the kind of must-win schemer who would turn over the Monopoly board as a kid, so anything is possible.

Maybe he’ll salvage his conscience by turning us into Singapore by the North Sea as the best way to benefit from the rotten hand of cards he’ll have dealt us.

It’s all very difficult, and I will certainly make more mistakes on the way to navigating Brexit from an investing perspective. It’s hard to win when you’re tossing a loaded coin.

One mistake I won’t make again though is to think the pound looks cheap while Brexit is still in play. That’s to fall into the same trap as the Brexiteers who point to the fact that our economy is doing well while we’re freely trading with our biggest trading partner as a reason to confidently derail the relationship.

The pound looks cheap against the world as we knew it. But we don’t know what’s to come.

We won’t truly know for years, most likely. If you’re a Leave fan who somehow read this far, please understand that one thing.

The day after we make our glorious break with the EU in a no-deal scenario, we go back to the EU and begin negotiations about trade. There is no escaping it.

Even assuming the EU partly saves us from ourselves (for its own reasons) by, say,  extending current arrangements in some kind of emergency status for an indefinite period of time, we’ll still be negotiating from an ever-weakening position.

The talks will go on for years. I’d bet you £10 that progress will be being referenced somewhere in the pages of the Sunday newspapers (or their digital equivalents) a decade from now.

It will never end. And something that five years ago most of us were totally relaxed about and basically ignored because it just worked will be an annoying buzzing in our lives indefinitely.

Meanwhile three years worth of Leave voters have passed away, leaving the EU has been revealed as like having your cake and eating it only in the same way as Henry 1st ate his surfeit of eels before keeling over, and we have a prime minister plotting to achieve Brexit by doing it while nobody is running the country.

And put a raincoat on.

From the archive-ator: The surprisingly savage way tax reduces your returns – Monevator

UK economy shrinks for the first time since 2012 – BBC

Government moots pension fix for doctors, but what about the rest of us… – ThisIsMoney 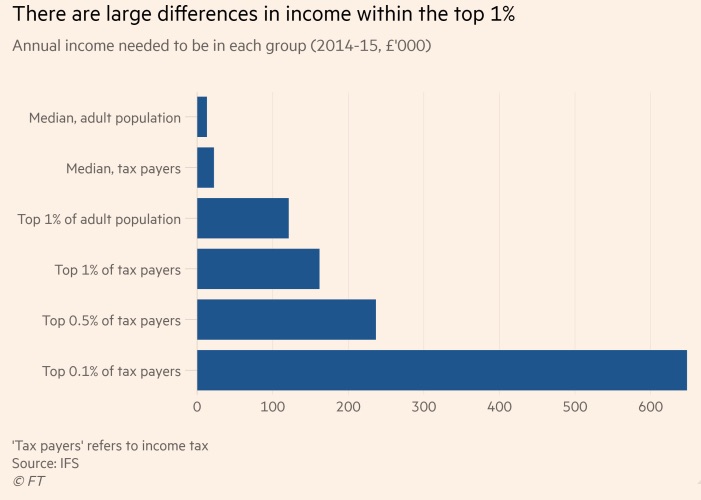 UK to stay in Interrail scheme after U-turn – BBC

Overpay the mortgage or invest instead? – The FI Fox

When money dies: On inflation, Bitcoin, and measuring value – Of Dollars and Data

More on living today and not always in Tomorrowland – Calibrating Capital

The doctrine of shareholder value has helped investors, not workers – Morningstar

Work is not a job, and the web of life – Simple Living in Somerset

bItCoiN iS [not] a SaFe hAvEn – Reformed Broker

Are Americans right to be so bullish about their housing market? – MarketWatch

Investing with a conscience in a complicated world – Abnormal Returns

Howard Marks on investing as a negative art – Novel Investor

No 10 cancels staff leave, hinting at likelihood of a snap election – Guardian

Sterling’s nosedive tells us the truth about Brexit – Guardian

Misbehaving: The Making of Behavioural Economics by Richard Thaler – £1.99 on Kindle

The Miracle Morning: The 6 Habits that Will Transform your Life before 8AM by Hal Elrod – £0.99 on Kindle

The Smartest Guys in the Room: The Amazing Rise and Scandalous Fall of Enron by Bethany McLean – £1.99 on Kindle

The Asshole Survival Guide: How to Deal with People Who Treat You Like Dirt by Robert Sutton – £1.99 on Kindle

“The sense I was clever was knocked out of me”: Confessions of university dropout – Guardian

10 years later, how has Andreessen Horowitz changed Silicon Valley? – Worth

Was email a mistake? – The New Yorker

Beware the ‘repowering’ generation – The Guardian

“The inability to envision a certain kind of person doing a certain kind of thing because you’ve never seen someone who looks like him do it before is not just a vice. It’s a luxury. What begins as a failure of the imagination ends as a market inefficiency: when you rule out an entire class of people from doing a job simply by their appearance, you are less likely to find the best person for the job.”
– Michael Lewis, Moneyball: The Art of Winning an Unfair Game

Next post: How to protect your portfolio in a crisis

Previous post: I asked the chief executive of a bank to give me a mortgage and he did