Before you make an investment, understand what you’re getting into 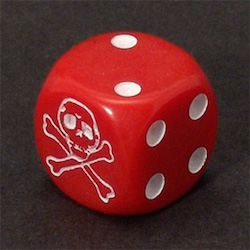 Consumer champions like ThisIsMoney and Money Box regularly report on people who’ve come unstuck with an investment scam, pseudo-bond, or other moneymaking scheme.

These media outlets do a good job highlighting dodgy financial advice – and outright scammers and crooks.

But too often it appears that neither the punter nor the journalist is aware of the investing risks that were being taking by these hapless members of the public, even when a particular scheme was legal.

Typically the victim – Phil, a 52-year old school teacher, Camilla, a 33-year old care worker, or Basey, a 19-year old student – doesn’t seem to have thought very hard about where they were putting their money.

They wanted easy gains, and they brushed aside any thoughts of investing risk.

I’m not saying there aren’t criminals after our money. Even the legitimate financial services industry has its sharks.

But we have to take responsibility, too.

As I look at the doleful portraits in a newspaper story about an investment scheme gone wrong – perhaps a ripped-off stay-at-home mum miserably holding a tomcat, and being hugged by a supportive but excessively bearded spouse – I have some sympathy.

But often only some.

Many people seem to spend more time deciding how to cast their vote for The Voice than they do thinking about investing their money.

And their aspirations can be crazy:

Such foolishness makes it harder for the rest of us.

Perhaps even worse is their tendency to go all-in with their life savings.

Never go all in. Assume every investment can fail you.

I wouldn’t even put all my wealth into the behemoth of trust that is Vanguard.

Yet some of these people will apparently sign everything over to a stranger who knocks on their door on a Wednesday night.

One investing risk or another

I’m probably being mean. It’s often pointed out that people who fall victim to scams often do so because they’re otherwise sensible who didn’t realize they’d wandered into enemy territory. In other areas of their life they’re competent, and that breeds a complacency.

There but for the grace of the regulator go I, and all that.

Yes, there are people with a lifelong history of chasing unicorns and rainbows to a steadily impoverishing affect. I’ve met a few.

But other people were just trusting or naive at exactly the wrong moment. The world would be a sorrier place if it was only populated by grizzled financial survivalists like us (I assume every investment I make can fail) who are always looking over our shoulders.

Also, frauds are one thing, but the investing risks that catch people unawares are subtler. Often the promoter transforms a visible risk into a hidden risk, and the mark is none the wiser.

You remember my slightly tongue-in-cheek first law of investing?

“Investing risk cannot be created or destroyed. It can only be transformed from one form of risk into another.”1

And so Phil, Camilla, or Basey sees one risk, but ignores another:

The fact is all investments are risky and can lose you money.

If you can’t identify the risk with an investment in advance, you shouldn’t go near it.

There really are innumerable ways for things to go wrong, so please see my bluffer’s guide to the main risks.

Then, next time you consider making an investment, think about which of these risks you’re taking, whether you’re comfortable with it – and whether there’s the potential for sufficient rewards to compensate.

Remember too that if something has an 95% chance of success, it wasn’t necessarily a scam if it fails. You could have just been in the unlucky 5% of dice rollers.

The presence of risk does not mean an investment is a bad one. All investments have at least some risk.

What matters is whether price is right for the risk you’re taking, whether you can afford to take that risk, and whether you understand what you’re getting into.

Let’s be careful out there.

Next post: Weekend reading: Where are all the billionaires?